Home Opinion Ending of TPS : Liberia Has No Capacity to Absorb Returnees 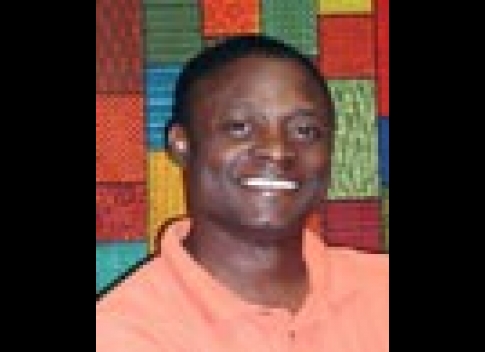 For over 16 years, nearly 20 thousand Liberians fleeing a vicious civil war benefited from an American government hospitality program called “Temporary Protected Status” (TPS), a stopgap immigration measure granted to eligible nationals of designated countries. The program gave Liberians the legal permission to live and work in the United States as long as conditions in their homeland remain precarious.

The civil conflict officially ended in 2003 with the ousted of former warlord-turned president Charles Taylor, who now awaits trial in The Hague for war crimes for his support of rebels in neighboring Sierra Leone.  A new government was inaugurated in January, headed by Ellen Johnson-Sirleaf, the first female head of state in modern Africa and the Diaspora. Over 10-thousand United Nations peacekeepers are providing security and coordinating humanitarian relief, buttressed by an armada of local and international non-governmental organizations.

This relative peace has prompted the U.S. Citizenship and Immigration Services of the Department of Homeland Security to abrogate the TPS program effective October 1, 2007. This means Liberians, including nearly 1,200 of whom live in Minnesota, could begin returning home either voluntarily or by deportation, unless they can regularize their immigration status. This decision by the Bush administration has caused a migrainous effect amongst Liberians and will inevitably have a chilling impact on the nascent government of president Johnson Sirleaf.

The government justifies its decision by saying that conditions in Liberia no longer warrant this special status. It says the program should be terminated because “the extraordinary and temporary conditions that formed the basis of the designation have improved such that they no longer prevent Liberians (or aliens having no nationality who last habitually resided in Liberia) from returning to their country in safety.”

Indeed, the situation in Africa’s first republic, founded in 1822 by emancipated African American slaves, has improved markedly compared to any period during the war. However, after a devastating 14-year war, which killed 250 thousand, and displaced over a million people, the country is not ready to absorb a mass influx of returnees. Liberia is making baby-step progress as it tries to return from the abyss, but there is still a long way to go.  Road networks need to be reconstructed, housing is in short supply, the educational system is in shambles, and medical services are reduced to a few dingy clinics.

Despite a robust U.N. military and police presence, security remains tenuous with many nervous that the return of even a fraction of the Liberians on TPS would trigger new resettlement, rehabilitation, and safety worries. The sheer enormity of their plight combined with an 80 percent unemployment rate is mind-boggling. The government just doesn’t have the capacity or the wherewithal to care for all its citizens now.

There are three main ways by which Liberians could regularize their status: get married to a U. S. citizen or permanent resident; get a company to file a labor attestation on your behalf (commonly called H1B visa), the last and most plausible, is a congressional amnesty. But, putting Liberians on a permanent residency fast track would face fierce opposition, especially from supporters of the Mexican guest-worker program and other immigrant reform initiatives that are currently stalled in the Congress. Nevertheless, to compare the situation of the two groups is to not appreciate the complexity of their dilemma.

Liberians didn’t come to America by choice; those that made it to these shores came under the auspices of the federal government. They are victims of circumstance. Are we prepared to revictimize them again by sending them back to a land where they have no homes, where their love ones were maimed and killed, where they have no real attachment?  The ramifications are enormous, to put it mildly.

The writer is a professor of African studies at the University of Minnesota. He was born in Liberia.