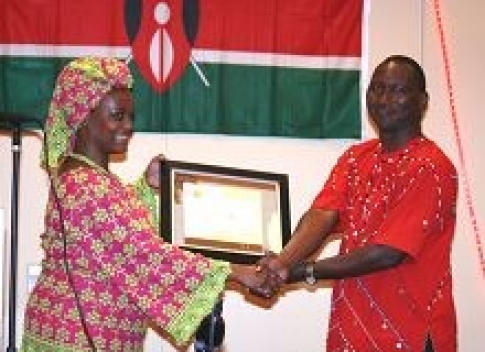 ATLANTA, GA – About five years ago, then Kenyan Ambassador to the US, Dr. Yusuf Nzibo, met with the Kenyan community in Atlanta. The Association of Kenyan Professionals in Atlanta (AKPA), an organization that would address Kenyan issues and create an opportunity for Kenyans in Atlanta to network was born. At its inception, AKPA had modest goals. However, over the years, it has developed to become the biggest Kenyan professional association in the United States. AKPA strives to involve professional Kenyans in achieving their personal goals while lending a hand to Kenya.

AKPA chair, Jean Adero, told Mshale during an interview that AKPA hopes to work with other organizations across the United States to raise funds for development projects in Kenya, to develop its members’ careers, to grow their individual businesses and personal investment opportunities, as well as to ensure that Kenyan students arriving from Kenya are graduating from the various colleges and universities and moving on to achieve their goals.

This year, AKPA found a partner in Nobel Laureate’s Wangari Maathai’s Green Belt Movement. In partnership with the movement, AKPA has begun a campaign to plant at least 1000 trees in Kenya within the next year. According to AKPA, only 2% of Kenya’s land area is under forest area leaving Kenya with one of the lowest forest covers in the world. The desert in Northern Kenyan continues to encroach inland creating a grave situation where individuals and organizations have to take an active role in promoting forestry. AKPA promises to create alliances to mobilize resources needed for planting and nurturing the trees.

At a recent gala in Atlanta to celebrate its fifth year, AKPA honored Pathways, an organization that it has been working with to sponsor Kenyan youth in achieving their academic goals at Kenyan universities. AKPA also gave out Student of the Year and Person of the Year Awards.

Titus Koipton Sairo, who was recognized as the student of the year, said he was honored to receive the award even though there were many other successful students. A modest man, Mr. Sairo is studying Nursing at Kennesaw State University where he will be graduating in December. Born on the slopes of Mt. Kilimanjaro, the 49 year old Sairo admits that going to school in a foreign country at his age was a challenge. As he drives around in Atlanta watching people mow their lawns, he cannot help but think of his cattle which are dying thanks to the famine affecting parts of Kenya.

However, he is keen on having the needs of his people taken care of, and sees nursing as his calling. Mr. Sairo is optimistic that the new government will ensure equitable distribution of services especially marginalized pastoralist communities. Mr. Sairo is proud to be associated with AKPA whose goals he believes in. He is confident that necessary social and economic changes in Kenya are a community effort.

Having graduated from the University of Nairobi with an undergraduate degree in Zoology and a Masters in Veterinarian Entomology, Mr. Sairo believes that education brings freedom since it allows an individual to gain social and economic status. It is important then for individuals to use this power to make a difference in the lives of others.

For the past year, AKPA has worked closely with Pathways, an organization whose mission is to provide resources to people from developing countries. Pathways identifies high school students who have developed projects to help their community giving them scholarships for their university education. The students are then matched up with mentors, who assist them in carrying out their project idea, developing their leadership skills, and transition them into their career.

In a letter to AKPA and Pathways, Levis Maina, a student at the University of Nairobi, was grateful for the opportunity presented to him by Pathways. In his “Hands on Kenya” project, Mr. Maina and other college students volunteer to clean wards at the Kenyatta National Hospital in Nairobi. Mr. Maina narrates the challenges faced by poor children in accessing basic needs such as medical treatment, education and even food. Mr. Maina is pursuing a degree in Commerce. The President and founder of Pathways, Deborah Gust was awarded the person of the year award for her exemplary leadership in creating educational opportunities through Pathways.