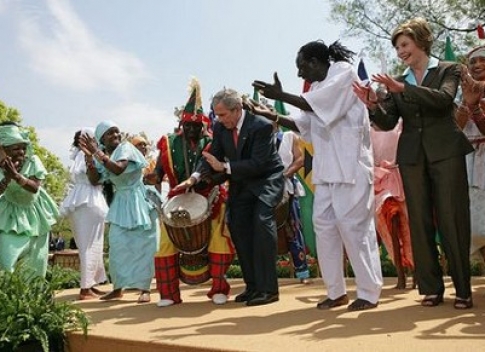 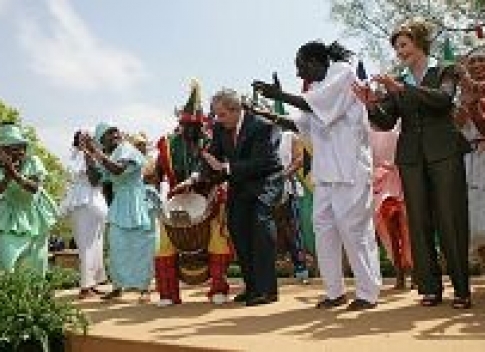 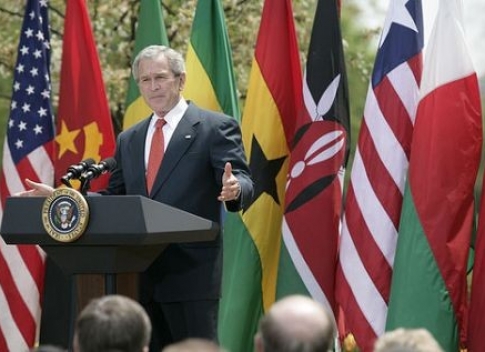 WASHINGTON – In the United States, state and local government groups, universities, nongovernmental organizations and others helped raise awareness April 25 – Malaria Awareness Day – about the mosquito-borne disease that kills more than 1 million people each year. April 25 has been recognized since 2000 in some parts of the world as Africa Malaria Day.

At a White House "Challenge of Malaria in Africa" summit in December 2006, President Bush designated April 25, 2007, Malaria Awareness Day to highlight the U.S. commitment to global health and the fight against malaria

"Americans are a compassionate people who care deeply about the plight of others and the future of our world," President Bush said in an April 25 proclamation, "and we can all be proud of the work our nation is doing to fight disease and despair. By standing with the people of Africa in the fight against malaria, we can help lift a burden of unnecessary suffering, provide hope and health, and forge lasting friendships." (See full text.)

Malaria is caused by the one-celled Plasmodium falciparum parasite and three closely related species. Each parasite lives part of its life in people and part in mosquitoes. The disease is transmitted to people in the bite of an Anopheles mosquito. Infection can result in severe headache, high fever, chills, vomiting and death.

Each year 350 million to 500 million cases of malaria occur worldwide, according to the U.S. Centers for Disease Control and Prevention (CDC), and more than 1 million people die, most of them young children in sub-Saharan Africa. But the disease can be prevented and cured. Bed nets, insecticides and anti-malarial drugs are effective tools to fight malaria in areas where it is transmitted.

Help From the United States

Malaria was endemic (prevalent) in the United States until the late 1940s, mainly in southeastern states. CDC is headquartered in the southeastern state of Georgia because of U.S. malaria-control operations during that era. The National Malaria Eradication Program, a cooperative venture by state and local health agencies of 13 southeastern states and the CDC, began operations on July 1, 1947. Approximately 15,000 malaria cases were reported in 1947; by 1950, only 2,000 cases were reported. In 1951, malaria was declared eradicated from the United States.

In 2005, George Bush launched the President’s Malaria Initiative, a $1.2 billion, five-year effort to control malaria in Africa and reduce malaria-related deaths by 50 percent in 15 countries by achieving 85 percent coverage of preventive and curative interventions.

The initiative is led by the U.S. Agency for International Development (USAID), in conjunction with the Department of Health and Human Services, the CDC, the State Department, the White House and others, and coordinates with national malaria-control programs and international partners, including the Global Fund to Fight AIDS, Tuberculosis and Malaria; the World Bank Malaria Booster Program; the Roll Back Malaria Partnership; nongovernmental organizations; and the private sector. (See related article and fact sheet.)

"NIAID proudly recognizes the efforts of many research scientists and public health officials who are providing the evidence to identify and validate new interventions against malaria," said Dr. Lee Hall, chief of the Parasitology and International Programs Branch in the NIAID Division of Microbiology and Infectious Diseases, and Dr. Anthony Fauci, NIAID director, in a combined statement April 23.

NIAID-supported scientists in the United States and many other countries, including Burkina Faso, Cameroon, Gabon, The Gambia, Ghana, Kenya, Malawi, Mali, Mozambique, Tanzania and Uganda, are addressing the biomedical research and public health challenges posed by malaria.

The investigators are working to better understand mosquito biology and ecology, and how people develop immunity to malaria. Other research focuses on the molecular biology and biochemistry of the parasite; mechanisms of disease; drug susceptibility and resistance; and malaria vaccines, drugs and diagnostics. (See related article.)

NIAID has joined with the NIH Fogarty International Center, the National Library of Medicine, the WHO Special Programme on Research and Training in Tropical Diseases and other institutions to form the Multilateral Initiative on Malaria, an effort to facilitate multinational research cooperation and support the career development and research efforts of African scientists in malaria-endemic areas.

"Enormous challenges confront us as a global community," Hall and Fauci said, "however, we are optimistic that with commitment, leadership and partnerships, new tools and intervention strategies that are highly effective can be identified, and great strides are possible as we move forward to curb malaria."