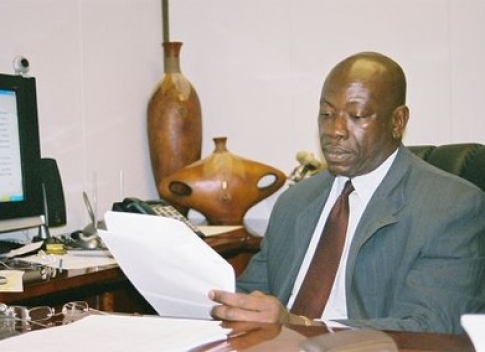 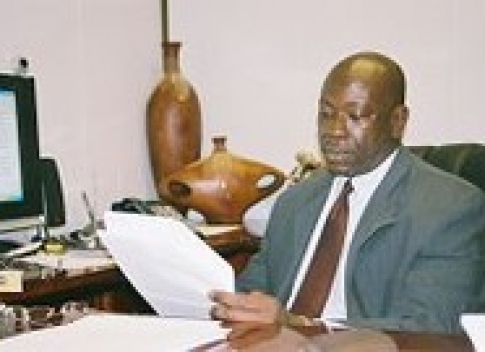 There is “nothing lower” than taxi driving in Nigeria, but in the United States it’s a springboard to greater things

OAKLAND, Calif. – Sixteen years ago Dozie Ezeife drove a cab, now he drives a Mercedes, but not for a living.

For the first two and a half years after Ezeife immigrated to the San Francisco Bay Area from Nigeria, he spent 12 to 16 hours a day, seven days a week, behind the wheel of a taxi. In between the morning and evening rush hours, he would pull over by a station at the Bay Area’s subway system, put his feet up on the dashboard, and his nose in a law book.

Like actors who wait tables before getting a big break, many Nigerian immigrants in the Bay Area drive cabs on their way to earning the degrees and licenses they need for professional careers in law, medicine or business, according to community leaders.

The 2000 U.S. Census estimates there are more than 3,000 Nigerians in the Bay Area, though local Nigerians say the population is closer to 20,000. The government’s figures indicate that almost all Nigerians arrive with high school diplomas, and better than 60 percent have college degrees.

One long time cab driver, who has yet to reach his goal and asked not be identified, said that at any one time probably a quarter of Oakland’s cab drivers are from Nigeria.
Ezeife, now 44, earned a law degree in Nigeria in 1985 and practiced for several years in Onitsha, a commercial center in Eastern Nigeria. He was able to pay his bills, but little more.

“That’s not what I went to school for, just to be living from day to day,” Ezeife said. “I was thinking just in terms of continuing to move up the social ladder, maybe get a bigger car, maybe build my own house, potentially get married some time.”

But in Nigeria, ambition and education failed to be enough to succeed.

“If you’re not well connected all that doesn’t necessarily translate to success,” Ezeife said. “I’ve always known that America is a place that if you really work hard you can make it.”

When Ezeife decided to head to the United States in 1990, he already had several friends living in Oakland.

His law school classmate, Donald Amamgbo, also 44, had moved to California a year earlier to intern at a law firm in Sacramento. He planned to complete an advanced degree in international law at the University of the Pacific, McGeorge School of Law.
Amamgbo found he could sit for the bar in California without another degree, but when his internship ended, he needed a job to pay his bills while he studied for the exam.
The firm he had been interning for didn’t have the resources to put Amamgbo on the payroll, and his attempts to find legal work elsewhere failed.

“I don’t know if race was a factor, but I know definitely being from Nigeria was a factor, because all my education up to that point was based on the Nigerian legal system,” Amamgbo said.

“So I made that decision that I wasn’t gonna waste time trying to find a home in a law firm while I was trying to pass the bar. At that point my focus was, pay your rent, put some food on the table, and study like hell.”

A childhood friend suggested Amamgbo join him in Oakland where he could easily make $100 a day driving a cab.

“I did the math, 30 days means three grand. My dreams to sit for the bar was gonna come true.”

Ezeife, who had been languishing in Canada doing odd jobs for nine months, also quickly saw the advantages, but he never would have considered driving a cab in Nigeria.

“The kind of people who do commercial driving back home are people who didn’t go to school. Other than somebody who is farming or a domestic servant, there’s nothing lower than that. It’s that low,” Ezeife said.

But here in the United States, Eseife said, driving a cab was simply a means to an end.
When the men both passed the bar exam in 1993, they went into practice together. While they built a clientele, both continued to drive cabs.

In 1995, the pair won their first case in the Ninth Circuit Court of Appeals where they argued on behalf of a minority business owner who the U.S. Army had wrongly denied a contract.

The following year Eziefe bought his current home in El Sobrante, an upscale incorporated area of Contra Cost County, where the average value of a condominium is estimated at $439,000. He is married and has three children. Amamgbo has a wife, two daughters and a house in the Oakland Hills, a prestigious part of Oakland.

Future cabbies may not be as lucky
Not all Nigerians reach their goals so quickly.

The man who taught Eziefe and Amamgbo how to drive taxis has been behind the wheel for nearly 20 years. The cabbie, who asked to remain anonymous because of the social stigma associated with driving a cab, said he’s watched many come and go from the occupation over the years.

He attributed his long transition to becoming a registered nurse to personal circumstances.

When he arrived, making money was more important than going to school because he wanted to help his younger siblings through college, start a family and buy property in Nigeria.

Moreover, as time has gone on, driving a cab has become less lucrative.

“When I started it was much, much, better,” the cabdriver said. “Because then there was no bus to San Francisco Airport; there were no airport shuttles. So there were a lot of long fares, so you work less, and you make more money.”

Now he has to hustle for a full 12-hour shift to earn the same $100. That leaves little time for study.

“If you really want to read, then you’re not gonna make money,” he said.

He scaled back his driving when he returned to school and now drives three days a week to allow time for his studies. He expects to graduate from nursing school and cab driving in 2008.