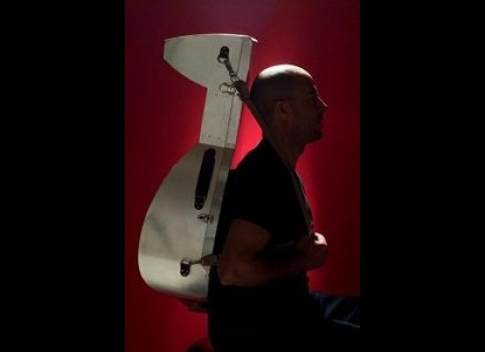 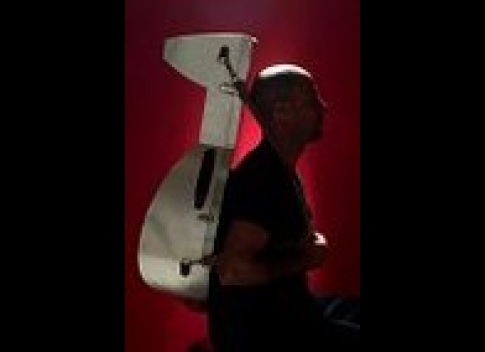 ‘As their sound built in strength, it mimicked whales calling to one another over hundreds of ocean miles.’

Music functions pragmatically, providing direction for dancers at a ball, or cueing actors on a stage performing a musical. Music creates suspense in the soundtrack of a movie and solemnity at the end of a military funeral. Sometimes music exists intrinsically for no other grander purpose. The later category defines the music of Dhafer Youssef.

Under a moon just beginning to wane, an evening crowd of nearly 300 people sat in the McGuire theater of the Walker Art Institute mesmerized as Tunisian-born Youssef used his voice and oud, an Arabic lute, to introduce his audience to his new mix of traditional, classical, and jazz blended music. The show, along with a cast of new musicians in his band, debuted their eclectic sound, playing for over 90 minutes.

Tunisia, located on the northeastern edge of Africa with the Mediterranean Sea along its northern coast, embraces both its African soil and its Middle-East influences. Likewise, Youssef’s music encompasses these cultures, but with an added weight of European work – particularly Scandinavian forces – to shape his sound.

Youssef explained that he began life in Tunisia, moved to Europe, and traveled to New York where he might have begun a new home. But after Sept. 11, he changed his mind.

“I felt it would be best to return to Paris,” Youssef said during a recent phone interview.
Philip Bither, senior curator of performing arts at the Walker, selected Youssef’s band to kick off the season of a new series dubbed “New World Jazz.” Youssef seemed especially appropriate as his genre of music, Sufi-inspired, is rarely heard on a main stage in Minnesota.

The band consisted of two violins played by Todd Reynolds (USA) and Daisy Jopling (England), a viola commanded by Caleb Burhans (USA), Mark Helias (USA) on double-bass, and Japanese-born Satoshi Takeishi rounding out with percussion and drums. Youssef told the audience that that was their first time playing together on a stage in public. But it seemed as though they were all hot-wired to one another, finishing one another’s thoughts via their instruments. Their synchronicity was stunning.

The show opened with Youssef, dressed in white, seated on a stool and the others, wearing somber blacks and grays, forming a ring around him, save for the sole woman in the group who wore a floor-length, halter-topped dress of hipster patterns. Takeishi, to Youssef’s left, was seated crossed-legged directly on the floor of the stage, his drums and shakers encircling him. His function in the band was like the skin of a body. He held together all the miraculous, auditory creations coming from the other players.

The first sounds were of Youssef breathing, his focused breath resonating in the hall. Then, as if we were transported into a cathedral, the musical notes echoed off the walls and his voice became one more string on the violin, so perfect in timbre and pitch. During several of the songs, Youssef laid his left finger along the side of his nose, creating an eerie dissonance that slid up and down the scale, fascinating his listeners.

As their sound built in strength, it mimicked whales calling to one another over hundreds of ocean miles. Or the music one might hear in a darkened theater as the protagonist walks down a pitch-black staircase, tunneling directly into a trap. The audience was treated to a work of art created before its eyes, poured richly into its ears.

Youssef directed with his hand most often to create crescendo or piano volume coming from his band. Sometimes his whole body swayed like a Tai Chi practitioner with deliberate, meticulous movements. It was like watching a spider weave its web in slow motion with dazzling results.

No one tapped their toes or hummed along with the melody. It wasn’t that kind of music.  But many people in their seats nodded along, as if Youssef were a preacher and they were his flock nodding “Amen” in agreement. There was a definite spiritual element that ran through the songs.

Music-lover, David Arnold, from Florida described what he expects of good music.
“When I am alone and listening to music, I want it to grab me in an unconscious way and carry me along emotionally,” he said. “It can be happy or sad, inspirational or meditative, but the purpose of the music is to take me to a place that I cannot get to by myself.”

Youssef’s music took the audience on a magic rug and flew it over the Maritime Atlas Mountains, hooked around the island of Malta, then straight up to skim along the Sognefjord of Norway.