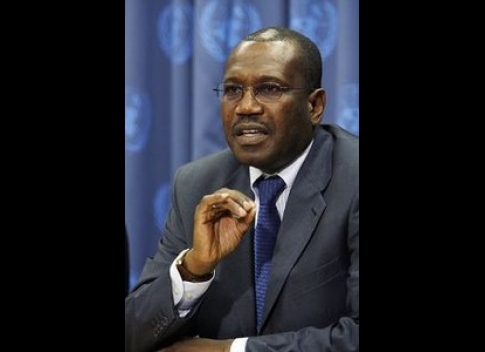 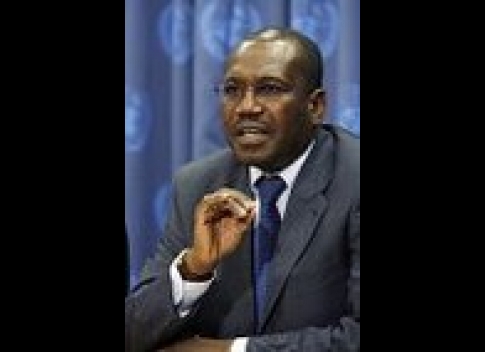 As a two-day summit on improving Africa’s information technology infrastructure wrapped up today in Rwanda, the head of the United Nations telecommunications agency reminded investors that Africa is “open for business and looking for partnerships.”

The Connect Africa Summit, held in the Rwandan capital, Kigali, brought together some 1,000 participants, including political leaders, executives of information and communication technology (ICT) companies and heads of development banks.

Hamadoun Touré, the Secretary General of the UN International Telecommunication Union (ITU) said that African leaders had committed themselves to creating the right regulatory environment, and private sector leaders had pledged to invest in the continent’s ICT sector. “Companies are ready to invest and they know they can make money here.”

Highlighting the impact of technology such as mobile phones, Mr. Touré said telecom companies were making profits, farmers were getting the information they need, and teachers were receiving educational aid. “Mobile phones even have an impact on democracy. During elections, people have used mobile phones to get election results fast and in a transparent manner.”

The technologies to connect the whole of Africa are available, said Craig Barrett, the Chair of the UN Global Alliance for ICT and Development and the Chairman of Intel Corporation. “What we are dealing with here is not a technology problem. The technology is ready to be delivered. It is a question of policies, of creating the right environment.”

“This is not a technology issue but an implementation issue,” Mr. Barrett said. “It is a question of taking existing technologies, existing models, and implementing them in Africa, as they have been implemented in other parts of the world.”

“Africa needs cost-effective connectivity,” he said, as it was currently saddled with the highest connectivity costs in the world. “All the universities of sub-Saharan Africa taken together pay $3 million per month in connectivity. This money could be used more effectively elsewhere.”

Providing technology, connectivity and content was not a problem one company or one government alone could solve, Mr. Barrett said. “We need to work together ­governments and the private sector,” capitalizing on the fact that the cost of access and hardware continued to decrease.

“The technology is there, even the financial resources are there,” said Rwanda’s President Paul Kagame, who hosted the meeting. “We have to be decisive and make a political choice about how to tap into these possibilities. The right policies and choices have to be made…. for these technologies to become a part of the solution.”

“The challenges are still significant, but let’s not underestimate what has been accomplished, especially by the telecom industry,” said Mohsen Khalil of the World Bank Group. Africa had jumped from 1 per cent to 20 per cent of telephone density within a few years. “We must now take this to the next level, and replicate the model of mobile telephony.”

The challenges ahead included extending ICT access to the poor, assisting governments in utilizing ICT for services to the public and to business, and harmonizing the legal and regulatory environment in the continent, Mr. Khalil said.

Among the partnerships announced today at the Summit, the ITU and the African Development Bank (ADB) agreed to work together on interconnecting all African capitals and major cities with ICT broadband infrastructure and on strengthening connectivity to the rest of the world by 2012.

ADB President Donald Kaberuka announced that the Bank had approved a $150 million loan for a pan-African cable, the East African Submarine Cable System, which would bring speedy and cheap bandwidth to at least 23 African countries. The system would run between South Africa and Sudan, with six landing points along the way, he said.

The Connect Africa Summit was attended by the Presidents of Burkina Faso, Burundi, Djibouti, Malawi and Senegal, together with 53 ICT ministers and 19 ICT companies, including Microsoft, Intel, Cisco and Ericsson.