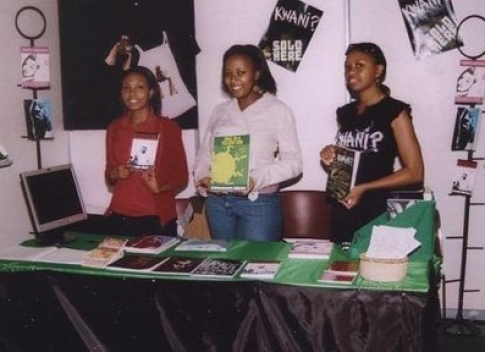 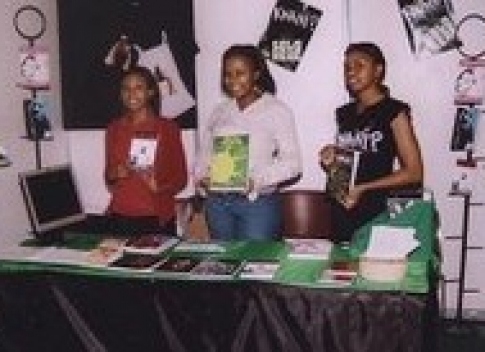 The Nairobi International Book Fair has come a long way covering various milestones in the ten years of its existence.

As the book fair celebrated its tenth anniversary in September, Nancy Karimi, the current Chairperson of Kenya Publishers Association, said that the event had increasingly grown in stature.

Last year the fair attracted over 8,000 visitors. At the closing of this year’s event, it was estimated that the previous years’ count had been surpassed.

A record one hundred stands had been booked by both foreign and local publishers. Clearly the Sarit Centre’s management where the fair is held annually will need to expand in the future to accommodate the growing numbers of fans.

The fair is a forum for publishers to market their firms and for upcoming authors to shop for publishers. It has also become a meeting point for stakeholders in the industry.

Various events were held to make the fair a resounding success.

There was also a book signing by Gambian-born Kenyan-based author Dayo Forster, who recently launched her debut novel in Kenya, “Reading The Ceiling” based on the story of a teenage girl Ayodele who goes about planning how to lose her virginity and has three men to choose from.

Another anti-climax of the prestigious fair was the launch held by Kenway Publications a subsidiary of East African Educational Publishers (EAEP) of veteran cartoonist’s Frank Odoi’s comic book “Akokhan” (It is certainly more than comic!)

The Ghanaian-born veteran cartoonist calls himself a Ghanaian citizen adopted by Kenyans as he has been in Kenya for 25 years. He said he was overwhelmed by the support of Kenyans who had recognized his talent years back and that the peaceful and conducive atmosphere had helped him to sit down and write. His fellow cartoonists Maddo (Paul Kelemba), Gado (Khamawira) and several others graced the occasion in a show of solidarity.

UCHUUZI.BIZ, an online store that sells books among other things was launched.

Clearly the eagerly awaited climax of the fair was the awarding of the Jomo Kenyatta Prize for Literature (JKPL). The bi-annual award was dogged by controversy in 2005 when the judging panel led by Professor Emilia Illieva of Egerton University ruled that no entry merited first position.  They thus awarded second position to Muroki Ndung’u for “A friend of the Court” published by Focus Publishers.

In 1999 it had also indeed proved (to parphrase Taban Lo Liyong) a literary desert, when the judging panel led by Dr. Egara Kabaji declared that the entries lacked creativity and thus the JKPL was not awarded!

Last Saturday, it was with bated breath we awaited the chairperson of the judging panel to stand up and address us. The auditorium was packed to capacity on the evening of Sep. 29.

We were in for a surprise! Women blazed the trail with veteran author and grandmother (who was present) popularly known as MOM, Marjorie Oludhe Macgoye, bagging the first prize in the Adult English Fiction Category with her latest offering to the Literati “A Farm called Kishinev” published by EAEP, it is a sensitive tale on the Jewish experience which has clearly put Kenyan literature once more on the world map of writing.

Though having penned groundbreaking texts like “Chira,” “Homing in,” and “Coming to Birth” this is the first major literary prize Oludhe Macgoye has won in Kenya.

Macgoye’s book beat Dr. Margaret Ogola’s “Place of Destiny” published by Pauline Publications-Africa to second position.
Ogola is best known for her book, “The River and the Source,” by Focus Publishers, once a set book for secondary schools and which won both the JPKL and the Commonwealth Writers’ Prize for Africa in 1995.

Also touted as well-written by pundits was Valerie Cuthbert’s “Wings of Winds” also by EAEP actually a tour dè force in the writing of faction is a historical novel based on the East African Coast.

Clearly women were on the rampage this year round!

Writers from EAEP took home five of the prizes up for grabs.

Female author and recently new-comer, Kingwa Kamencu’s “To Grasp at a Star” published by EAEP was voted the best in the English Youth Category. Second was former NTV newscaster Ken Walibora’s book, “Innocence Long Lost” published by Sasa Sema Publications. The third position went to seasoned writer Meja Mwangi’s book “The Boy Gift” by EAEP. In the Children’s English Category, “The Wonderful Boat” by Kabaru Ndegwa, won the overall prize, while Wamitila won another prize when his book “The Mysterious Box in the Magic Spoon” by Vide-Muwa took the second position. Nyambura Mpesha’s (who with Ezekiel Alembi is turning out to be one of the more consistent writers for children apart from) took third prize with “Far, Far Away” by Phoenix Publishers.

In the Kiswahili Youth Category, the ghosts of the JKPL of 1999 and 2005 reared its ugly head for the Kiswahili youth category as the judges could not find a winner. Second position was thus awarded to Mwenda Mbatia’s novel, “Migogoro.”
Wamitila, the renowned Kiswahili scholar at the University of Nairobi, won the top prize in the Kiswahili Adult Fiction Category for his novel, “Musimu wa Vipepeo,” published by Vide-Muwa Publishers which he owns. He is no novice to the JKPL as he won in 2003 for “Nguvu ya Sala” and in 1999 for “Musaleo.”

The Kwani Trust once again proved that it was no passing cloud to the chagrin of some skeptics as “Kizuizini,” written by 79-year-old Joseph Muthee took the second prize in the Kiswahili Adult Category. “Sudana,” penned by veteran professors, Kimani Njogu and Ali Mazrui, was third.

The Jomo Kenyatta Prize for Literature, awarded every two years, is the biggest and most prestigious literary award in the country.

During the event, the main sponsor of the award, Text Book Centre, donated KSh100, 000 to boost the award kitty.
Speaking on behalf of the judges panel, Illieva said the quality of writing was very high this year compared to previous years and an example was the Adult English Fiction Category, where she said the judges had a difficult time choosing the winner and they could still have gotten numbers one, two and three from the entries submitted which did not win.

It was a surprising mix of the veterans and newcomers this time round.

The bone of contention though over the years still remains that some quarters disagree with the judges when there is a number two and no number one! It discourages writers they state. Some observers argue that even in a mediocre race or class, there will always be the best and so number one should always be awarded in all categories. The judges on the other hand, stand firm that they set their standards and if they feel that they have not been met then they don’t award prizes for mediocrity.

Moraa Gitaa is a published author, her latest work appearing in the book Africa Fresh! New Voices from The First Continent, an anthology of African writing featuring eight writers from Africa that presents an exciting look at cutting-edge fiction and reporting from Africa.Moraa is based in the coastal city of Mombasa in Kenya where she blogs and writes for Mshale.