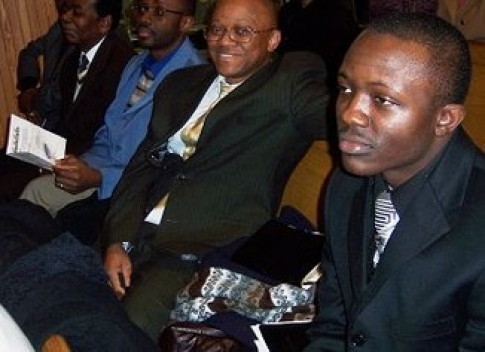 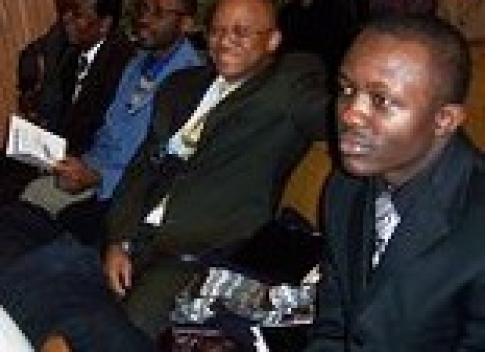 ROBBINSDALE, Minn. – At their Jan. 20 installation, officers of the Liberian Ministers Association (LMA) in Minnesota urged the Liberian community to seek God’s help as it struggles to reconcile after the last elections (Organization of Liberia in Minnesota, OLM, elections).

Delivering his induction speech, LMA President Rev. Josef Howard told Liberians residing in the State of Minnesota that he would not “babysit the OLM.”

Rev Howard, who is the Pastor of the Bethel World Outreach Church, added, “We must be people that the community can look up to and see Christ in us. We must have vision.”

To his officers, the newly installed president said, “I will lead with few words. We will act; we will seek God’s face.”

Rev. Howard said God, in his sovereignty, had appointed his administration to lead the LMA at a time “when God is pouring out his latter rain upon his people; a time when God is saving and moving among his people in unusual ways, a time when Liberia after several years of civil war is finally experiencing God’s hands of blessings and protection and a time when Liberian pastors have taken up the challenge to break the stronghold of the enemy over the twin cities and set the captives free.”

He asked Liberians to keep his administration in their prayers.

The LMA was formed to create the spirit of fellowship among Liberian Ministers in the state of Minnesota, form prayer partnership among ministers, support each other in their individual ministries and assist Liberian pastors and churches through special projects.

Rev. Edward Neepay, a guest speaker at the occasion, challenged Liberians in Minnesota to “set the pace.”

“This is a sensitive time for Liberians in Minnesota,” he said.

Rev. Neepay, who is the senior pastor of Conqueror’s Christian Church, spoke on the theme: “Christ: The Great Reconciler” and used as his text St. John 13: 34. He said the Howard Administration would make a difference.

“History will judge your administration,” Rev. Neepay told Rev. Howard and his corps of officers. “You have to make a difference.”

The Chairman of the Board of the Liberian Ministers Association, Rev. Lee Anderson, noted that the Lord had called them to leadership.

OLM President Kerper A. Dwanyen, who won in December in one of the most divisive elections in the organization’s history, pledged to work with the LMA. He indicated that reconciliation was the only way forward. He said his administration had a duty to put the community before God.

“We forgive all in the past,” Dwanyen said. “We ask for forgiveness from all who have things against us.”

To begin the reconciliation process, Dwanyen smoked a peace pipe with Benoni Tarr Grimes, who did not support him in the last OLM elections.  The two men promised to work together for the betterment of their community.