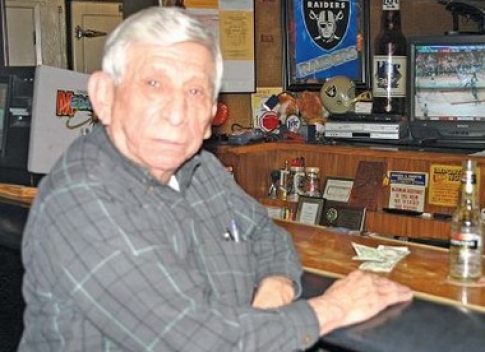 As small businesses struggle with tough economic times, Graham Kigo’s fortunes have taken a 180-degree turn and he is ‘finally making money’ because he has reached out to his neighbors.

HAYWARD, Calif. – Just over a year ago, Graham Waweru Kigo was contemplating quitting his bar and entertainment business after five years of barely staying afloat. Kigo had entered the business with – not experience or training – but a lot of emotion and flawed math.

“I had left my job after a long time and I didn’t want to work for anyone anymore,” Kigo says. “I figured I’d just become my own boss.”

Based on a few simple calculations, Kigo decided a bar would be the most profitable.

“I did my math and found that even if I bought beer at the supermarket price, I could make as much as four times more, and with entertainment on the weekends, I couldn’t go wrong,” Kigo says, smiling sheepishly as if to mock himself for having been so naïve.

So in early 2002, Kigo, who is from Kenya, bought Foxes Cocktail Lounge in Hayward, a city on the eastside of the San Francisco Bay Area. Soon, word went around that an African had bought a club in Hayward and fellow Africans started to flock there. Kigo replaced the entertainment schedule of this once country-western bar with one full of African dance parties. For a while, it seemed like he had made a great decision to go into the business.

Then, perhaps because the novelty of Foxes had diminished, the number of Africans going to Foxes on weekends began to dwindle.
“I couldn’t tell why they stopped coming,” he says. “I was the only one around here playing African music and selling Tusker (a Kenyan beer).”

Desperate to bring them back, Kigo started to book African entertainers like Shimita El Diego, a renowned Congolese musician who had relocated to California with his Affro-Muzika band. The first night brought a full house, but when only a dozen or so people showed up a few months later to the concert of a man who had played with the great Lokassa Ya Mbogo and veteran guitarist Dally Kimoko in Soukous Stars, Kigo knew he was in trouble.

Soon Kigo realized that in addition to loosing his fellow African customers, non-African patrons like 70-year-old Al Alvarez, who had been coming to the lounge since 1972 had reduced their trips to Foxes or stopped coming all together. Most of them were people who went to Foxes because of its proximity to their homes, Alvarez says.

“A lot of bars in Hayward have closed down,” Alvarez says.  “This one is very convenient for me because it’s only a mile from my house.”

Other non-Africans who used to come to Foxes and stay until closing began to leave early because the entertainment schedule had become exclusive. That is when Kigo realized that he had broken a promise of inclusion he had made to himself when he bought the bar.

In 1987, while Kigo was a student at nearby California State University, he and a friend walked into The Brandin’ Iron, as Foxes was known back then, to have a drink. Although it was not a busy hour at the country-western bar, the bartender kept telling them they would be served, but continued to chat with his friends.

“It took us a while, but we finally realized that we were not welcome at The Brandin’ Iron,” Kigo recalls.

Kigo and his friend walked out 15 minutes later after realizing that they were not going to be at¬tended. The bartender, who clearly saw them leave, made no at¬tempt to call them back.

Nearly 15 years later, when Kigo was looking to become his own boss, he went to a real estate broker in nearby Walnut Creek and contracted him to search for a bar. After visiting the Foxes in No¬vember 2001, Kigo decided the location was was ideal and went into the bar to learn more about its history.

“Then I said to myself, ‘Wait a minute: This is the same place we were denied service,’” Kigo remembers.

The only things that had changed since the night the bartender wouldn’t serve him, says Kigo, were the name and ownership of the club. Bruce Fox, the man he bought it from, had purchased it in 1997 and renamed it Foxes, ending The Brandin’ Iron’s life, which began in the early 1960s. However, Fox had kept its country-western theme.

Kigo decided to buy the bar and promised himself to redesign it to welcome everyone. First on his list was the removal of some of the country-western memorabilia, such as steer horns and rifles.

“The most memorable thing I have in the storage is a seven-foot branding iron,” Kigo says.

Before Kigo realized a year ago that he had forgotten his vow to make Foxes a place where everyone feels welcome, he thinking about giving up. He was barely breaking even. He came to work early and left late everyday because he couldn’t get bartenders to stay. In just five years, he estimates that 45 bartenders had worked at Foxes. Many of them had quit because they were not making enough money, but the majority of them he had fired because they had stolen from him, after he trusted them – another evidence of how little he knew when he started the business.

But what kept Kigo from selling the bar was the thought of returning to the corporate world he had left behind. Although he had been a manager, he couldn’t imagine returning to a similar job after such a long time away. So he decided to try a different approach to revive his business. He had learned that he couldn’t depend on African immigrants alone because their population was not as large those of, for example, Latinos and Asians, who had communities that had established themselves and built loyal customer bases.

Today, Foxes’s weekend entertainment schedule caters for a diverse group of customers. There is hip-hop, African, and Latino music. Non-African customers like Guillermo Mendoza and his friend Manolo Beltran, who come to Foxes every Friday to drink and play to pool while listening to Latino music from the jukebox, are slowly returning.
Like Alvarez, they come to Foxes because it’s close to their home.

“And he is a good guy,” Mendoza says pointing toward the bar at Kigo.

Kigo has realized that a good relationship with area residents like Alvarez, Mendoza and Beltran is important. At five o’clock one Friday evening, barely an hour after opening, there are already a dozen customers from the neighborhood. That is a big change from a year ago, Kigo says.