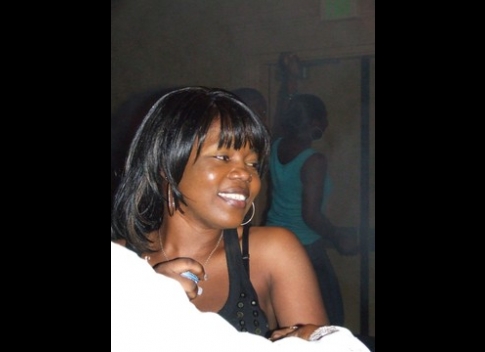 MINNEAPOLIS – The agenda for the recently held African Women in the Diaspora Conference included lectures on gender issues, human rights issues with regard to sex and labor human trafficking, and widowhood.  But perhaps the most often discussed topic was the practice of female genital cutting.

Melissa Nambangi, executive director of Minnesota African Women’s Association (MAWA) pulled together an informative, participatory conference held at the University of Minnesota’s School of Law in Minneapolis over June 11 and 12. This was the conference’s third year, but unfortunately, the lowest in attendance.

“Attendance down this year because of timing conflicts with World Refugee Day and Juneteenth,” Nambangi explained. “The same people interested in the MAWA conference were also interested in the other events.  Also, the timing of the conference, in June, took place when schools were finished for the summer.”

Despite the low attendance, keynote speaker, Brikti Hiwet, a community elder and reproductive health consultant and educator for the Powderhorn-Philips Cultural Wellness Center, led an earnest discussion surrounding female circumcision, a practice that is culturally endorsed in many African countries.

“This is the only violence against women that is perpetrated by women,” Hiwet said.

Her statement clearly settles any question about where Hiwet stands on this issue.  That is, that female genital cutting represents an undesirable practice.

Yet, Hiwet was quick to point out, the rite has had its place within its culture(s).  The belief held by many of men and women in Africa, even to this day, is that “regardless of a woman’s education level, if she does not have babies, she is less than a woman.”

One of the nearly one hundred participants at this first workshop lead by Hiwet in the mixed gender and racially diverse audience raised her hand.  “How do I broach the topic of female circumcision with my relatives (still in Africa) who may intend to circumcise my child when she returns to visit them?” she asked.

The woman’s concern stemmed from wanting to remain in harmonious relationships with her relatives while at the same time protecting her children.

Hiwet responded to this bi-cultural issue.

“When talking to your relatives, don’t raise the issue of a woman’s right to her sexuality or describe it as a feminist or human rights (matter) because these issues are not relevant to their culture,” Hiwet advised.  “Say it’s a medical problem to circumcise.”

Considering the variety of female genital cutting methods in practice – circumcision, excision, and infibulations – and the associated health dangers, this stated concern has validity.

The social stature of a woman in the United States is not comparable to that of a woman in Africa, implies Hiwet, where custom dictates that a woman “needs a man” for protection and support.  Further, in U.S. culture, men are now saying, “If she’s circumcised, I don’t want her,” lamented Hiwet, referencing how a woman’s value is reduced to the quality of her genital organs.

Another person in the audience asked Hiwet, “What role should men play in preventing female circumcision?”

Hiwet categorically stated that, “Everybody has to be involved, but the ground work has to be laid by women.  Men, however, can speak up and support the crusade to eliminate female circumcision.”

After a lunch catered by A to Z African Deli of Brooklyn Park, which included entertainment by Titambe Dance Group who accompanied the AGILE dancers, the conference resumed its focus on women and their lives in both Africa and as immigrants.

Mzbel, Ghana’s latest hiplife star, who recently released a video, “16 Years,” spoke, with a delicate voice, to the audience. Mzbel told the listeners of her rise to stardom and the controversy that accompanied her music and dress, both of which are seductive and edgy.

Somewhat ironically, Mzbel’s mission, to aid children caught in a world of molestation and abuse, seemed compromised by her incendiary persona.

Growing up, the last of seven daughters, Mzbel saw herself as lucky.  Whereas many of her peers encountered trials too huge to overcome, Mzbel didn’t end up in that hopeless place.

She credits her mother, now deceased, as a driving force in her life.

Now, as a result of her career pursuits, Mzbel recognized that she had a platform to express her views. “I [can] use this opportunity to help boys and girls in Ghana,” through her foundation, www.mzbelonline.com, she said.

Mzbel also performed at MAWA’s Friday evening event.  Held at the Holiday Inn Metrodome, the 28-year-old singer revved up the crowd with her winning song, “16 Years,” about child molestation.  Backing her up dancing on stage was three of the teen girls from AGILE.

Organizer Nambangi found this conference to be very hopeful and successful as indicated by the intense and original subjects that were presented.  Next year she hopes to secure even more funding so that the conference fees can be more affordable for potential participants.

“The various sessions provoked a lot of thinking,” said Nambangi.  “Participants appreciated the many men who both presented as well as attended.”

Nambangi explained one mindset in particular that was addressed through lecture and participation.

“We discussed the need for a change in our proverbs,” she said.

“Because of thinking such as this, women’s status is lowered; they are belittled,” Nambangi bemoaned.  “We (Africans) must be the vanguard of change in our cultures.”