Home Opinion Palin Has No Record on Diversity or Civil Rights 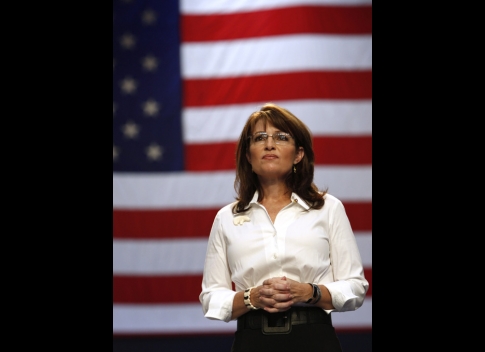 There’s no record that Alaska Governor and Republican VP nominee Sarah Palin uttered anything more than the obligatory complimentary congratulations to the woman that beat her out for the Miss Alaska title in 1984.

The winner was Maryline Blackburn, an African-American. A ritual congratulatory wish from Palin would have been about the only public acknowledgment to date from her in an instance, in this case a beauty contest, where Palin was confronted with the issue of diversity in the person of a competitor.

Since then, Palin’s record on race and diversity has been the blankest of blank sheets. The probes into Palin’s record on diversity and civil rights have almost exclusively focused on her views on gay rights, gay marriage and equal pay. These are crucial civil rights issues. But so are racial diversity and civil rights. The Web site OntheIssues.org gives a comprehensive look at the positions of elected officials on the major issues based on their statements, speeches, campaign materials and policy position papers. Palin has taken no position on immigration, affirmative action, job and housing discrimination, school re-segregation, police-minority community relations, and racial disparities in the criminal justice system.

The site did list two terse positions Palin took on hate crimes legislation and cultural diversity. Both give a tiny window into the would-be vice president’s thinking on diversity and civil rights. During the 2006 gubernatorial campaign, she told the Eagle Forum that she opposed expanded hate crime legislation. She branded all heinous crimes as hate crimes. This view of what constitutes a hate crime goes squarely against the wide body of law and public policy that defines a hate crime as a willful act or threat based solely on racial, gender or religious animus. By lumping common crimes, no matter how repulsive, into the hate crime category, Palin would effectively gut enforcement of federal hate crime laws.

In her gubernatorial campaign booklet in 2006, Palin gave her equally terse view of discrimination. She simply said that she and her gubernatorial running mate value cultural diversity and would provide opportunities for all Alaskans. She made no mention of affirmative action, job discrimination, and the enforcement of civil rights laws.

Palin made no mention of Alaska’s affirmative action plan. It’s been in place since 1998 and mandates that the state make special efforts to ensure that veterans, especially disabled veterans, have equal access to state jobs. Presumably, Palin backs the plan. Yet, she makes no mention on her Web site or any other place what her office has done to enforce the state’s tightly constricted affirmative action plan.

Knowing Palin’s views on race and civil rights, whatever they are, is more than just a matter political one-upmanship. If elected, her views will carry much weight when it comes to making and enforcing legal and public policies that affect minorities and women.

That’s certainly been true in her home state. Alaska’s Eskimos, Indians and Aleuts make up more than 15 percent of the state’s population. Indian activist groups there have protested discrimination and disparities in health and education, and also over their hunting and fishing rights. There is no record that Palin has spoken out on their plight.

Democratic presidential contender Barack Obama, his VP running mate Joe Biden, and Palin’s Republican running mate John McCain come from states that have diverse populations. In the Senate they have spoken out on, taken positions on, and haggled over legislation on immigration, hate crimes, affirmative action, job discrimination and education disparities. They are keenly sensitive to the importance of civil rights and diversity issues.

The same has been true even with Bush. Before his election in 2000, he promised to make cultural diversity the watchword in the GOP. That year, and in his reelection bid in 2004, he courted black conservatives and independents. He promised to boost minority business, HIV/AIDS funding, and programs for failing inner city public schools; praised the Voting Rights Act; and on occasion spoke out against racially motivated violence.

McCain and Palin, if elected, will likely have to do the same. They will also face sharp challenges on affirmative action, police misconduct, job discrimination, racial disparities in drug laws, and school funding. They will also be called on to make administrative and court appointments that reflect diversity.

Democrats, much of the media, and a big segment of the public have pounded Palin for her non-existent experience and public pronouncements on foreign policy and national security matters. But she has been absolutely expansive on these issues in comparison to her past and present mute silence about diversity and civil rights.

During her tenure as Alaska governor, Palin didn’t have to say or do much about civil rights. She does now. And we shouldn’t have to wait for her to get to the White House before she does. That’s too great a risk for the country.