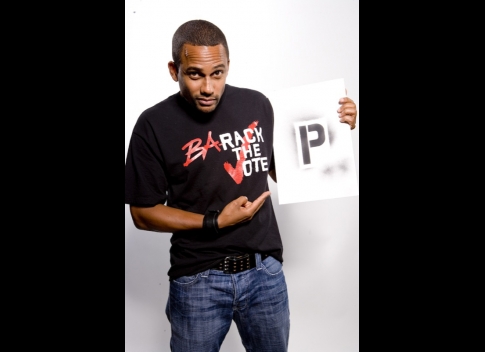 Since January, excitement has built in the electorate, exemplified by the large crowds greeting the candidates and the massive turnout during the caucus and primary contests. But now our nation faces a crucial test as Election Day approaches: some states now have strict identification requirements for voters, a move that could stymie the anticipated growth in political participation.

Whatever the motive for the tougher voter requirements, public officials, civic leaders, activists and media outlets must work to ensure that voters in their states understand the rules and that they bring the proper identification to the polls. It would be a serious blow to our democracy if droves of voters, perhaps excited for the first time about their participation and choices, are turned away at the polls. Given the low voter turn-out rates we have witnessed over the past 30 years, our democracy cannot afford to disillusion people who may be participating for the first time.

Moreover, as the nation faces an economic crisis, it is more important than ever that the American people participate in the voting process and feel vested in selecting the path for the nation’s future. This is especially true for those espousing that change is needed in Washington believing perhaps that our current public officials and representatives have not necessarily acted in the best interest of our families, our communities or our future.

Already, restrictive rules in many states that do not allow prisoners or even some formerly incarcerated individuals to vote have raised questions about the fairness of the electoral system. It is estimated that about 5.3 million prisoners or ex-prisoners will not be allowed to vote.

In Texas alone there are over 800,000 formerly incarcerated individuals who are by-law eligible to vote but today are unregistered, because most don’t realize that the laws have changed and that they are in fact eligible to participate in our democracy. This disenfranchisement strikes a contrast to other democracies around the world where ex-felons are generally encouraged to vote once they return to their communities. Why? In part because voting is commonly recognized as one of our most effective tools for positive civic engagement and responsibility.

While the debate will continue in the US over whether voting rights should be returned to the formerly incarcerated who have paid their debt to society, there is something we can do now to prevent onerous ID requirements from discouraging voters. We need to actively educate the electorate.

For instance, in Arizona proof of citizenship is now required for new voters. To satisfy this requirement, new voters must bring a driver license or a non-operating identification license and a copy of a birth certificate. New voters can also bring their US passport. New Native American voters will need their Bureau of Indian Affairs card, tribal treaty card or tribal enrollment number.

In Florida, meanwhile, a photo ID is required to vote. Acceptable ID include a driver license, US passport, debit or credit card, military ID, student ID, retirement center ID, neighborhood association ID or public assistance ID. Similar photo IDs are required to vote in Michigan.  What’s clear is that just as more Americans appear poised to participate in the electoral process, there are more rules and regulations that they must follow.

It’s the responsibility of our public servants, as well as dedicated activists, media outlets and other leaders, to inform the public of what they need to vote. Let’s make sure everyone can participate. There are many organizations and campaigns underway that are actively working to educate voters and it is up to each of us to actively support such initiatives. For instance, New American Media (NAM) which is a collaboration of ethnic news outlets are asking television stations to air a star-studded, 30-second PSA that I participated in with other entertainers, who care dearly about our nation’s future. NAM has also made available broadcast quality voting TV and radio PSAs that can be aired on-air or from websites, as well as voting print ads for newspapers and magazines. Collaborations such as this, to educate and encourage the electorate are essential as we approach this election.

I believe that in large part what makes our country the greatest in the world is that it is a participatory democracy, but that only works if we all participate. It is up to every one of us to work as diligently as we can to ensure that every American who is eligible to vote is allowed to have their vote counted, voice heard– and participate in this wonderful democracy.

All of the above mentioned materials, as well as 30 second spots from Chris Tucker and Vivica Fox can be downloaded from the NAM website (Click on the word VOTE).

Or stations can go here for easy downloads. User: getouttovote; Password: Vote2008 . The TV and radio PSAs are broadcast quality.