Home Features At Last a Curator for the African Gallery at the Minneapolis Institute... 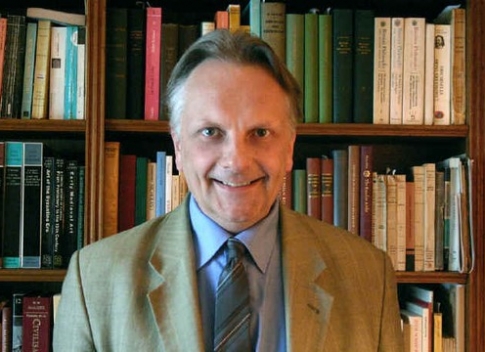 On June 9th Dr. Jan-Lodewjik Grootears started working for the
Minneapolis Institute of Arts (MIA) as the curator of its African,
Oceanic, and Native American Art (AONA) department.

This appointment comes after a long period without a curator for the departments and an enthusiastic Dr. Grootears explained that the pros and cons, “I start afresh and don’t have to symbolically kill my predecessor, but at the same time the collection and installation are in poor state and health”.

Unbeknown to many Africans, the MIA has one of the nation’s broadest collections of African art featuring outstanding examples of sculpture, as well as basketry and ceramics.

The MIA began acquiring art for its AONA galleries from as early as 1928 and continues to do so. In 2007 the museum acquired a rare bronze sculpture made at the height of the Kingdom of Benin culture, between the mid-sixteenth and mid-seventeenth centuries. Also of international acclaim is a large terra-cotta figure of a seated dignitary from the Nigerian Nok culture, which flourished between 700 B.C. and A.D. 300.

Realizing that Minnesota is home to a large East African population, Dr. Grootears insists upon the importance of consulting with community leaders on their knowledge of arts in order to successfully carry out his mission to include more objects from that region into the gallery.

Historically, Somalia has been known as a nation of poets and Dr. Grootears says that in conversations that he has had with Somalis here in Minnesota he has found out that the art form still exists. “I would like to incorporate such audio in the gallery and showcase the instruments that accompany this audio,” he explains. Embellished Qurans would also be a great addition he added, but he would seek advice from the community as to whether it would be permissible to have them in the gallery.

Dr. Grootaers, who grew up in Brussels, admits that a career in art has not always been his focus, but he’s always loved art. Prior to his graduate work, he taught biology in Gabon and Zimbabwe for three years. While a PhD student at the University of Chicago, he focused on African anthropology and spent 15 months conducting fieldwork amongst the Zande people in Central African Republic. Even then he still was not focused on art. It was only after working on an exhibit of African Harps in Paris that he considered a career change. For ten years after that exhibit he worked as a freelance curator for many museums and has organized many exhibitions, a skill that he plans to extend to the African gallery. He has also published several catalogs.

So what does a curator do?  Dr. Grootaers explains that a curator oversees the three tasks of a museum; conservation objects that are acquired, scientific research conducted on them as pertains to how they were made and used and finally the showcasing of art to the public. MIA currently has about 350 objects on display in its African gallery a number, which Dr. Grootaers argues is “far too many”. He would like to reduce the collection to 120 so that there’s more to be seen on the objects. These objects were either sold or donated to the gallery.

With regards to the ethical acquisitions of these objects Dr. Grootears comments, “Museums have become more aware of illegally acquired objects in the last 25 years. [They] are following national rules and won’t acquire objects that don’t have export licenses.” The International Council of African Museums (AFRICOM), which is run by African Scholars, is responsible for issuing export licenses for African art.