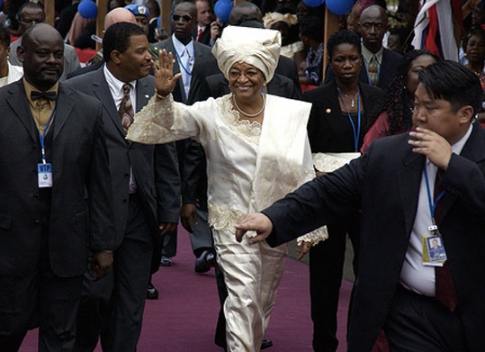 Iron Ladies of Liberia, a documentary on the leadership of Liberia’s president Ellen Johnson-Sirleaf, will be screening at the St. Anthony Park Branch Library tomorrow.

The film goes behind the scenes as Johnson-Sirleaf takes the reigns of a country that has been on the brink of destruction following 14 years of a civil war. Through the film, the world gets a glimpse into the lives of Sirleaf’s pre-dominately female cabinet as they face head-on the monumental challenges it takes to build Liberia’s infrastructure and economy.

The film will follow with a discussion led by two attorneys: Laura Young and Harriette Badio who is also a  Liberian community leader.

Presented by The Advocates for Human Rights, this film is part of series highlighting women’s rights issues around the world.

Click here for a full listing of other films in the series.