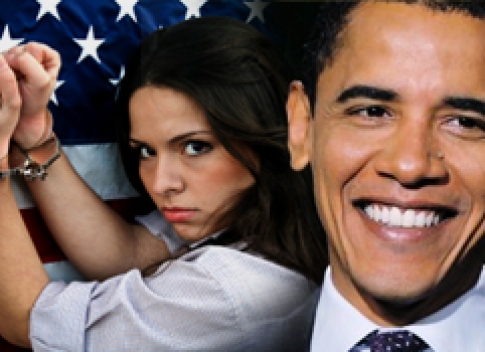 Subhash Kateel thinks impatience with President Obama’s immigration agenda has begun to boil over. An immigrant advocate in Florida, Kateel says there is a potent mix of frustration and disappointment percolating through immigrant communities nationwide.

“Yeah, things are changing,” says Kateel, who works for the Miami-based Florida Immigrant Rights Coalition. “They’re getting worse. That’s what we hear on the ground.”

Kateel is one among many immigrant advocates nationwide who sees a need to reignite the immigrant rights battle with more imaginative and hard-hitting tactics.

Arrests of immigrants — mostly for petty crimes — have increased under Obama, advocates point out. Department of Homeland security budgeting for immigration enforcement, detention and deportation has continued ballooning.

The advocates would like to hold the White House accountable for its broken promises. Plans are underway to attract tens of thousands of activists to Washington, D.C. on March 21 to demand reform.

But besides relying on timeworn tactics like street protests and lobbying lawmakers, the immigrant rights advocates also have turned to more imaginative and radical approaches.

One is the shaming of specific public figures that are perceived as enablers of anti-immigrant activity and sentiment.

Late last year, CNN anchor Lou Dobbs resigned after he was targeted in a high-profile media campaign, “Basta Dobbs,” that painted him as a megaphone for distorted information on immigration.

Last month, over 10,000 people turned out in Phoenix to rally against local Sheriff Joe Arpaio who, thanks to a contract with the federal government, has transformed his office into a de-facto hard-line arm of Immigration and Customs Enforcement (ICE).

On the same day, Jan. 16, smaller rallies were held nationwide to coincide with the anti-Arpaio protest.

The Phoenix rally was successful in part thanks to a high level of engagement from young people, says Shuya Ohno, spokesman for the Reform Immigration for American campaign in Washington, D.C.

Students have recently innovated with their own original protest concepts. Along with four other students from South Florida, 23-year-old Felipe Matos is walking 1,500 miles from Miami to Washington, D.C., to promote in-state tuition at public colleges for undocumented immigrants.

“The government hasn’t done anything for us, so we need to do something for ourselves,” says Matos.

Like two of the other walkers Matos is an accomplished student at Miami Dade College, but is blocked from financial aid and other forms of support due to his lack of papers.

Presente.org, an online Latino organizing group that also helped organize “Basta Dobbs,” is one of the backers of the students’ protest, dubbed the “Trail of Dreams.”

In New York, a five-day road trip this week dubbed “Road Trip for our Future” took 10 immigration activists, many of them first- and second-generation immigrants, on an itinerary that includes farm towns, rust-belt cities, and suburban communities.

The activists held rallies outside lawmakers’ offices and met with local activist groups including, in tiny Pittsford, N.Y.,—“The Raging Grannies,” a troupe of elderly ladies who sang a ditty in favor of immigration reform.

One of the caravanning activists, Gabriela Villareal, is also advocacy policy director for the New York Immigration Coalition. She expressed peoples’ frustration with the immigration system with a personal anecdote. Under current law, it would take 22 years for her to lawfully bring her adult brother from the Philippines to live with her in the United States.

Last year, solitary confinement had to be used to break apart hunger strikes at an immigrant detention facility in Basile, LA. And at the beginning of this year Florida activists grouped as “Fast for our Families” went on a fast to protest inflexible deportation policies that the fasters said needlessly separate immigrant families.

The Florida group was joined on Jan. 18 by some 70 fasters at the Port Isabel Detention Center in Bayview, Texas.

Some of the new immigration activism is taking place in states and localities that would hardly be expected to be hotbeds of immigrant rights agitation.

Alma Díaz, a 28-year-old bartender and mother of a three-year-old daughter, helped organize an unexpectedly large pro-immigrant rally in Cincinnati last month in collaboration with workers’ and faith-based groups.

“Lately, this year, and the final months of last year I’ve seen many Latinos … including many who can’t yet speak English, who are informing themselves, and are organizing and making themselves heard on immigration,” says Díaz.

In Utah, Colombian-American Isabel Rojas has begun urging leaders and rank-and-file members of the Mormon Church — of which she is also a member — to take a more explicit stance in favor of immigrants.

The Mormon Church or Church of Jesus Christ of Latter-Day Saints (LDS church for short) has spoken out in favor of compassionate treatment of immigrants, but has stopped short of condemning Utah immigration legislation that critics saw as too harsh.

Rojas hopes that as its immigrant membership continues to swell the LDS Church will join the Catholic Church and some evangelical and protestant denominations in advocating openly for immigrant rights.

But in the meantime, Utah’s get-tough 2009 immigration bill had one favorable consequence for her work with Comunidades Unidas, a grassroots immigrant advocacy group.

“That scare was what got people looking again at re-energizing and reorganizing,” Rojas says.