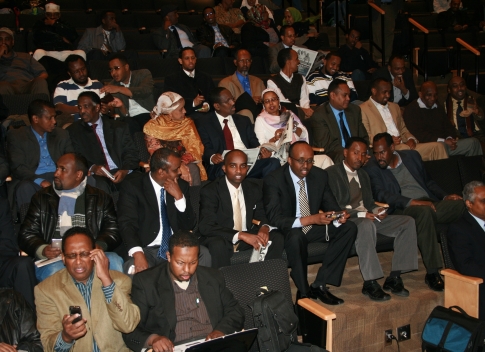 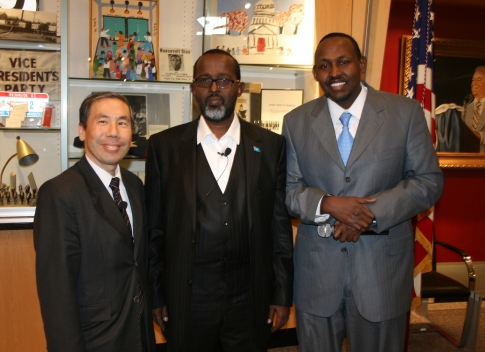 U.S. Department of State Bureau of African Affairs Secretary Donald Yamamoto said that the invasion of Ethiopian forces in 2006 in Somalia was a mistake. Yamamoto spoke at the Humphrey Institute of Public Affairs when he joined the Minister of Information for Somalia’s Transitional Federal Government (TFG), Dahir Gelle, to discuss foreign policy with the Somali community.

“We’ve made a lot of mistakes and Ethiopia’s entry in 2006 was not a really good idea,” said Yamamoto.

Gelle has been the Minister of Information for the TFG since 2009. He is a 44-year-old Somali media personality and holds a master’s degree in Islamic Shari’a law, political science and economics from Egypt’s prestigious University of Al-Azhar. Gelle spoke extensively on the overall progress made by the TFG and the challenges it has faced in the past and is currently facing.

Gelle said he is currently doing a stateside tour that includes Columbus, Ohio and Seattle. He said he is also meeting with U.S. officials in Washington D.C. to widen the support for Somalia. Gelle met with community leaders, women groups, youth and former members of the Somali military.

“I am here to visit with the Somali Diaspora and try to connect with the United States to discuss the challenges facing the Somali government and how we can enhance Somalia’s governing abilities,” said Gelle. “As the Minister of Information, I also wanted to discuss with the Obama Administration, especially the U.S. State Department, on how we could improve the relationship between Somalia and the United States.”

Yamamoto’s prior assignments include serving as U.S. ambassador to Ethiopia and Djibouti. He also served as deputy assistant secretary of state in the Bureau of African Affairs, where he was responsible for coordinating U.S. foreign policy to over 20 countries in East and Central Africa. He is a graduate of Columbia College and holds a master’s degree in International Affairs from Columbia University.

Yamamoto emphasized that the Somali people need to work together and determine their own destiny. He said the U.S. wants to see the Somali people determining their own future and dictating the type of government and economy they want. He also said the U.S. is looking at and working with the TFG on ways to keep out unhelpful and destructive foreign influence as well as extremist ideology.

Minister Gelle said the Somali Diaspora plays a vital role in the reestablishment of Somalia and stressed the importance of opposing radical thinking and extremism.

Yamamoto says he is very optimistic about the future of the Somali people and the Somali state. He says talking with and understanding the Somali Diaspora’s perspective will be helpful.

“We have to be very receptive, flexible and take opportunities and that’s why we are here in Minnesota,” said Yamamoto. “We really need to understand what is on the minds of the Somali community here because the people in Somalia are influenced just as much from the Somali Diaspora and vice versa.”

“The good news is that there is hope for Somalia because the people in Somalia are probably the most resilient people I have ever met,” said Yamamoto.