Home Entertainment Director Jarreth Merz of “An African Election” on the making of the... 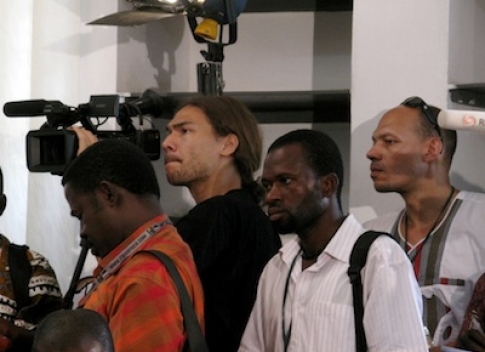 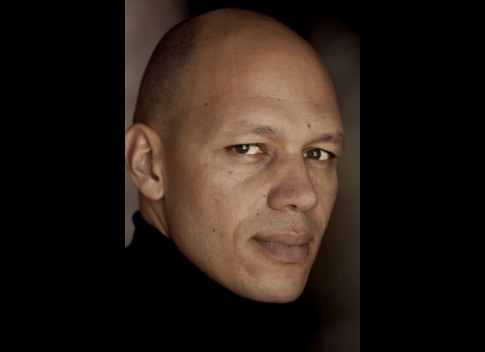 In a world plagued by stolen elections, secret government agendas, and a renewed interest in the exploitation of African natural resources, what value does democracy offer, particularly in the tumultuous region of West Africa?

For Ghana, a nation that has been Africa’s barometer of political stability, democracy may mean the difference between peace and prosperity—and murderous chaos under military coup.

“An African Election” is a remarkable documentary that grants viewers unprecedented access to the anatomy of Ghana’s 2008 presidential elections. Capturing the intrigue of electioneering, the intensity of the vote-counting process, and the mood of the countrymen whose fate lies precariously in the balance, director Jarreth Merz’s coverage unfolds with all the tension of a political thriller, revealing the emotions, passions, and ethical decisions that both threaten—and maintain—the integrity of the democratic process.

“An African Election” illuminates a beacon of hope for Africa and for the value and vitality of democracy today. [Description courtesy of Sundance Institute]

[indieWIRE invited directors with films in the Sundance U.S. Dramatic & Documentary Competitions as well as the World Dramatic & Documentary Competitions and NEXT section to submit responses in their own words about their films. These profiles are being published through the beginning of the 2011 Sundance Film Festival. To prompt the discussion, iW asked the filmmakers about what inspired their films, the challenges they faced and other general questions. They were also free to add additional comments related to their projects.]

“Love Brewed in an African Pot” by the Ghanaian filmmaker Kwa Ansah was my first cinematic experience that I remember having as a child. It touched me deeply at a young age and stuck with me to this day. I ventured off into the world of theater for the greater part of my life only to return to film. I am inspired by the intimacy that one can create through the lense, the voyeuristic eye that can make the audience travel into different worlds, places they would normally never get to see, and that is especially true for documentaries.

My brother and I had just finished filming the documentary “Glorious Exit” in Nigeria, the story of a man who goes to bury his father, though he hardly knew him and didn’t grow up in that culture. It was fascinating to experience the day-to-day African life, which I knew so little of, the culture clash, even though I had spent my childhood in Ghana. I wanted more of that slice of African life, so together with my step-dad, we came up with the idea to try to go behind the scenes of the elections in Ghana. We realized it had never been done before. He had been active in the political scene there beyond party lines, which was a good calling card for us. Well I must also add that I was turning forty and looking for the traces of my childhood memories. More importantly though I realized very quickly that I wanted to portray a different Africa in my film from what we are used to seeing. Then I was also probing to see if the idealized childhood memories could hold up with the country’s reality, if after 28 years of absence, I would find a Ghana that was still a role model for Black Africa.

I visited Ghana eight months prior to the presidential elections to see if I could get access to the political players. Once there I knew I could do it but that I would have to be on the ground early to gain their trust. I started pitching the project and the rest is history…nobody wanted to do the film! I took part of my parents pension fund and started filming. Sounds cruel, but hey they put me in this world!

The question was how to be in different places at the same time without killing the budget. We had to cover the story as it unfolded following the different candidates. I couldn’t rely on footage from news channels in Ghana because I was looking for specific images and a cinematic feel, which I had in mind. I was fortunate to work with Topher Osborn, a very talented DP from the States. We created a look for the film that would go beyond capturing unique moments. I wanted the images to look good and be true to the story. My brother, Kevin Merz joined us. He is a gifted filmmaker and cameraman and we had worked together in the past. Without knowing where the story would go I knew that with my team we would be able to capture unforgettable moments.

Shooting in the ‘strong room’…

People were talking about the ‘strong room,’ the one place within the secured perimeters of the electoral commission where all the results where faxed to. No camera team had ever been granted access. One evening I sat in the office of the electoral commissioner smoking a cigarette and drinking a cold beer after a long and hot day on the road. I asked the commissioner if we could film in the strong room. To my surprised he agreed, on the one condition that none of our footage was to be released until after the election was over. We shook hands and that was that. I was amazed that a gentleman’s agreement still stood its ground, and of all places in a third world country. One never stops to learn.

The journey in store for Sundance audiences…

Sundance is a place where people see beyond the horizon, where visionaries meet and challenge each other in a creative way. An African Election challenges the preconceived notion we have about politics in Ghana or Africa without hiding the brutal realities. It shows how important democracy is to the stability and peace in any fragile third world country, actually in any place in the world. America still serves as a role model when it comes to democratic core values, despite the challenges the country has faced in the past, a role Americans must be aware and proud of. It is a great responsibility, which may be a blessing and a curse. The film is shot stunningly and is a treat to the eyes, it takes you on a journey through images you don’t get to see every day. Last but not least the film is exciting to watch since it unfolds in the most unpredictable way and will keep you on the edge of your seat.

“When We Were Kings” is an all time favorite of mine. I was inspired by the editing and the grand cinematography.

I am currently developing my first narrative projects with an amazing pool of talent. One story is about the greatest Russian poet Alexander Pushkin, his life, his love and his death. I also just finished a narrative short film that takes place on the night of the Oscars and deals with how success corrupts love and the people involved. Another is the story of a fisherman from New Orleans who has lost his job after the oil spill and is still struggling with the aftermath of Kathrina and a young nurse who has just returned from her tour of duty from the Gulf War as a nurse. They fall in love, against all odds. You see, I think love will be the topic of the coming years and centuries!