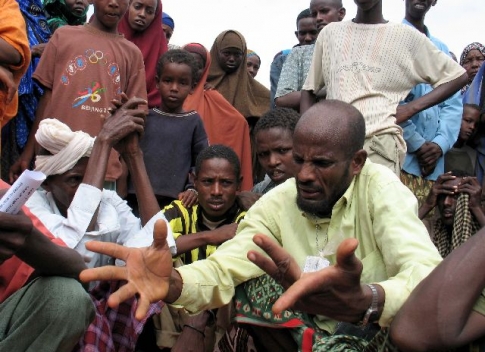 An estimated 80 per cent of the world’s refugees now live in developing countries and yet anti-refugee sentiment is growing in many industrialized nations, the United Nations said in a report unveiled today, urging the richer States to address the deep imbalance.

In absolute terms and in relation to the size of their economies, poor countries shoulder a disproportionate refugee burden, according to the 2010 Global Trends report of the UN High Commissioner for Refugees (UNHCR), released on World Refugee Day, marked on 20 June every year.

Pakistan, Iran, and Syria have the largest refugee populations at 1.9 million, 1.07 million, and 1.005 million respectively. Pakistan also feels the biggest economic impact with 710 refugees for each dollar of its per capita gross domestic product (GDP), followed by the Democratic Republic of the Congo (DRC) and Kenya, with 475 and 247 refugees per dollar of their per capita GDP respectively.

“What we’re seeing is worrying unfairness in the international protection paradigm,” said António Guterres, the UN High Commissioner for Refugees.

“Fears about supposed floods of refugees in industrialized countries are being vastly overblown or mistakenly conflated with issues of migration. Meanwhile it’s poorer countries that are left having to pick up the burden,” he said.

Overall, the report portrays a drastically changed protection environment to that of 60 years ago when the UN refugee agency was founded. At that time UNHCR’s caseload of refugees was 2.1 million Europeans uprooted by the Second World War.

Today, UNHCR’s work extends to more than 120 countries and encompasses people forced to flee across borders as well as those in flight within their own countries.

An estimated 43.7 million people are currently displaced worldwide – roughly equalling the entire populations of Colombia or the Republic of Korea or of all Scandinavian countries and Sri Lanka combined.

Of the total, 15.4 million are refugees – 10.55 million under UNHCR’s care and 4.82 million registered with the UN Relief and Works Agency for Palestine Refugees in the Near East (UNRWA). Some 27.5 million people displaced internally by conflict and 837,500 are asylum-seekers. The report does not include this year’s internal displacements in Libya and Côte d’Ivoire.

Reflecting the prolonged nature of several of the current major international conflicts, the report finds that the refugee experience is becoming increasingly drawn out for millions of people worldwide. UNHCR defines a protracted refugee situation as one in which a large number of people are stuck in exile for five years or longer. Last year, 7.2 million people under UNHCR mandate found themselves in such a situation, the highest number since 2001.

On the other hand, only 197,600 people were able to return home, the lowest number since 1990, according to the UNHCR report.

Afghans, who first fled in significant numbers after the Soviet invasion in 1979, accounted for a third of the world’s refugees in both 2001 and in 2010. Iraqis, Somalis, citizens of DRC and Sudanese were also among the top 10 nationalities of refugees at both the start and end of the decade.

“One refugee without hope is too many,” said Mr. Guterres. “The world is failing these people, leaving them to wait out the instability back home and put their lives on hold indefinitely. Developing countries cannot continue to bear this burden alone and the industrialized world must address this imbalance.

“We need to see increased resettlement quotas. We need accelerated peace initiatives in long-standing conflicts so that refugees can go home,” he added.

According to the report, more than 2.9 million internally displaced persons (IDPs) returned home in Pakistan, the DRC, Uganda and Kyrgyzstan. While the global number of IDPs remained high and instability persisted, that was nonetheless the highest number of IDP returns since UNHCR started monitoring internal displacement trends in 1997.

The number of countries reporting stateless populations has risen steadily since 2004, but differences in definitions and methodologies still prevent reliable measurement of the problem, UNHR said. The reported number of stateless people last year – 3.5 million – was nearly half of the 2009 figure, but this was mainly the result of methodological changes in some countries that supplied data. Unofficial estimates put the global figure closer to 12 million.