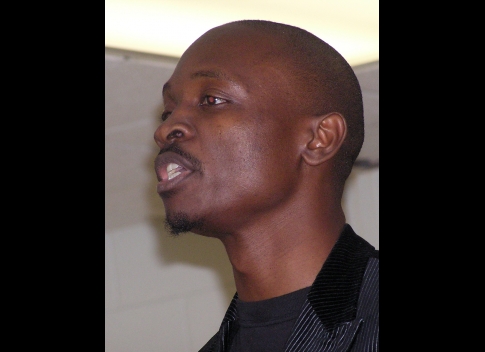 Francis Ssennoga emerged victorious as the new president of the Uganda North America Association (UNAA), the premier organizations for Ugandans in North America.

Elections were held during the organization’s 23rd annual convention held in Denver during the Labor Day weekend. In a lopsided victory over JBM Ssentongo, Ssennoga garnered over 93% of the votes cast on the final day of the convention.

He is the first president elected under the new constitution UNAA adopted last year at its convention in Washington.

Ssennoga is the immediate vice-president of UNAA. His ascendancy has been a systematic one with his early service to the community starting with the Uganda Association in Minnesota before rising in the ranks in the ultra competitive UNAA.

It was one two punch for Minnesota which also saw another Minnesota resident, Brenda Kalema easily carry day to be vice president. Her victory was as lopsided as Ssennoga when she won 90% of the votes cast.

Others that will serve in the new Ssennoga administration were Bukenya Moses who also got a whopping 90% of the vote to become treasurer and Henrietta Nairuba Wamala who cruised to victory with 95% of the vote.