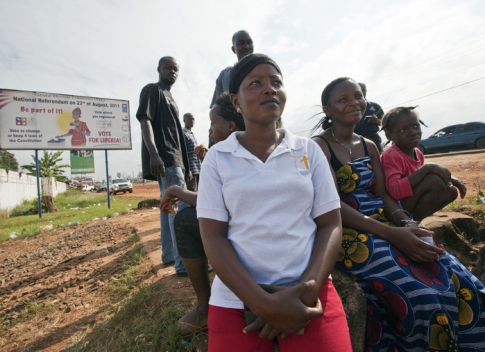 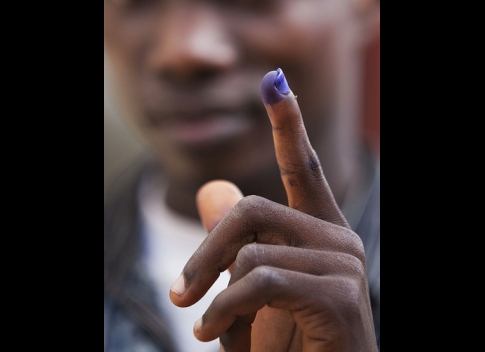 While the upcoming elections provide an opportunity to consolidate Liberia’s hard-won peace, the country will continue to need international support, particularly in strengthening its security institutions, the United Nations envoy to the West African nation said today.

The presidential and legislative polls scheduled for 11 October are the second elections since the end of the country’s decade-long war eight years ago, but they are the first being organized and run by the Liberians.

“If the elections are successful, it does not mean that the work is finished,” Ellen Margrethe Løj, the Secretary-General’s Special Representative and head of the UN Mission in Liberia (UNMIL), told the Security Council.

“Liberians will still require considerable assistance and support in rebuilding their lives and their country. This process will have to continue to be a joint undertaking between Liberians and the international community,” she stated.

Briefing the 15-member Council on the latest developments, Ms. Løj said that planning for the elections and addressing developments along the border with Côte d’Ivoire amid the post-election crisis that took place there have been the focus of the country’s security institutions for many months.

At the same time, planning for the handover of security responsibilities from UNMIL to national institutions has continued, albeit slowly due to the challenges of the last few months, she pointed out.

“But planning for transition is just the first step,” she said. “The Government and the international community will have to continue to build the capacity of the security sector to prepare for the actual handover of security responsibilities.”

In this connection, she reported that the completion of the first of five planned regional justice and security hubs, in Gbarnga, is expected by the end of this year. It will begin some functions even before that with the deployment of 70 police support officers before the elections.

“The hubs will be a critical step in effectively decentralizing rule of law and security agencies and increasing access to justice and security in distant parts of the country,” Ms. Løj said, while also underlining the importance of donor support in establishing the hubs.

The first hub in Gbarnga will be fully financed by the UN Peacebuilding Fund and it is expected that the entire compound will be ready by the end of the year, Ambassador Zeid Raad Zeid Al Hussein of Jordan, who serves as chair of the UN Peacebuilding Commission’s country-specific configuration for Liberia, told the Council.

Liberia is one of five countries – along with Burundi, the Central African Republic (CAR), Guinea-Bissau and Sierra Leone – currently on the agenda of the Commission, which was set up in 2005 to help countries emerging from conflict make an irreversible transition from war to sustainable peace.

Countries can also avail themselves of financial assistance from the Peacebuilding Fund to jump-start rebuilding projects.

Prince Zeid added that it was clear from the Commission’s visit in June that the Liberian National Police, “notwithstanding some very notable improvements in training and some infrastructure, will not be ready any time soon to cope with either a possible increase in the levels of organized crime, nor with any sudden spasms of widespread violence, unless it is more robustly supported.”

In her briefing, Ms. Løj also reported that the country has continued to recover economically, with a number of new economic concessions approved and international investment continuing to increase. A number of pieces of important legislation have been passed, and the 2011-2012 national budget is almost eight times the size of what it was six years ago.

“While economic recovery and development is crucial for attaining long-term sustainable peace, in the coming months, all eyes will be focused on Liberia’s elections and the country’s ability to pull off a national event of that magnitude,” said Ms. Løj.