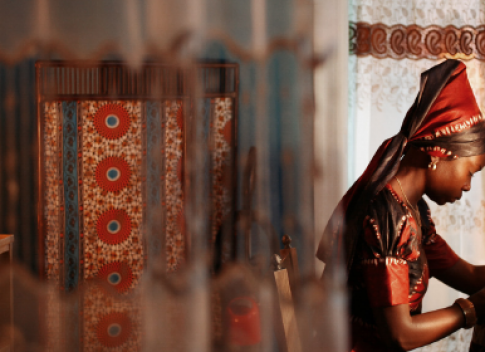 The Film Society of Minneapolis-St. Paul has unveiled its lineup for Images of Africa, a series of films highlighting the cinema of Africa. Part of the Film Society’s Diaspora Project, will feature 30 narrative and documentary films from 15 countries. The series will showcase from November 15-21, with all its Minneapolis screenings taking place at St. Anthony Main Theatre and Mixed Blood Theater.

It is the most ambitious showcase of African film in the Twin Cities with a wide variety of subject matter explored. The works posted on the Society’s website draws titles from the work of established directors Ousmane Sembene (Senegal) and Merzak Allouache (Algeria) and established film production regions like Senegal, Egypt, South Africa, and Nigeria, as well as from emerging directors like Andrew Dosunmu(Nigeria/US) and film production countries that include Mali, Kenya, Somalia and Rwanda.

“Although Images of Africa is specifically developed with Minnesota’s new African communities in mind, it will also showcase the long tradition of film making from across Africa and by Africans,” Susan Smoluchowski, executive director of the Film Society, said in a statement announcing the lineup.

The Film series opens with The Square, a documentary directed by Jehane Noujaim, which chronicles the events that coalesced into the January 2011 demonstrations in Cairo’s Tahrir Square, eventually leading to the toppling of Hosni Mubarak as president. Director Jehane Noujaim (Control Room) has recut her film several times to keep up with events unfolding in Egypt.

Broken Dreams,  a documentary by Director Fathia Absie is one of the featured titles at the Images of Africa Film Series. In 2008, several Somali youth in Minnesota disappeared from their homes and went to join Al-Shabab, a development that shocked the community they left behind. In Broken Dreams, Fathia Absie documents the families of these men as they openly talk about the hopes and dreams of their sons, and provides context through interviews with area youth and community leaders.

Closing the series will be the noted film Mother of George by Director Andrew Dosunmu. The film features Zimbabwean-American Macalester College graduate, Danai Guirira (her of The Walking Dead). Adenike (Danai Gurira) and Ayodele (Isaach De Bankolé) are Nigerian couple living in Brooklyn while facing challenges urging them to question and defy familial and cultural expectations.

The full lineup of films can be found here.