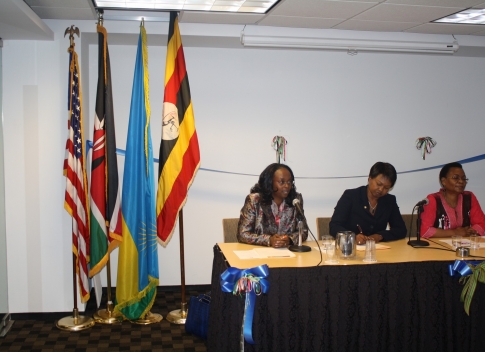 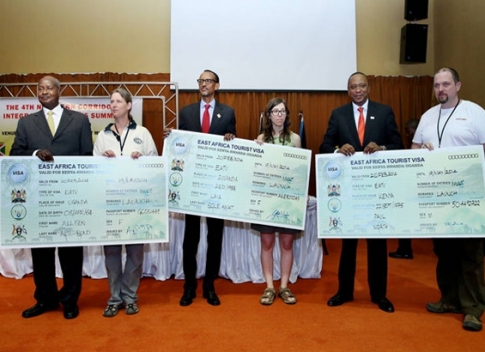 The ambassadors to the United States for Kenya, Rwanda and Uganda today unveiled the single destination tourist visa to the region at a ceremony held at the Embassy of Rwanda in Washington, DC and attended by travel agents, DC area business chamber and other stakeholders.

The ‘single destination’ tourist visa was launched last month in Uganda by the presidents of the three countries in a bid to boost tourism.

Tourists will now pay just $100 for a 90-day visa once instead of applying and paying for three separate visas to the three countries. The new process took effect January 1, 2014 but Stateside efforts by the three embassies are just now gaining
momentum.

Visitors planning to visit the three countries will save an avergae of $50. Prior to the changes, the cost of a single entry visa for Kenya was USD $50, for Uganda $50 and Rwanda $30. The main benefit hoewver for travelers is the removal of the ‘hassle factor’, the need to apply for three separate visas.

The countries have also embarked on a new branding initiative already underway called “Borderless Borders” to signify the new direction in promoting trade and tourism into the region.

Embassy officials at the three embassies indicated their websites will be updated soon to reflect the new changes.