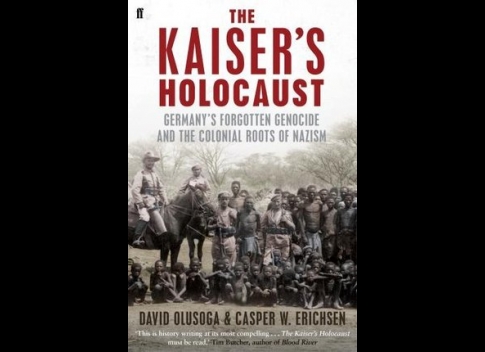 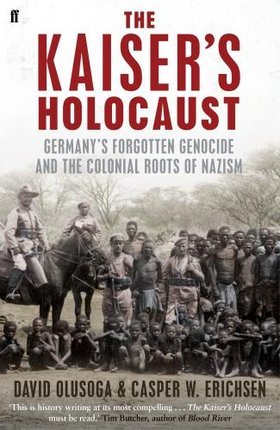 An Anglo-Nigerian writer has respectfully urged Pope Francis to look beyond Armenia for the first genocide of the 20th century.

In an essay in the British Guardian, David Olusoga wrote: “When the media analysts at the Vatican scrutinize the social media traffic of the past seven days, their eyes might well be drawn away from Turkey and the Armenian diaspora towards a cluster of tweets, comments and Facebook posts that emanate from Africa.

“There, another debate raged last week,” he said. “The pope’s description of the Armenian massacre as “the first genocide of the 20th century” was simply incorrect. That grim distinction belongs to the genocide that imperial Germany unleashed a decade earlier against the Herero and Nama, two ethnic groups who lived in the former colony of South West Africa, modern Namibia.”

Olusoga pointed out that the Namibian genocide, 1904-1909, “seemed to prefigure the later horrors of that troubled century.” The systematic extermination of around 80 percent of the Herero people and 50 percent of the Nama was the work both of German soldiers and colonial administrators; “banal, desk-bound killers.” The most reliable figures estimate 90,000 people were killed, he said.

In the case of the Herero, he recalled, “an official, written order – the extermination order – was issued by the German commander, explicitly condemning the entire people to annihilation. After military attempts to bring this about had been thwarted, the liquidation of the surviving Herero, along with the Nama people, was continued in concentration camps, a term that was used at the time for the archipelago of facilities the Germans built across Namibia.”

Recollection of this horror comes as a conference on reparations winds up in New York. However, unlike in the U.S. which apologized for slavery by resolutions in the House and Senate a decade ago, “All of this is now well known and widely accepted in Africa and even in Germany,” says Olusoga.

“In 2004, the German government apologized to the Herero and admitted that what Germany had done to their ancestors constituted a genocide,” he said. “As the co-author of one of the more recent histories of the genocide, I am regularly invited to attend conferences and give lectures on the subject in Germany and the word is spreading. A decade ago, my co-author and I described what took place in Namibia between 1904 and 1909 as “Germany’s forgotten genocide”. That phrase is now past its sell-by date, everywhere, it seems, other than in the Vatican.”

Olusoga wondered if the pope’s statement was made in ignorance or if the Vatican was guilty of the sin of deliberate omission. “Catholicism is growing faster in Africa than anywhere else,” he observed – “200 million Africans are followers of the faith. But awareness of history is also increasing in Africa and crimes such as the Namibian genocide can no longer be ignored, whether by accident or design.”

David Olusoga is the co-author, with Casper Erichsen, of The Kaiser’s Holocaust: Germany’s Forgotten Genocide and the Colonial Roots of Nazism