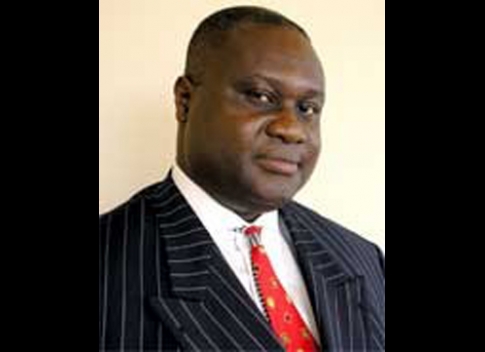 The news of the suspension of longtime Twin Cities attorney Herbert Igbanugo hit the community like a thunderbolt this past May. The Minnesota Supreme Court suspended the high profile Mr. Igbanugo for three months.

Mshale was unaware that there was an ethics complaint against him by prior clients of his until he decided to share with us on the eve of the Supreme Court decision. Still, the news was shocking to all of us and it sent shockwaves in the African community as well.

A little background might be in order for the few, at least in Minnesota, that might be unaware of what Mr. Igbanugo represents in the African community. In the legal community, as in many professions, it is not hard to categorize practitioners into various tiers based on competency and the level of service they are able to provide. Within our community, it is an established fact that Mr. Igbanugo is on the top tier of lawyers in the state. For a number of years, he was one of the main partners at Blackwell Igbanugo Partners, the largest black operated law firm in the United States. That is worth repeating so it does not escape anyone. The largest black operated law firm in the country when the firm was in existence.  The National Bar Association keeps track of such information and one can easily verify that.

Igbanugo and the other partners at the large law firm went their separate ways and started new practices. Mr. Igbanugo went on to establish his current firm, called Igbanugo Partners, which specializes in immigration and International Law. Immigration law as most of us are aware is an important area of practice for many African immigrants given our status in this country.

Lawyers are not created equal. You get the lawyer whose services and level of representation you can afford, and above all able to represent you well and win your case.

As stated above on May 2015, Herbert Igbanugo was suspended for a period of three months. As of last month (September 2015), he has been reinstated and is allowed to practice again after fulfilling the Supreme Court’s conditions and that of the Office of Lawyers Professional Responsibility. The latter is also responsible for the database that contains the list of disciplined lawyers in Minnesota. We are also in receipt of a letter dated September 15, 20154 from David R. Stras, Associate Justice of the Minnesota Supreme Court stating that indeed Mr. Igbanugo is now reinstated. We have checked the database and it says he is indeed able to practice.

Given his position in our large community, Mr. Igbanugo’s recent experience has touched many and caused consternation and heartache, with many who are not even his clients wondering what this portends for the community. Questions asked include

“Can we trust Herbert?”; “Are our African lawyers under attack by the Office of Lawyers Professional Responsibility?” Other questions hinged on what does this do to Mr. Igbanugo’s effectiveness once his suspension is over, keeping in mind that some of the most controversial cases in the African immigrant community context, and some might argue even beyond the community,  have been taken on by Mr. Igbanugo. All communities need blue chip type players in all key professions. As far as lawyers are concerned, Mr. Igbanugo is one of those blue chip players in that profession from our community.

The questions being asked by the community are all legitimate and we have no lawyers working at Mshale and none of us have legal training but we have had many years of interaction with most of the African attorneys in this town and can gauge the strengths and weaknesses of many of them. Given our position in the community, one of the many earned but non-paid role we play is that of a referral house, where people call or write from time to time to get a suggestion on the best person or company that can help them with a need or service they are after.

So for the last three months we have had to field a few questions from concerned Africans on the issue of Herbert Azubuike Igbanugo.

You can access the referee’s decision and that of the Supreme Court to have Mr. Igbanugo suspended and his eventual reinstatement on their respective websites (warning: most of these run into 60 plus pages) but the purpose of our editorial here today is to answer some of the key questions that came up from the community during the travails of Mr. Igbanugo these past summer.

The accusations against Mr. Igbanugo can be broken down into three from a layman’s perspective (which we are): Overcharging for services, professional misconduct and false statements to the court. They all stemmed from complaints against him by former clients revolving around non-payment of services from what we can determine from the hundreds of court papers we have read. Important also to keep in mind some of the accusations leveled at Mr. Igbanugo were actions carried out by employees/attorneys at his law firm but ultimately he is responsible.

It is up to you to decide whether you can take your business to Mr. Igbanugo after all this but whichever decision you make, we believe this is the context we want you as a consumer and member of the community to have. Since his admission to the Bar, Mr. Igbanugo has represented over 20,000 clients with mostly favorable results in the 27 years he has been practicing.

Even while they were suspending Mr. Igbanugo for misconduct, you need to be aware what the Referee (who is the person tasked with the investigations and recommendations to the Supreme Court) said in his report to the court to help our high court to come up with its decision:

2.) Respondent did not make false statements to the court either overtly or by omission in his collections lawsuit

3.) Legal representation continued for all clients even if legal fees were in arrears

Additionally, the referee found that the respondent (Herbert) did not charge “unreasonable fees”.

It did leave us scratching our heads that someone can be suspended after the above three points have been made by what we consider the prosecutor (to use a familiar term) in this case. Was probation a more appropriate action by the Supreme Court? We don’t know. As stated, we are not lawyers but one can be forgiven if they feel the punishment did not fit the ‘crime’ after you have described the ‘offender’ in that manner.

It is important to keep in mind in what might have triggered what really is a tiff between a client and their lawyer. In his findings, the referee said “the firm has faced financial challenges and has had to write off, in the recent past, hundreds of thousands of dollars in unpaid fees.”

It is interesting to note that two of three clients that were the initiators of the complaints that led to all these had their cases successfully concluded in their favor, on the strength of Herbert Igbanugo’s representation, and the argument were over fees. The third client took a different attorney who finished the work Igbanugo had already started.

Here at Mshale, we might not support the style that Mr. Igbanugo used to try resolve the matters related to unpaid legal fees by clients, but we also cannot be blind to what we consider the key findings that the court also concluded, that we believe matter to all of you when looking for a good lawyer. The finding that Mr. Igbanugo “did not commit any professional misconduct involving dishonesty, fraud, deceit or misrepresentation.” We believe just that one sentence should answer most of your queries.

The other question was whether African lawyers are under attack by the Office of Lawyers Professional Responsibility. We are not in a position to answer that question for the mere fact that we have not devoted the limited resources we have to investigate it, but based on the information currently available on the OLPR records that are public, we only currently see two African lawyers under active suspension. One is because of a felony charge and the other for misconduct. For understandable reasons, lawyers are unwilling to speak on the record for matters related to the OLPR.

What you need to know is this as far the matter of Herbert Azubuike Igbanugo is concerned. He is free to practice law again per the Minnesota Supreme Court and this quote from the Referee that brought the charges against him is all we have to say and let you make your own conclusion (these are not our words but words written by the person that recommended Mr. Igbanugo be suspended): “Respondent is a supremely confident, assured and competent individual who has strong religious beliefs and high expectations for himself and others.”