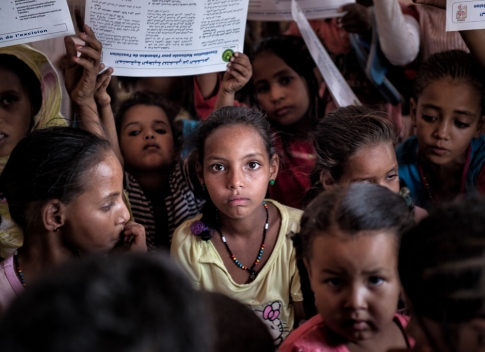 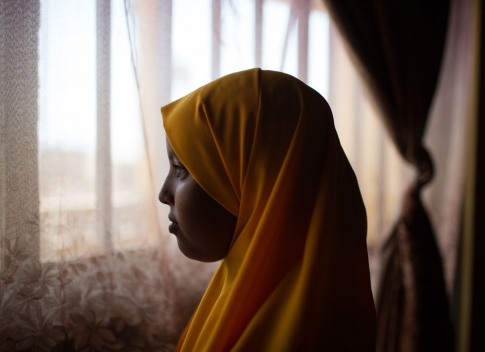 The most senior United Nations officials are urging the world to eliminate female genital mutilation (FGM) by 2030, calling it a “violent practice” that scars girls for life, endangering their health, depriving them of their rights, and denying them the chance to reach their full potential.

“Never before has it been more urgent – or more possible – to end the practice of female genital mutilation, preventing immeasurable human suffering and boosting the power of women and girls to have a positive impact on our world,” said United Nations Secretary-General Ban Ki-moon in a message ahead of the International Day of Zero Tolerance for Female Genital Mutilation marked annually on 6 February.

“Today I raise my voice and call on others to join me in empowering communities which themselves are eager for change,” he declared. “I count on governments to honour their pledges with support from civil society, health providers, the media and young people.”

At least 200 million girls and women alive today have undergone female genital mutilation in 30 countries, according to a new statistical report published by the UN Children’s Fund (UNICEF).

Female Genital Mutilation/Cutting: A Global Concern notes that half of the girls and women who have been cut live in three countries – Egypt, Ethiopia and Indonesia – and refers to smaller studies and anecdotal accounts that provide evidence FGM is a global human rights issue affecting girls and women in every region of the world.

According to the data, girls 14 and younger represent 44 million of those who have been cut, with the highest prevalence of FGM among this age in Gambia at 56 per cent, Mauritania 54 per cent and Indonesia where around half of girls aged 11 and younger have undergone the practice. Countries with the highest prevalence among girls and women aged 15 to 49 are Somalia 98 per cent, Guinea 97 per cent and Djibouti 93 per cent.

In most of the countries the majority of girls were cut before reaching their fifth birthdays.

The global figure in the FGM statistical report includes nearly 70 million more girls and women than estimated in 2014.This is due to population growth in some countries and nationally representative data collected by the Government of Indonesia. As more data on the extent of FGM become available the estimate of the total number of girls and women who have undergone the practice increases. As of 2016, 30 countries have nationally representative data on the practice.

“Determining the magnitude of female genital mutilation is essential to eliminating the practice. When governments collect and publish national statistics on FGM they are better placed to understand the extent of the issue and accelerate efforts to protect the rights of millions of girls and women,” Ms. Rao Gupta explained.

UNICEF says momentum to address female genital mutilation is growing. FGM prevalence rates among girls aged 15 to 19 have declined, including by 41 percentage points in Liberia, 31 in Burkina Faso, 30 in Kenya and 27 in Egypt over the last 30 years.

Since 2008, more than 15,000 communities and sub-districts in 20 countries have publicly declared that they are abandoning FGM, including more than 2,000 communities last year. Five countries have passed national legislation criminalizing the practice. Data also indicate widespread disapproval of the practice as the majority of people in countries where FGM data exists think it should end. This includes nearly two-thirds of boys and men.

But the overall rate of progress is not enough to keep up with population growth. The UN says if current trends continue the number of girls and women subjected to FMG will increase significantly over the next 15 years.

“All of us must join in this call. There simply is no place for FGM in the future we are striving to create – a future where every girl will grow up able to experience her inherent dignity, human rights and equality by 2030,” said UN Population Fund (UNFPA) Executive Director Dr. Babatunde Osotimehin and UNICEF Executive Director Anthony Lake in a statement.