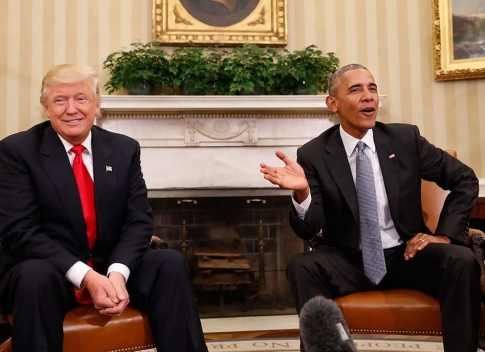 One of President-elect Donald Trump’s campaign promises was a strict crackdown on immigration to the United States.

In that promise, he expressed commitment to ending many of President Barack Obama’s immigration policies, including the Deferred Action for Childhood Arrivals (DACA), which was introduced in 2012.
Holding his first press conference since the election, Obama urged the new president-elect to think twice before getting rid of DACA because of the benefits it’s delivered to its recipients, who “for all practical purposes are American kids.”

“These are kids who were brought here by their parents. They did nothing wrong. They’ve gone to school. They have pledged allegiance to the flag. Some of them have joined the military. They’ve enrolled in school. By definition, if they’re part of this program, they are solid, wonderful young people of good character,” Obama said on Monday, November 14.

“And it is my strong belief that the majority of the American people would not want to see suddenly those kids have to start hiding again. And that’s something that I will encourage the president-elect to look at,” he added.

Nearly 742,000 undocumented youth – with 2,000 Nigerians – are currently enrolled in the program, with one-third living in California, according to data from United States Citizenship and Immigration Services (USCIS). The specific benefits vary from state to state; California, for example, also grants DACA recipients access to driver’s licenses in addition to work authorization and deportation protection.

Only one African country is listed in the top 25 of USCIS data on country of origin for DACA registrants, Nigeria, with 2,181 approvals.