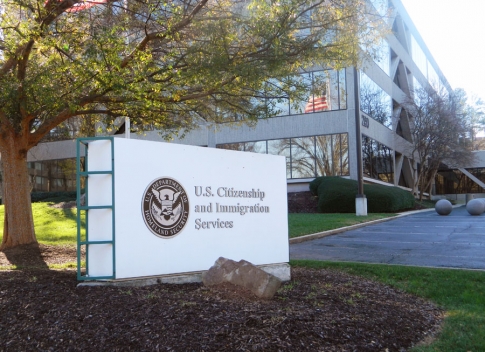 The fees of various immigrant and non-immigrant petitions and applications have increased after the US Citizenship and Immigration Services (USCIS) increased the fee structure on 23, December 2016.

A statement released by USCIS reads “applicants and petitioners to pay our new fees with forms postmarked or filed on or after Dec. 23, 2016, or we will not be able to accept the filings. We will only accept previous fees if they are postmarked Dec. 22 or earlier.”

It also says starting from Dec. 23 no applicant will get a 14-day grace period to correct a failed fee payment.

In a move to help the low-income naturalization applicants who do not qualify for a fee waiver, the USCIS has reduced their fee.

The statement also says that the USCIS gets a large portion of the fund from the amounts collected through the fee levied from the immigration applicants. It also said that the amount collected from the increased fee will be used for detecting fraud, processing cases and a range of other administrative costs. It says the hike of 21% was an inevitable decision as the fee structure remained the same for the last six years.

According to immigration experts, the increase in the fee structure will make it difficult for not-so-rich non-Americans to get the American citizenship.

Leon Rodriguez, the Director of USCIS in an October 24 statement said: “This is our first fee increase since November 2010, and we sincerely appreciate the valuable public input we received as we prepared this final rule.”

He added, “We are mindful of the effect fee increases have on many of the customers we serve. That’s why we decided against raising fees as recommended after the fiscal year 2012 and 2014 fee reviews. However, as an agency dependent upon users’ fees to operate, these changes are now necessary to ensure we can continue to serve our customers effectively. We will also offer a reduced filing fee for certain naturalization applicants with limited means.”

“These changes are now necessary to ensure USCIS can continue to serve its customers effectively,” he added.

The new fee structure will come as a heavy toll on vast number of immigrant who want to naturalize as US Citizens. Millions of immigrants apply for US Citizenship each year and the USCIS naturalize thousands of them as new citizens.

During the last one decade, the number of immigrants applying for the citizenship have increased from 5,37,00 to 1 million. According to data collected by the Migration Policy Institute, nearly 7 million immigrants having become Americans during the last decade.

In the state of New York alone, more than 650,00 immigrants are eligible for naturalization and close to 110,500 out of them are eligible for the new visa waiver. But according to experts in the field of immigration, despite the waiver, many of the applicants will find it difficult to file their applications.

USCIS has received more than 700,000 applications in the last one year.

ees structure uploaded on  the USCIS website is as follows:

This chart lists USCIS’ fees effective December 23, 2016. Applications and petitions postmarked or filed on or after December 23, 2016, must include these new fees or USCIS will reject your submission.