Last year’s race was canceled due to the pandemic and race officials said that 3,192 runners completed Sunday’s 26.2 mile. 3,192 is less than half that completed in 2019. As part of COVID-19 protocols, race officials had capped entries at 4,500.

There was also no prize money in this year’s race which limited the number of elite runners like the Kenyans who have dominated it in the last 10 years, winning seven of the last 10 with the other three being taken by runners from the United States.

Libyan-born Hrezi and the women’s winner Fulton are not full-time professional runners.

Among those who ran the full marathon was Minneapolis Mayor Jacob Frey who finished with a time of 2:53:22. The starting line of the marathon was at US Bank Stadium in downtown Minneapolis and finished at the State Capitol in Saint Paul.

In the 10 Mile race, Danny Docherty of St. Paul won the men’s title in 49 minutes, 19 seconds while Rachel Drake of Portland, Oregon won the women’s 10-Mile title in 56 minutes, 41 seconds.

6,521 runners (including this writer) completed the 10-mile race. 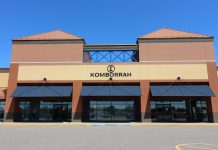 US Kenyans bringing Toyoyo Experience to Minnesota during July 4 weekend