Home News Abdul Kimbugwe is the new Ugandans in No. America 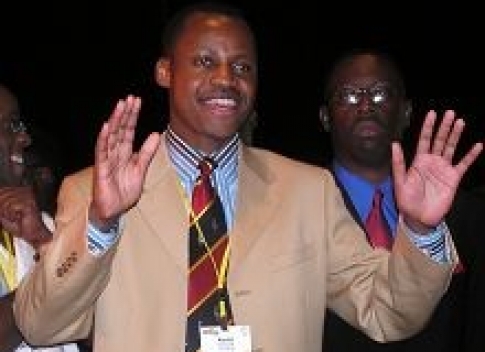 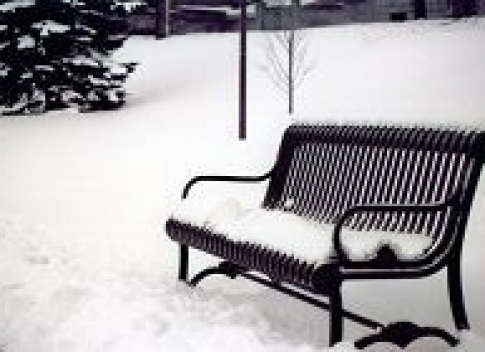 He overwhelmingly beat Margaret Musoke of Seattle, Washington by garnering 65% of the votes cast in a hotly contested election held during the annual UNAA convention that was held in this city for the first time. He is also the immediate outgoing treasurer of the 2003-2005 board under the leadership of outgoing president Rosette Serwanga.

The results were announced by the electoral commission chairman, Mr Patrick Ayota, at the conclusion of the three day convention yesterday that was also attended by cabinet ministers from the Ugandan government. A formal banquet dinner was held to conclude the successful 17th annual UNAA convention at the Downtown Minneapolis Marriott.

Mr. Ayota told conventioneers that he was very pleased with the 71% voter turnout for the UNAA elections. He said there were no complaints of rigging or any voter intimidation. The main challenge that the election officials faced was in trying to figure out the intent of some voters who had not clearly marked the ballots. In that they checked more than one box or did not clearly erase the choice they did not want. In such cases if the there was no unanimous agreement as to the voter’s intent then the vote was nullified and declared so. The Commission had included independent observers to monitor their activities; these were people not affiliated with the electoral commission who had been randomly selected to examine that the proceedings would occur in a fair and free democratic manner. Mr. Ayota also commended Mr. Kimbugwe and Ms. Musoke for running professional and civil campaigns that elevated the quality of UNAA elections to a “new level”.

Moses Ocen Nekyon retained his post of vice president of UNAA after bagging 62% of the vote. He is a resident of Boston, Massachusetts where he is a marketing analyst with a local company.

The closest contest appears to have been that of secretary that pitted California’s ex-US army soldier, second Lieutenant Frank Musisi against Minneapolis’ Francis Ssennoga. The latter however emerged victories by getting 57% of votes cast. Mr. Ssennoga was also the publicity chair for the Minneapolis convention. He benefited greatly by a strong endorsement from famous Ugandan artist, Roy Kapale, a star attraction at the convention. Kapale used the stage during his performances to urge conventioneers to vote for Mr. Ssennoga.

The formal dinner, had gathered a spectacular audience of well-dressed, bedecked and bejeweled Ugandans and friends of Uganda, that were all ears and eager for the results of the polls which were held, that Sunday from 11am till 4pm. The program provided cultural entertainment in the form of music and live performances as attendants partook of the evening menu, which included the staple matoke and groundnut soup. So it was to a satiated audience in high spirits that Mr Patrick Ayota, the Chairperson of the UNAA Electoral Commission came on stage to address.

Ms. Musoke in a short concession speech said the “the people have spoken” and pledged to work with the new team to achieve UNAA’s goals. He asked the new president to call on her anytime whenever her help was needed. They both later hugged during an emotional moment.

These are the results as certified by the Chairman of the UNAA Electoral Commission, for the officials to serve on UNAA International for the next two years.

The Board Member from Canada, Johnson Mujungu had 56% of the vote.  The two Youth Board Members: Flex Kabuye Kayanja and Grace Lubwama Sebugwawo were voted in with a tally of 58% of the vote.  Also in by majority vote are the five General Board Members, Omara Ben Abe, Michael Miti Kavuma, Benon Mukasa, Patrick Iga Musisi, and Tom Mutyabule.

The crowd responded with jubilation to the results. Many got up from their chairs to cheer and dance. The atmosphere was positively charged and the excitement was palpable. Many of the officers in the newly elected board also served on the 2003-2005 UNAA International Board, so it is most likely as a credit to their track record that members chose to re-elect them albeit to serve in different positions. Below is the roster of the out-going UNAA International Board

The new UNAA president was born to Mr. and Mrs. Abbey Kimbugwe Kalema in Kampala, Uganda. He attended Nakasero Nursery School, Namilyango Junior Boys School, Namilyango College School and Makerere High School. He pursued higher education at Nakawa College of Business and later at University of Massachusetts in Boston where he received a Bachelor of Science in Management.

He has since lived in Boston, Massachusetts where he was appointed Manager of Production and retail for FedEx Kinko’s in Cambridge, MA. He also works as a manager for digital production and desktop publishing for Duplicate Management in Woburn, MA.

He is also the founder and current vice-president of the mosque in Waltham and president of the African Orphans Relief Fund, a non-profit organization that is partnered with the Global Evangelical Church in Waltham, Massachusetts.

UNAA can be found on the web at www.unaanet.com.
The 2005 UNAA convention website is at www.unaaminnesota.com.

Visit our picture GALLERY for images from the 2005 UNAA convention in Minneapolis.