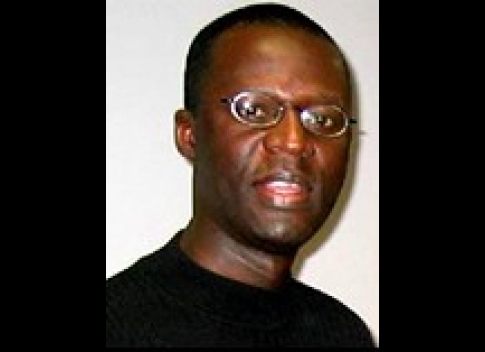 You would never have imagined that there are talented Tanzanian actors and actresses in
Minnesota
who can advance the production of Swahili movies until Josiah Kibira burst into the scene with Bongoland. If you liked his first movie, you will be mesmerized by his second motion picture Tusamehe, literally meaning Forgive Us – as he raises the bar of Swahili movies to a new level – the digital age.

Tusamehe is a highly emotional movie dwelling on the subject of the world pandemic of AIDS skillfully put together by Josiah Kibira who hails from Bukoba, , on the shores of
Lake Victoria
; using a carefully selected cast of potential film-stars, most of whom are making their first screen appearance.

Josiah Kibira wrote the script, directed the movie, produced it and provided sub-titles to enable Swahili and English speaking viewers to remain on the same page when watching the movie. The final product is a touching family story that sails through the ups and downs of love, cheating by way of having multiple sex partners and the dangers of unprotected sex leading to tragedy causing great devastation on an otherwise happy couple.

The leading roles in the movie of Salome and Moses – cast by Blandina Donald and Fundi Kibwana – as the HIV afflicted couple, will grab your emotions from A to Z. You start from a point of happiness on the wedding day to the grieving on the graveyard as Moses dies of AIDS moments before his first child was born. I was so involved in the story when I previewed the movie that I saw tears dripping from my eyes in one of those uncontrollable instantaneous reflex actions!

The motion picture is shot on location mainly in the twin cities of Minneapolis and
St. Paul
. It brings to the Minnesota audiences a fresh angle to a global problem of a pandemic that has been responsible for loss of lives of all age groups in the millions especially in Sub-Saharan African region The pandemic has hit hardest where levels of poverty are very high due to the inability of those in abject poverty to access the life-prolonging drugs that have enabled the industrialized world to bring down AIDS-related deaths by early diagnosis and quality health care.

The dialogue in TUSAMEHE will enhance your AIDS awareness and compel you to reflect more soberly on how to avoid being entangled in the pandemic of AIDS which is preventable. Those looking for life partners but ignore testing before striking an engagement may most probably be jumping from the frying pen to the fire itself like Salome and Moses. Happily, Mama Kurusumu’s message of “all that glitters is not gold” is an appropriate tonic for the youth rushing into unsafe sex and marriage deals. This character with the movie’s million-dollar-message is cast by ’s well-known journalist, Chemi Che-Mponda.

Film Director Josiah Kibira, the 45 year old son of Bishop Kibira, now living in
Minnesota
for the last 17 years has brought in a new dimension to the Swahili movie-making industry using the technology of digital equipment with gratifying results. For him filmmaking is a hobby that has stuck with him ever since he was a teenager after reading former Tanzanian President Julius Nyerere’s Swahili translation of Shakespeare’s Julius Caesar.

He holds a masters degree in Business Management and has a rewarding job at Best Buy, but his passion for movies coupled with the support that he enjoys from his American wife LuAnn Marie and his three lovely children Abela, Namara and three-year-old Babu Mutabuzi – already engrossed in the trade at his tender age, all these add to his strong motivation. The premier screening of TUSAMEHE will take place at the Oak Street Cinema at the campus of the

on November 12. Check out for screening time and other vital messages by logging onto www.kibirafilms.com.

Fadhili Nkurlu, Valerian Rugalabamu, Mukama Morandi, Lucy Nombo Lutabanzibwa and church choirs from have provided the magnificent music that adds flavor to the movie with a strong Swahili touch.

Josiah Kibira is a rising powerhouse in the film industry. He combines creativity, message-laden themes and a deep understanding and appreciation of home-grown stories with a befitting cultural inclination. In his movies, he exhibits patriotism for his land of birth and carries forward the Swahili movie industry to international standards. There is more to come from this emerging super movie hero, including plans for Bongoland (2) to trace Juma Pondamali’s life disposition after returning “home”.

Having seen Kibira’s family and their devotion to movies, I strongly look forward to seeing three-year-old Babu Mutabuzi’s first movie before the year 2020! I hope the title will be Nakumbuka – Longing to See Tanzania! I foresee Namara Kibira’s anticipated first movie Women Empowerment Zone (my title prediction) should be in the streets of African cities and the United States in the next five years (again my very conservative forecast). The Kibira family is a movie-making coalition!