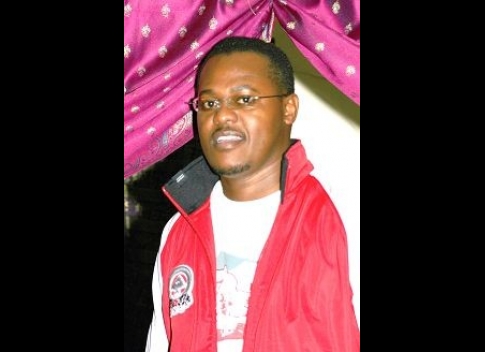 With the advent of MTV Africa the spotlight is now on African music. 27 year-old Kenyan director and producer Michael Wanguhu’s critically acclaimed documentary Hip Hop Colony is at the helm of a revolution that is moving African hip-hop towards the center stage. As emerging genres of music like reggaeton, the Latino version of dancehall, continue to gain international repute Wanguhu is determined that African adaptations of mainstream music are not left behind. “Our musicians have so much to offer and even though I am in the industry to make a living I want to share ’s story”, he explains.

In the documentary, Wanguhu compares the effects of hip-hop on to the pervasive nature of the British colonization of the country as he chronicles the Kenyan contemporary hip-hop scene beginning with its pioneers like musicians Kalamashaka and Hardstone, music producer Tedd Josiah and the Homeboyz Djs.

Wanguhu was inspired to do the documentary when on visiting for the first time since he left the country to study in the U.S he met with a vibrant yet financially strapped local music industry. He managed to secure some financial assistance and in December 2003 started shooting the documentary until March this year.

During Kenyatta Day celebrations last month in
Minneapolis
, an audience watched a special screening of the documentary, witnessed Kenyan musicians and citizens a like discuss all the aspects of Kenyan contemporary music, from opportunities it has created to the controversy it has brewed. For example in response to the charge that contemporary music and culture is not Kenyan, musicians argue that they have taken a foreign concept and infused it with local beats, lyrics and lifestyle to make it their own.

Just as Tanzanian contemporary music is called Bongo flavor and South African hip-hop has been dubbed Kwaito, Kenyans have Genge music (music for the masses) and Kapuka.

Some people from the older generation however seem to dismiss the music as meaningless and cite its influence as the main reason Kenyan youth have gone awry. Whatever the case, Wanguhu argues that the government needs to support and harness the potential in the neglected music industry and hopes his film will revolutionize both the Kenyan music

Michael Wanguhu studied graphic design and film at the

and upon graduation teamed up with long time friend and writer Russell Kenya, through their company

Emerge Media Films to work on Hip Hop Colony. His earlier experience includes work for Kenyan Comedians Redykulass in 1999, the 2000 Atlanta Classic and Kenyans in Exile filmed during the 2004 Rugby tournament in
California
. His primary audience for Hip Hop Colony was the U.S because he knew he would always have the support of Kenyans and wanted to create a niche market abroad. Already the film has gained critical acclaim; it beat media mogul, Russell Simmons’ film to claim the number one award at the Houston Black Film Festival and was nominated at the San Francisco Black festival where it came in second to Simmons’ film. It was officially selected for the Zanzibar film festival, Vancouver film festival, London’s BFM International Film Festival, Cape Town World Cinema Festival and Hip Hop Odyssey Film Festival where it will compete against Fifty Cent’s ‘Beef II’.

Wanguhu is happy with the recognition, but says the highlight of the whole process was listening to the Kenyan musicians Bamboo and others freestyling and finally accomplishing a goal he had visualized since 1999; completing the documentary. He was pleasantly surprised when the film sold out in London, 20 minutes after the tickets went on sale, but equally dismayed by the ignorance about Africa in at the American film festivals.

Nevertheless, everyone is impressed and there is great demand for a sequel to Hip Hop Colony, which Wanguhu wants to expand beyond the borders of to include other African nations. As he reflects upon the challenges he faced securing funding to start the project Wanguhu laughs and says, “Before the film I looked for money, now they (donors) are looking for me.”

More info on the film can be found at www.hiphopcolony.com