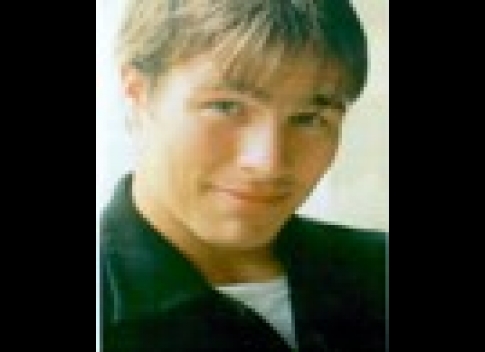 It took the Dixie Chicks at an East/West African-Arab wedding to help me get over my case of Mzungu-Know-It-All. Alright, let’s backtrack.

I coined the term and self-diagnosed myself with Mzungu-Know-It-All about two months ago. Mzungu being the Swahili word for white person or westerner. Know-It-All being the deceptively arrogant mental state that even we so-called culturally sensitive and knowledgeable white folk often adopt after living in
Africa
for a stretch.

It’s a deceptive condition because some of us, in trying so hard to embrace a given African culture, blind ourselves from many sides of that culture and how it evolves. I even had the benefit of several warning-sign symptoms.

For example, I vaguely recall being on stage with Ray C, a Tanzanian R-and-B star, at the
Blue Nile
over a year ago when, microphone in one hand, Tusker Lager in the other, I swiveled my hips to the taarab-like beat and declared to the crowd in Swahili, “I am not a mzungu!”

Man, my case was bad. It’s as if I thought there was some cultural checklist, and, after I put an “x” in all the boxes, I attained honorary African status.

Speak some Swahili? Ndiyo. Crossed the Serengeti? Been there. Walked the streets of Kibera? Done that. Got malaria? Got it and went back for seconds. Drank cow’s blood and milk with the Maasai? Straight up and no chaser.

Such thinking is naïve and all-too-American at best, arrogant and neo-colonial at worst. You can encounter every culture between Cairo and
Cape Town
and be none the wiser. And, lo and behold, culture, especially in the age of globalization, is a bit more complex than bird watching in

Thank God, Allah, Ngai, and MTV for that. And don’t forget the Dixie Chicks.

I started reflecting on such cultural understandings, or misunderstandings, after I attended a wedding send-off reception that mixed more races, cultures, religions, and music than you can find on the Internet. The groom came from Cote D’Voire and worked for the UN. The bride was of Arab descent, born in Bukoba, near the shores of
Lake Victoria
, and raised Christian. The send-off took place at a Malaysian restaurant on one of the busiest streets in Dar-es-Salaam.

Then, after sets that mixed the likes of 50 Cent, Saida Karoli, and Alpha Blondy, the DJ started playing country music. And some people in the crowd started to sing along! It wasn’t just the Dixie Chicks and Shania Twain. Most of the guitar-twanging set featured the kind of country-western that I imagine is still popular in a few towns in Nebraska and
Tennessee
. We’re talking about Don Williams and the stuff that makes Kenny Rogers and Willie Nelson sound cutting-edge modern.

The wedding not being the first time I heard such strange sounds in East Africa, I once asked an older friend how country had become popular there, and he replied that, in the early post-independence days, many East Africans came to appreciate it as an original American music. (Was their no post-colonial disc jockey playing the blues? Muddy Waters, Howling Wolf, B.B. King?)

While then watching a Dwight Yokum video on TV, I also asked his baggy-pants-backwards-hat-wearing teenage neighbor if he liked that kind of music. In Dar-es-Salaam Swahili slang, he replied most enthusiastically in the affirmative.

For many Mshale readers, my trite reflections on culture will be far from mind-blowing, even causing you to say to yourself, while shaking your head, “Ah, that poor confused mzungu.”

Fair enough. It took a bit of
Memphis
at a Malaysian restaurant in Bongoland for me to tell myself the exact same thing.