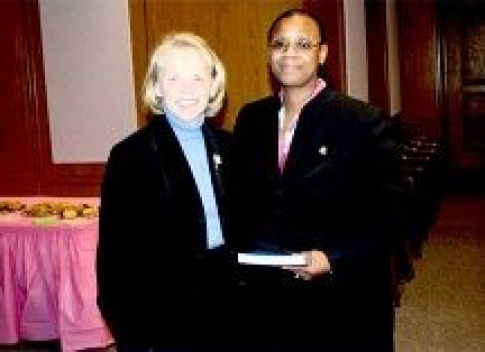 Kiffmeyer talked about elections and about efforts to encourage people of color to vote.

“Minnesota has had the highest voter turnout in the nation for the past three elections. It’s because of civic-minded citizens like the members of Alpha Kappa Alpha that we’ve been able to do that,” said Kiffmeyer. “It was a real honor to address the group.”

Alpha Kappa Alpha is at www.aka1908.com