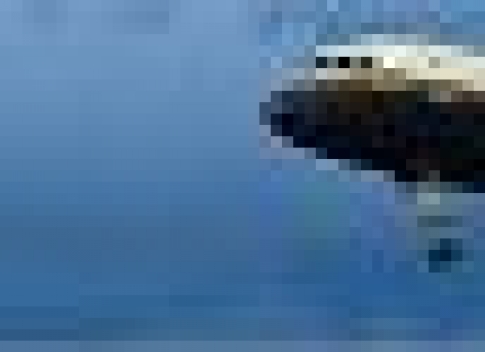 The lieutenant Governor of the State of Maryland, Honorable Michael S. Steele in April launched the first ever flight operation into West Africa by a United States carrier, namely North American Airlines. The company commences its direct flights out of Baltimore Thurgood Marshall International Airport where April’s ceremony was held on June 3rd 2006 into Banjul International Airport and onward to Kotoko international Airport in Accra.

In his address to the exiting crowd of travel agents, airport officials and members of the West African communities in the area, Governor Steele extended gratitude on behalf of the state of Maryland for providing the new service from Baltimore to West Africa. The Lt. Governor emphasized that this new service will create new trade opportunities and also advances the movement of goods and services to and from West Africa. Mr. Steele said this service will also enhance and consolidate the steps the State of Maryland has taken by way of Business with West African countries.

Speaking on behalf of the Government of The Gambia, Ambassador Dodou Bammy Jagne, Gambia’s Ambassador to the United States highlighted the importance of this service. Mr. Jagne said the service will bring West Africa closer to the United states of America citing the numerous difficulties experienced during the past two years following the cancellation of Ghana Airways operation out of Baltimore. He said the service will also play a vital role in the bridge building between the United States and West Africa. He informed North American Airlines that the Gambia government is fully committed to support this venture and also ensure it comes to fruition. Dilating on the impact such venture can have on trade, Mr. Jagne said given the close proximity, West Africa must take advantage and utilize this service to the maximum. Ambassador Jagne also spoke of the close links between The Gambia and the State of Maryland. He thanked the Lt. Governor for the recently concluded agreement on Port cooperation between the Ports of Baltimore and The Gambia.

On his part, Mr. Jeff Mackinney, president of World Air Holdings,said that there was a significant demand in the Baltimore/Washington DC area for a direct flight into West Africa and his company was looking forward with great anticipation to providing this link.” Customers also will appreciate Business class service with all leather seating, 55 inch seat pitch, 135 degrees recline and 100 hours of on demand, in flight entertainment,” he was quoted as saying. Mr. Mackinney also paid tribute to the Governments of The Gambia and that of Ghana for the support and cooperation. He said both countries worked diligently to get the operations to take off.