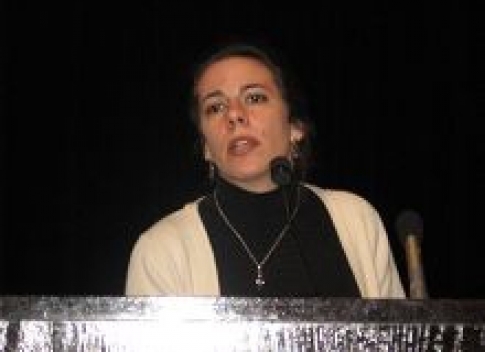 This was Maria Jose Alcala’s argument as she addressed a couple of hundred Minnesotans this past weekend. Alcala who is the senior Technical Advisor for Gender Equality and Empowerment, at the United Nations Population Fund (UNFPA) was speaking at the University of Minnesota where the Minnesota Advocates for Human Rights hosted its12th annual International Women’s Day.

Although women, have in recent history, made great strides in political and social development across the globe, there is still a lot to be done. This was Maria Jose Alcala’s argument as she addressed a couple of hundred Minnesotans this past weekend. Alcala who is the senior Technical Advisor for Gender Equality and Empowerment, at the United Nations Population Fund (UNFPA) was speaking at the University of Minnesota where the Minnesota Advocates for Human Rights hosted its12th annual International Women’s Day.

The gathering brought together men and women from different organizations, all geared towards the betterment of women both locally and internationally.

Alcala’s speech was entitled ‘Bridging the Gender Divide: Unfinished Agenda of the 21st Century’. Alcala addressed every aspect of women’s development, from childhood to adulthood including all aspects of her life from education, political and economic development.

In highlighting the plight of the adolescent girl, Alcala pointed out that young women are a priority group when dealing with gender equality since this was the stage that empowerment and opportunities could be given to them before the full weight of gender discrimination had a chance to derail their aspirations and dreams.

The adolescent girl the world over faces discrimination when it comes to education, 55 million girls are out of primary school and there are more girls out of school than boys. They face early marriage, 80 million girls will be married as children over the next decade. As if this is not bad enough, 15 million girls between the ages of 15 to 19 give birth every year. One half of adolescent girls are mothers before they turn eighteen.

Alcala went on to say that studies have shown that keeping girls in school through high school was one of the leading solutions to resolving many of the world’s problems.

“Basic human rights of women have to be met, “asserted Alcala. “Although attention has been brought in closing inequality in the work force, attention still needs to be paid to the woman’s reproductive role and how this affects her work life.”

Alcala argued that even though more women are entering the workforce, there has been little change in homes since working mothers, in most parts of the world, still single-handedly raise children and maintain their homes. She noted that steps have been taken in several countries and organizations to allow for a paternity leave.

Alcala noted that the UN has established the Convention on the Elimination of All Forms of Discrimination Against Women (CEDAW) in addressing gender inequality. CEDAW is one of the UN’s seven international core conventions and the only one that is exclusively devoted to women.

Alcala stressed that it was up to the women’s movement and all related organizations to bridge the gap between the policies and their implementation. Failure to do this would mean that many women and girls would live without hope of equality or educational opportunities.

“Today, more than any other time in history, we have several women leading nations all over the world, including Liberia’s election to Africa’s first female president, Ellen Johnson-Sirleaf, “she said on the great strides made by female leaders in the 21st century.

She spoke on the plight of the migrant worker, human trafficking of women and illegal immigration among domestic workers. An on going vice in many women’s lives is the issue of domestic violence which occurs in every country in the world and can happen to any woman regardless of social or economic status.

Alcala was pleased to announce that the world would see a major intensification of efforts against gender based violence from the UN system over the coming years. Alcala applauded the various organizations whose tireless efforts had provided models and support for legislative reforms in both locally and abroad.

In concluding her remarks, Alcala encouraged the Minnesotan community to continue embracing its immigrant community as Minnesotan organizations work towards equality for women within the system.