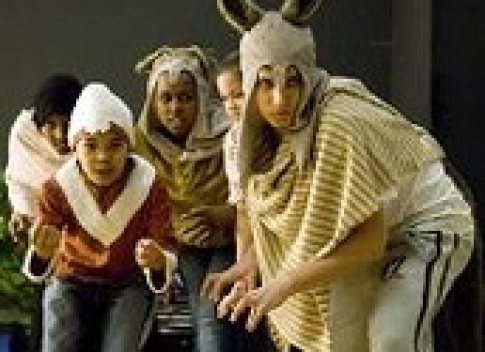 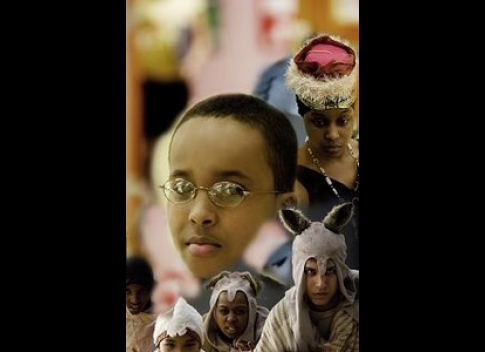 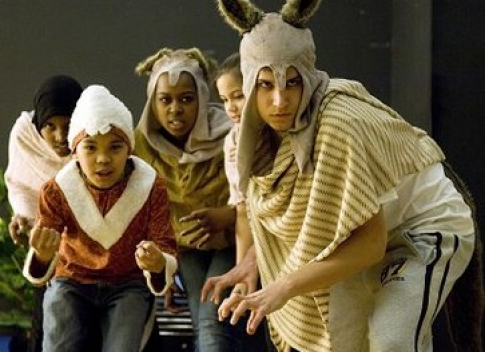 Opening night can’t happen soon enough for some of the actors in SteppingStone Theater’s new production of A Lion’s Tale: Somali Folktales. But no matter how long they hold their breath, May 4th won’t arrive any faster.

On that Friday evening the theater premiers new work by Said Salah Ahmed who, working with Christina Ham, drew upon Ahmed’s book of a Somali folktale, The Lion’s Share written and published for children, to produce an play for young and old alike.  The play is directed by Taous Khazem.

John Heimbuch, program assistant, said that SteppingStone Theater is interested in multicultural productions.  The choice of this particular folktale "was a good way to take the aspects of (Ahmed’s) work and put it into a theater setting," said Heimbuch.

SteppingStone Theater approached Ahmed and eventually commissioned him, "one of the most powerful voices in the national and international community," to write this play.  "With this show, the rich traditions and stories of Somalia will be shared not only within the Somali community but also with the broader community," said Artistic Director Richard Hitchler at their website.

Ahmed said that the point of the play is sharing.  In fact, the premise of the story centers around two Somali children who view certain customs in the United States as very different from their own customs and in the play, they are magically transported to Somalia where they become characters in a series of folktales that have been handed down, generation after generation.

"Storytelling and folktales are popular and not only for children and entertainment," said Ahmed, "but also stories are told for the elderly to make a point" and convey a message, Ahmed emphasized.

"The Somali community is not particularly a theater-going community, so this is a community outreach for us," Heimbuch explained.  Heimbuch might end up eating his words, which shouldn’t bother him a bit.  Half a dozen of the young actors in the play are either Somali immigrants or children of immigrants, plus the story itself comes right out of the pages of Somali’s folklore.  These two specifics might induce many in the Somali community to turn out for the play.  Such a turnout could alter Heimbuch’s view of the local Somali community, one of the very largest in the States.

On the web at www.steppingstonetheatre.org