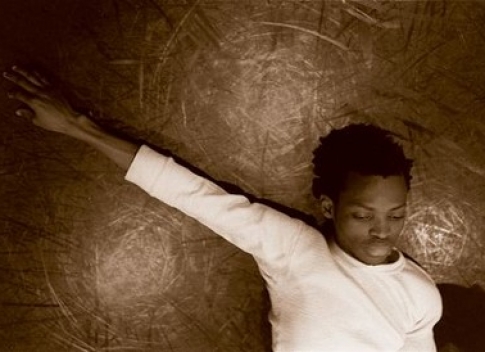 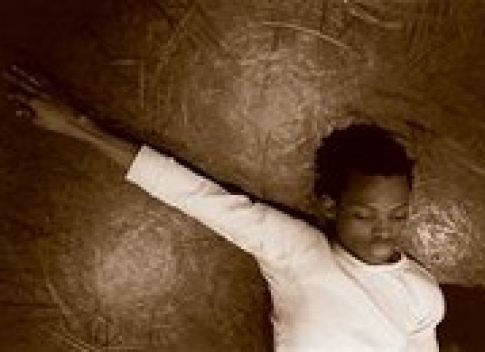 Faustin Linyekula will travel from his home in Kinshasa, Congo, visiting Minneapolis for the first time to give us a taste of his expertise in contemporary African dance this coming May 17th at 7 pm at the Walker Art Institute.

On that Thursday evening, his thirty-minute performance piece will present ideas related to displacement and circulation with respect to the history of his homeland, it’s colonization, independence, and internal strife.

Linyekula says, "My country, the Democratic Republic of Congo, has experienced terrible years of war with more than three million dead, mostly civilians, within five years.  I often say that I have inherited a pile of ruins, that’s my legacy from my fathers," Linyekula laments.

However, out of these remains the artist has sifted and discovered gifts.  "Scavenging through the ruins," Linyekula says, "I try to build a temporary shelter:  a poem by Rimbaud, Banyua rituals my grand-mother took me through, Ndombolo dance steps from a music video by Papa Wemba, guitar sounds from Jimi Hendricks, Latin classes with Father Pierre Lommel…whatever I find will be useful…I improvise… Improvisation here is not an aesthetic luxury, but a state of living.  Surviving:  in such a hostile context, where one never really knows what tomorrow will be—another war?  An epidemic? —One needs to know how to improvise to remain alive."

Despite a strong African immigrant community here in the Twin Cities, many of the patrons at the Walker are unfamiliar with the details of life in West Africa.  Linyekula hopes to connect with his audience through his skills in storytelling.

"I consider myself as a storyteller and all of my work is about this story, how to tell a story, using all materials that come my way:  bodies, voices, memories, images, sounds…So the connection with the audience is very important to me," Linyekula tells me through e-mail while working in Holland.

Using these various media, Linyekula will seek to create a sense of identification with his audience.  He sees a challenge in "how to share with people during one hour or two a common space, the theater space, before going separate ways.

"With my performances," Linyekula continues, "I don’t want to make people laugh of cry, but to make them dream, even a few minutes, to open some windows, to resist just for a while the daily preoccupations…to plant fragile seeds of beauty, seeds of dreams."

He’s already planning a second trip.  This fall Linyekula returns to the Twin Cities with his ensemble cast Les StudioKabako to present Festival of Lies.  He’ll have a chance to see how his seeds have grown.