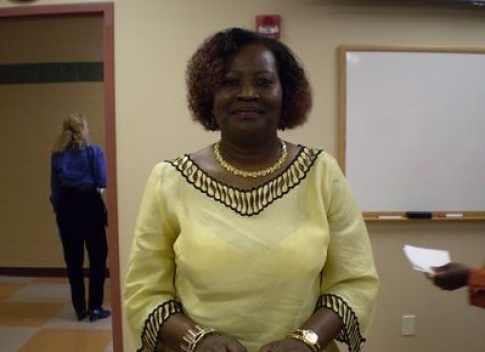 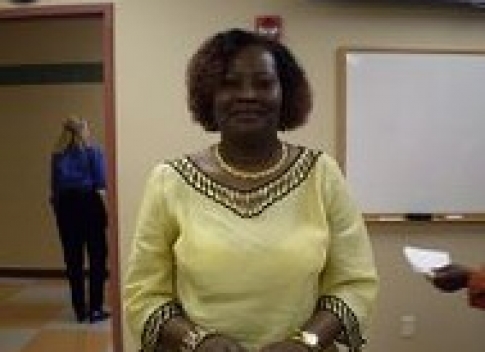 The Center for Victims of Torture in collaboration with other institutions and non-profits that provide for food shelves in Minnesota launched the first African Food Shelf in Minnesota at the Center for Families in North Minneapolis on Friday, April 20.

Speaking at a well-attended launch ceremony that saw contributions of African foods from various philanthropic organizations and individuals, Alice Tindi of the Center for Victims of Torture declared that from now on no one should go without the food they enjoy eating. Nailing this point, she said “no African immigrant or refugee will go hungry in Minnesota because of lack of familiar foods in the food shelf.”

Tindi underscored the widely held belief that food is an important aspect of a people’s culture adding “in food, people find their identity, express their pride, create bonding, also food brings joy and a sense of fulfillment.” Providing culturally appropriate foods to the people, she affirmed, was a way to achieve their empowerment.

She appealed to African immigrants who have already established themselves to be at the forefront of contributing to this endeavor in accordance with the conventional wisdom that charity begins at home. The object of the African Food Shelf is to support nutritional needs of new immigrants, refugees, single mothers and other immigrants in the low-income bracket to access familiar foods to their culture that cannot be found in mainstream food shelves.

The African Food Shelf is initially intended to serve Northwestern Hennepin County, including Brooklyn Park and Brooklyn Center. Culturally appropriate ethnic foods will serve as a bridge to bring the African immigrant population together in celebrating their ethnic cuisine.

An African Foods Advisory Committee is running the show at present until a formal Board of Directors is established with an appointed Executive Director to take over.

Delivering a key-note address at the launch ceremony, Rita Apaloo, Founder and Director of African Women Connect said she was encouraged to move on with the African food shelf idea by results of their organization’s first food drive in which 230 pounds of food was collected. At a second such drive, some 247 pounds of ethnic food items were collected.

She said Africans are a “compassionate, generous and resilient people” and should be incorporated in the quadruple equation of service as an integral part of the learning, serving, sharing of experiences and a source of contributions to the food basket.

Speaking about courtesy in serving the people who need food assistance, she said the client is the core of our business and should be treated with respect.  She said we have to assist our fellow new immigrants overcome the inevitable cultural shock they face on arrival in the US by building a relationship of trust with them so that they are made to feel at home.

“Get to know people on a personal level, ask respectful questions, be a good listener and always be ready to go the extra mile to demonstrate to them that they deserve better,” said Apaloo in her conceptual code of conduct for the African Food Shelf service providers.

Apaloo also spoke of her own personal experiences when in 1997 she found herself as a single mother who went through a tough time to adjust her expenses in accordance with her limited means. She said she had to make tough choices by letting go such luxuries as a spacious home apartment – cell phone, cable TV and settle down for basic necessities of life only. As nutrition for the baby and herself was critical, she joined a Food for All program in which she had to pay $ 14 per month to get her groceries and food shelf needs.

She said what she went through was a bitter experience and was proud to see the African Food Shelf dream come true where people can find food items that they love to eat. She appealed to all guests present to make generous pledges and donations to support this food initiative so that “we can get our community moving.”

Confident that Africans are “a generous and compassionate people”, Apaloo urged Africans to demonstrate their philanthropy to erase media images where Arica is depicted as a continent of rampant conflict, corruption, hunger and disease. This good side of Africa, she inferred was the community’s cash cow and should manifest itself as our pride.

Interested donors of both monetary and food donations should submit their pledges and donations at the current African Food Shelf distribution outlet at The Center for Families on 3333-4th Street North, Minneapolis.