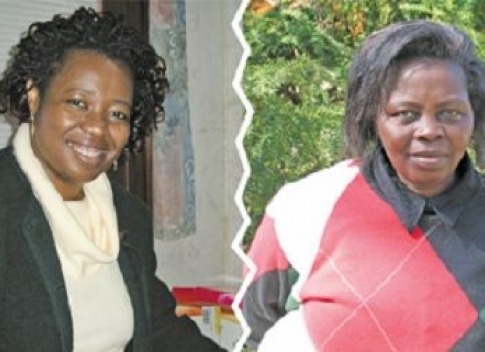 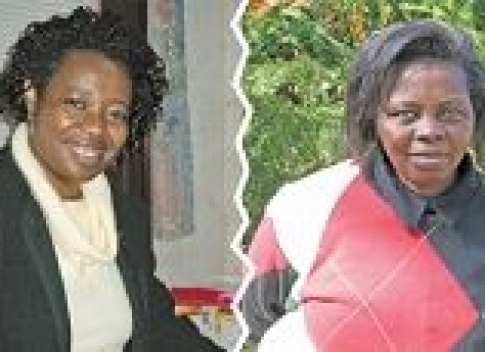 Zyombi International Project, recently renamed Africa Health Action, has earned its reputation as an outstanding pioneer of HIV/AIDS education organizations in African communities of the Twin Cities. So why is there so much hubbub and dispute surrounding it now?

For many Africans in Minnesota, the names Siona Nchotu and Zyombi are like one and the same.

Since being diagnosed with HIV/AIDS in 2002, Nchotu has made presentations throughout African communities about the epidemic of the deadly virus and prevention efforts. Her story is remarkable not only because she survived being in a five-day coma and having a mere 14 white blood T cells, a veritable death sentence, but also because she became a trailblazer as an HIV-positive African immigrant who openly and publicly discusses the disease and her status.

“It was just a miracle. I had only 14 T cells and I survived,” said Nchotu. “I could only thank God and try and educate other people about HIV and AIDS. It became my ministry.”

In 2004, Nchotu founded the Zyombi International Project (ZIP) to further her mission. From the Bafu language in Cameroon, the word “zyombi” translates roughly as “see the world” or, as an implied meaning for ZIP, open your eyes to see the world with AIDS. For the next two years, Nchotu became a regular speaker at Cameroonian gatherings in the Twin Cities and events involving HIV/AIDS non-profit organizations. The Minnesota Department of Health awarded ZIP with two small grants, and Nchotu said she had vision to expand the organization’s mission and outreach.

Jump ahead to 2007, however, as ZIP has landed in controversy that has become a matter of public concern. The organization has changed names, changed executive directors, and Nchotu has filed a lawsuit against the very non-profit that she founded. That is just the beginning as versions of what exactly happened to ZIP and Nchotu are in dispute.

The organization, which was renamed African Health Action in January, is currently led by executive director, Alvine Siaka. Nchotu has alleged that Siaka deceived her and wrested away control of ZIP. Siaka has flat out denied the allegations. Besides sparking debate in African communities, the power struggle has led both disputants to land in court for different reasons. Nchotu’s lawsuit is ongoing and is for misrepresentation among other charges against the entire ZIP Corporation. Siaka later filed a restraining order against Nchotu, a matter that was resolved and ultimately dismissed by a judge.

“All of this is also just like the meaning of zyombi,” said Nchotu. “You see, what happened to me. You see what happens in the world.”

Two Sides to the Story

According to Nchotu, the story starts some 18 months ago when she departed for Cameroon in November of 2005. At the time, she said she had recently asked Siaka to join ZIP and act as executive director while she was away. She said that she had been in the process of applying for full non-profit status through the federal government, known as 501(c)3 status. But Nchotu said she had yet to expand the board of directors and staff to anyone beyond her, Siaka, and two others or to establish the organization’s bylaws, two major requirements to receive full non-profit status.

Nchotu said she had entrusted Siaka to continue ZIP’s mission, to apply for the 501(c)3, and to apply for grants. Siaka did exactly that and more, recruiting several new board members, updating the organization’s incorporation, expanding its mission, and applying for and eventually receiving 501(c)3 status. Upon Nchotu’s return to the US a year ago, however, Nchotu claimed that Siaka would not cooperate with her.

“[Siaka] amended the incorporation under her name only, filed for the non-profit status under her name, and did everything as if it was her organization all along,” said Nchotu. “She would not show me any paperwork when I asked to see it or introduce me to the new board members.”

Last summer, the Minnesota Department of Health awarded ZIP a grant worth $257,585 for a 30-month period. It was at that time, Nchotu alleged, that the confrontations between her and Siaka began to increase and, in September of 2006, Siaka handed Nchotu a letter of termination.

For Siaka’s part, she said that she believes that the dispute can find a resolution, and that she hopes that everyone involved can just focus on the mission of the organization. Siaka said that she has been on a mission trip with her church, Westminster Presbyterian in Minneapolis, to Cameroon to gain experience with communities affected by HIV/AIDS. She even praised Nchotu for her work.

“I wanted to recognize the work done by Siona (Nchotu),” said Siaka. “She has done a very good job. She has used her story to reach out to the community.”

When then asked the reasons for Nchotu’s termination, Siaka said that she would prefer not to discuss the matter as it is under litigation. (She did say that it had been Nchotu who had asked her to assist with Zyombi as executive director before Nchotu left for Cameroon.)

“The board made a decision not to discuss this information,” she said. “You can contact our attorney.”

Later in the interview, Siaka said that she is proud that Africa Health Action has been able to expand its services to include testing not only for HIV but also Hepatitis C, and she hopes that the organization will serve a more diverse range of African communities.

Within some such communities, however, she also faces a degree of opposition.

Divided Views
Nyango Melissa Nambangi knows both Siaka and Nchotu professionally. She is the executive director of the Minnesota African Women’s Association and an elder at Westminster Presbyterian Church, where Siaka also attends. She said that, at one point, Siaka approached her about assisting in resolving the dispute with Nchotu.

“I do think that Alvine (Siaka) pushed Siona (Nchotu) out,” said Nambangi. “The community is in an uproar. This has happened before, and it has been detrimental to the African community.”

Nambangi said that there are ethical issues and African cultural values at play in this case beyond what happens in and out of the courtroom.

“It is really disappointing to see what has happened,” said Nambangi. “This state took a long time until it could trust African organizations because so many times Africans would quarrel… This could hurt our image again.”

Nambangi also questioned whether or not Siaka, who did not have non-profit experience before she started with ZIP, could have made any progress as an executive director without Nchotu’s name and credibility.

According to records at the Minnesota Department of Health (MDH), ZIP received two small grants of no more than $4000 each starting in 2004. Gary Novotny, who works in MDH’s HIV and STD section, said that more than 60 groups applied for the funds that ZIP received most recently, the $257,585 grant, and that only 20 others received similar funding, including two other African groups. He noted that the application process was very competitive and covered groups that planned on offering extensive services, such as outreach, interventions, testing, etc. Thus, he said that more than just previous organization work was considered in the process.

“That would be hard to say,” said Novotny. “The review process does look at past work. There are some good things that have to happen. But this was an entirely different process for a different level of funding. That’s why we rely on the federal government’s 501(c)3 status as a good indicator.”

Novotny also commented on the complaint that Nchotu filed with MDH against Siaka and ZIP.

“There was an investigation,” he said. “The agency was in compliance, and they identified areas in which they could improve. There were no other findings except that they were doing a satisfactory performance.”

Some of ZIP/African Health Action’s board members expressed similar satisfaction with the organization’s progress and all board members interviewed declined to comment at length about the dispute with Nchotu. Although, some praised her previous work and expressed hope for finally resolving the matter.

“I don’t want to get into the nitty-gritty and who said what about who,” said the non-profit’s board president, Nancy Nelson. “We are a responsible non-profit, and we have an executive director who is doing her job.”

Other board members expressed doubt over community criticism of Siaka and the organization.

“They are merely repeating what [Nchotu] has told them,” said board member, Duane Kroenke. “I don’t believe it is true, and the court will ultimately decide that dispute. Despite the distraction, the organization has been able to meet its goals.”

One key aspect of the lawsuit is that it is a derivitive lawsuit, meaning that the lawsuit is actually filed on behalf of the organization. Thus, the organization’s board of directors has appointed a special litigation to determine whether or not the lawsuit is in the best interest of African Health Action. That may make it more difficult for Nchotu to plead her case, especially since she said it is difficult for her to afford legal counsel. Another important aspect is that a non-profit cannot be owned by anyone, and is in fact run by its board of directors.

The recognized board of directors is, of course, the one formed in Nchotu’s absence. Members of that board have said they have made attempts to resolve the dispute between Siaka and Nchotu, and, according to documents obtained by Mshale, they have offered Nchotu an opportunity to continue a role as an educational speaker for the organization.

Nevertheless, concerns have continued to be discussed in the community and raised at gatherings.

Pascal Atem said that he also knows both Siaka and Nchotu and has listened to both sides.

“Siona (Nchotu) is an elder of this community,” he said. “She started this project. Everything about it was her idea. It is something she feels and she lives for it. People have listened to what Alvine (Siaka) has to say, but they are tending to sympathize with Siona (Nchotu). ”

As far as Nchotu, she has continued to make presentations at African community outside of ZIP and without pay.