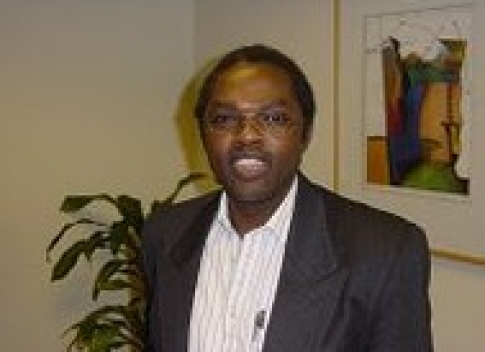 Trailblazers Recall the Birth of a Diaspora Giant

The call to organize for resistance came in February of 1997 during an emotionally-charged, anger-driven demonstration outside the Kenyan Embassy in Washington D.C.

A suspicious fire in a dorm at the University of Nairobi’s Kikuyu Campus, had taken the life of Solomon Muruli, a third-year student, who a few months earlier had been allegedly detained and tortured for what police said was his role in fueling student unrest at the university. During investigations into his ordeal, Muruli had identified a policeman as one of his tormentors.

For the first time, Kenyans in North America, who until then had never thought of coming together, headed for their country’s embassy in Washington D.C. to protest. While there, they formed an impromptu organization only meant to issue statements to the press. They called themselves the Kenyan Community Abroad. Lucy Kimani, one of the demonstrators outside the embassy, coined the name on the spot.

“The truth of the matter is that the name just seemed natural at the time for it represented who we were, the Kenyan community abroad,” Kimani said in an e-mail response from Nairobi.

Muruli’s death sparked a need for Kenyans in the Diaspora to unite and create a force aimed at improving the political climate in Kenya by mobilizing the country’s citizens who lived away from home. “They named the organization, the Kenyan Community Abroad,” said Dr. Matunda Nyanchama, KCA’s founding president.

“It wasn’t hard at all to come up with a name,” Nyanchama, said on a phone interview from Toronto, Canada, where he resides. “Lucy had come up with an ingenious name and we had been signing our statements to the press (about Muruli’s death) as ‘Kenyan Community Abroad.’”

The organization celebrates its 10th Anniversary on the weekend of July 6 in Newark, Delaware. The ceremony will take place at the Courtyard Marriott located at the University of Delaware. Mkawasi Mcharo, KCA’s current president, said the theme of the two-day convention would be to search for leadership that unites Kenyans.

“We are looking for political leadership that creates unity among Kenyans beyond tribe and reduces economic imbalance,” Mcharo said.

One of the weekend’s highlights will be the presentation of the KCA Award for Excellence, Mcharo said. This year’s honoree is Dr. Shem Ochuodho, who will be celebrated for his commitment to bringing Information and Communication Technology to Kenya. He currently works for the government of Rwanda as Information Technology advisor. In an e-mail response to Mcharo, Ochuodho said he felt honored to receive the award.

“It is indeed very stimulating to know that there are people out there who notice some of the little things “servants” like you and I do in the course of our duties,” said Ochuodho.

Since its founding, KCA has made significant contributions to Kenya’s social, political and economic arena. The organization has evolved to become sort of a lobby group, advocating for interests of its 12,000 members and fellow citizens in Kenya. KCA is especially known for collecting more than 10,000 signatures in 2004, lobby for the inclusion of dual citizenship in the draft of a new constitution.

During the long contentious period that produced three different versions of the constitution namely the Bomas Draft, the Minimum Reform Draft and the Wako Draft, KCA kept representatives on the ground to make sure that whichever document prevailed contained a section that legalized dual citizenship. In the end, the organization achieved that goal.

Although Kenyans rejected the government-sponsored Wako Draft, the only one to make it to a November 2005 referendum, the attempt was a milestone because it made Kenyan politicians aware that KCA was a force to reckon with, Nyanchama said.

“Since our work in the drafting of the constitution, we have seen several politicians come to court us,” he said. “KCA has put the word “Diaspora” in Kenyans’ thinking.”

KCA’s rise to prominence did not come easy, however, said Kimani, beginning right from the start.

“I remember very heated debates on whether we had the right to call ourselves that (KCA) when in essence there were thousands of Kenyans abroad and we barely numbered a hundred by then, but we stuck to our belief that we were indeed the Kenyan Community Abroad,” Kimani said.

Then there were financial problems. As the organization struggled to conduct its business and publicize its mission, it was drawn back by lack of funds. The $30 membership fee almost entirely went to hosting and maintaining its Web site, Kimani said.

But in the end it was the Internet that accelerated KCA’s approach, said Nyanchama, the founding president, who holds a PhD. in Computer Science from the University of Western Ontario.

“The Internet was a God-sent to us because it democratized the space and gave a voice to the voiceless,” Nyanchama said.
Registration for the two-day conference in Delaware can be made in online at the KCA’s Web site, www.kenyansabroad.org.