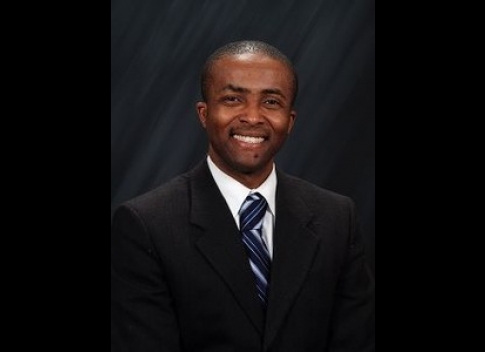 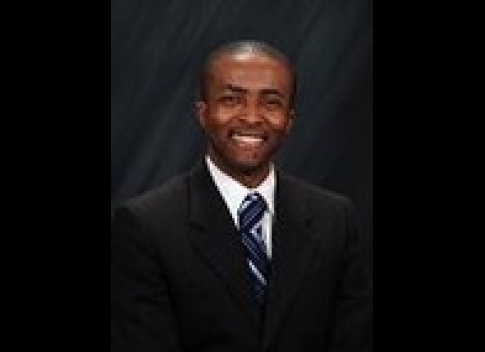 At a historic moment for immigration law in America, an African lawyer in Minnesota has made a little history of his own.

In late May, the Minnesota and Dakotas chapter of the American Immigration Lawyers Association (AILA) elected immigration lawyer, Paschal Nwokocha, as their vice chair. Nwokocha, who will transition into the top chair position next year, has become the first African to sit on the executive board of AILA in Minnesota.

“I cannot think of a professional organization in this country that has pushed for immigration reform as much as AILA,” said Nwokocha, who was born in Nigeria and graduated from William Mitchell College of Law in St. Paul. “AILA was in the heat of the immigration debate in Congress a few weeks ago and has been very proactive in advocating for immigration reform. You have excellent lawyers and activists all over the country.”

A national bar association established in 1946, AILA has over 10,000 members of lawyers and law professors who practice and teach immigration law. The local chapter comprises nearly 200 members in Minnesota, North and South Dakota, Iowa, and Wisconsin. AILA provides comprehensive up to date legal education to its members on the ever changing immigration laws and also works in advocacy. Nwokocha said that AILA led a call campaign urging citizens to voice their concerns about and support for the comprehensive immigration law reform bill with their legislators. He added that, while many immigration lawyers were disappointed in the bill’s failure in the Senate vote in June, he believes that ultimately a bill will pass the House and Senate.

“I do think something will pass through the Senate. In what shape or form, I do not know,” said Nwokocha. “You never know what it will mean for immigrants in this country until it is signed by the president.”

“There were some elements and amendments that were proposed by members in the Senate that were like a poison pill to the bill. We were letting our congress members know what things specifically to vote for in the bill.”

Nwokocha has also been at the forefront of working with legislators on the Liberian Adjustment and Relief Act, so that African immigrants who have Temporary Protective Status (TPS) are offered permanent residency in the US. The TPS status of some 15,000 Liberians expires in October, as they were not renewed by the Secretary of Homeland Security. Nwokocha explains that the legislation — similar bills have been introduced in both the House and Senate — could affect more than just Liberians, including immigrants from Sierra Leone, Sudan, Somalia, Rwanda, and Burundi.

“We are hoping something will happen before October. If it doesn’t, people will be in a state of panic,” he said. “It has been introduced in the Senate. It got lost in the shuffle of the comprehensive immigration reform. These people have been here legally for so long and nobody is talking about them, in part, because they are not from [Mexico].”

The 35-year-old Nwokocha has had his own practice, Paschal Nwokocha Law Offices, since 1999, which is when he first started becoming active in AILA. He previously worked as an assistant to the Attorney General of Minnesota. Based in St. Paul on University Avenue, Paschal Nwokocha Law Offices focuses on immigration law for individuals and businesses nationwide. Most recently, his office helped helped more than 100 African nurses, who were recruited by US companies from Africa, to immigrate legally into the US. While Nwokocha stressed that his practice serves many individuals of many ethnicities and many different businesses across the nation, he said that he looks forward to also highlighting some issues important to African immigrants.

“There are more Africans coming into America,” he said. “The issues that upset them are always in the backbone in this country. They are not as prominent as the issues Latinos and Asians are dealing with. This gives me another platform for me to advocate on behalf of my people.”

After two years serving as vice chair and chair of AILA in Minnesota, Elizabeth Streefland knows the  critical importance and the demands of volunteering for the organization.
She appointed Nwokocha as an AILA liaison to the US Immigration and Customs Enforcement office and supported his election as vice chair. She said she often worked 5-20 hours a week for AILA as chair, hours that fell outside of her private practice, and she believes Nwokocha is up to the task.

“He is extremely smart, impeccable in his manners, attitude, and language,” Streefland said. “He is on the ball. He is one of the impressive lawyers. He always knows what he is doing. He is always very polite.”

Streefland, who has practiced immigration law in the Twin Cities for 13 years, said that Paschal will also add much needed diversity to the AILA chairs.

“There was only one African American women in the group of chairs last year,” said Streefland. “I was surprised by the lack of racial diversity on the board of governors. [Diversity] is a very important issue to me. I tried to get more people involved. I very strongly wanted Paschal [Nwokocha] to be on the board.”

Streefland expressed confidence in Nwokocha fulfilling his position as vice chair now and taking over as chair of the local AILA chapter next year. She explained that beyond advocacy and consulting, AILA chapters keep each other up to date on the applications of changing immigration law.

“The main thing that our chapter does is that we work hard as a national organization to keep the chapter members updated on what is going nationally and locally,” she said. “The laws are in constant change. There is no way you can keep up with how the laws change and affect immigrants, so we need to work together.”

Setting a High Bar for the Diaspora

As a lawyer, Nwokocha might be fond of fine suits and clothing, but his first dream occupation was to be a man of the cloth.

“I had always wanted to be a Catholic priest,” said Nwokocha, who lives with his wife and two children in Plymouth. In  Owerri, Nigeria, he had even attended seminary at the Seat of Wisdom Seminary. While studying at the University of St. Thomas, he soon realized that his life would take another direction, and, after graduating he became more and more drawn to going into law.

Now with his own practice and as a chair of AILA,  Nwokocha hopes to set an example not only for other lawyers but for Africans across the Diaspora.

“In whatever organization we belong to, we have to be active whether you are an accountant, a physician, or working in a nursing home, you have to do more than show up for work from 9 to 5 and go home,” he said. “You have to go beyond that and make a difference. We have to be involved in community organizations and being on boards. We have to write, speak, and do whatever we can to distinguish ourselves. We have an extra burden because of where we come from.”

Nwokocha noted that there are up to 30 African lawyers in Minnesota, whose countries of origin range from South Africa to Kenya to Cameroon. He added that many of them practice immigration law.

“For me, it is good to affect some systematic change and act as a mentor to other lawyers and African lawyers in the Diaspora who are trying to get into the system and practice law,” he said. “I could just say that I have made it. I can say I am a lawyer. So you are not just a lawyer. You are a lawyer with accent. A black lawyer with an accent from Africa. So you have to go beyond the call of duty in order to really excel.”

“I have seen that happen more and more. There a quite a few recent graduates and professionals stepping up into different roles and in social and community organizations. I see the momentum.”

Another challenge that Nwokocha pointed out was the fragmentation of African communities, a challenge, he hopes, more and more Africans in Minnesota will overcome.

“At the end of the day, we are all from Africa,” he said. “Some people are stepping up and saying, ‘Look, we can be from East or West, but we are Africa and we have to support each other so that we can succeed in whatever endeavor we are in.’”