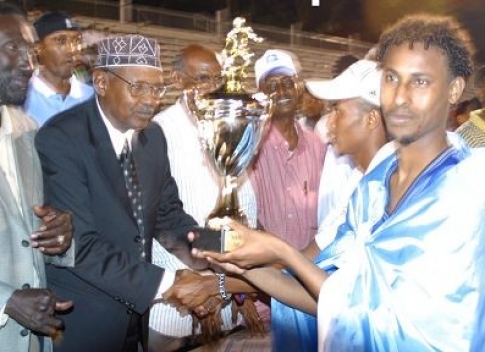 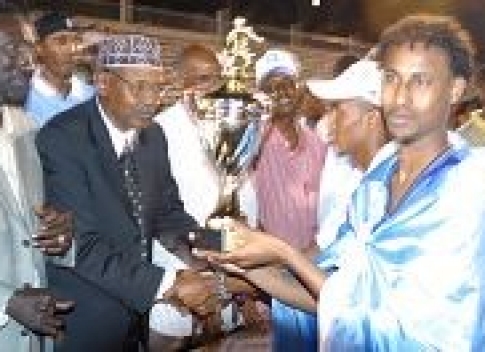 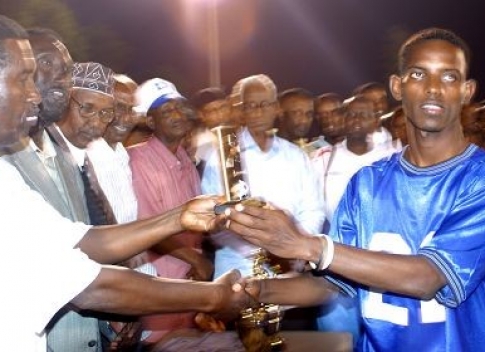 Hundreds of Somali nationals flocked James Griffin Stadium in St Paul over the weekend to celebrate 47 years of independence for the Horn of Africa nation.

Dressed in blue shirts and dresses and wearing caps with white stars to symbolize the Somali flag, the crowd consisting mostly of youngsters thronged the stadium on Sunday to witness the historic occasion that brought them together irrespective of their political affiliations.

The weekend activities were a culmination of a weeklong soccer tournament that attracted teams from as far as Georgia and Tennessee. Participants were also treated to a musical extravaganza with several Somali Artists performing on stage.” Let me assure today, that whatever happens to our nation, Somalia will ultimately emerge stronger" shouted Maryan, a Somali woman who witnessed the raising of Somali flag after the downfall of Italian occupation. She urged the youth to shun tribalism by establishing friendship amongst themselves regardless of their clan groupings.

At one point, the crowd burst into laughter when the soccer commentator decided to imitate renowned BBC Somali reporter Ahmed Mohamed. Mohamed has been with BBC for close to two decades and his voice is familiar with many Somalis. Security was beefed up at the stadium located in Central High School off Interstate 94 East. The City’s special Gang Unit had a visible presence at the festivities while several chase cars kept vigil outside the stadium.

At one time police who were busy watching the soccer match were caught off-guard when two teenage girls exchanged blows near the main entrance. An officer manning the gate had to rush in to separate them as reinforcements joined in to keep the peace. But save for these minor altercations, the ceremony ended on a peaceful note.

Spectators brazed the afternoon sunny weather to watch the match between Communality and Ohio. Communality, a Minneapolis based club managed to defeat Ohio in the semi-finals. Soccer lovers returned to the stadium once again on Monday evening to watch the finals pitting Communality against Midnimo.  Midnimo from the southwest suburbs of Burnsville displayed their superior mastery of the game with attacks and well coordinated passes. However both teams failed to score in the first half. It was only on the second half that Midnimo players managed to translate their maneuvers into actions by netting 3 goals past the net of Communality’s goalkeeper. Whistles rented the air as hundreds of Midnimo’s supporters belted out jubilant ululations.