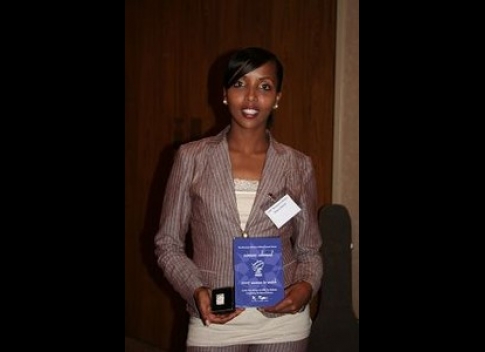 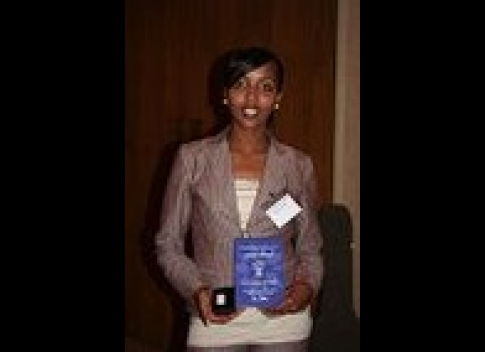 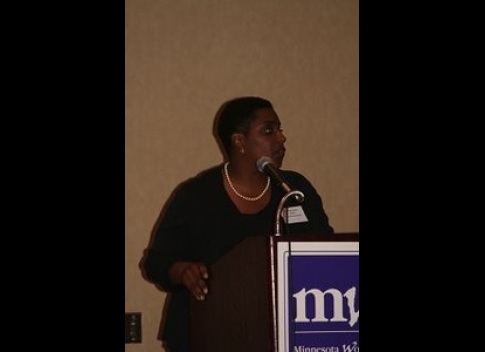 The Minnesota Women’s Political Caucus (MWPC) presented awards to women who had made achievements in various professions. Elin Malmquist Skinner, Minnesota State Senator Mee Moua and Nimco Ahmed were among a group of women honored at the 33rd annual Founding Feminist’s dinner in June in a hotel in Minneapolis.

The award categories were: the Lifetime Achievement Award, Founding Feminists and Women to Watch.

Women to Watch
This award is given women thirty five and under who are working to improve the status of women in the community.

Nimco Ahmed, a native of Somalia, was recognized as an active community organizer, not only in the Somali community in Minnesota, but also in her work on several local and national political campaigns. Ahmed who works as a political aide to Minneapolis City Councilmember Robert Lilgren is also the director of the Democratic National Committee’s Women’s program.

In accepting her speech, Ahmed credited the late Senator Paul Wellstone in making her believe that she could make a difference in society. Excited by the work she does Ahmed credited her political activism to a “natural need to speak for those who can’t speak.” As she pointed into the audience to her 4-yr old niece, little Nimco, Ahmed declared that “she is the reason why society has to change.”

Dyane Garvey who was awarded for her commitment to helping nonprofits and small businesses become sustainable and thriving assets to the community, “You do it because you have to.” Garvey is the Executive Director of Hmong American Institute for Learning, an organization that promotes the Hmong culture through art. As a young woman, Garvey watched as women in her community were not allowed to express themselves. However, she was convinced then and now that,” women have a story to tell, and knowledge that must be allowed to pass onto the next generation.”

Founding Feminists
This award recognizes pioneers in the fight for women’s rights Winona LaDuke, a Native American, who ran for the office of the Vice President of the United States as the nominee of the Green Party, was awarded for her continued work as an activist, environmentalist, economist and writer. She has worked tirelessly to preserve the Native American heritage. In her acceptance speech in which she hoped to pass her legacy onto her children she said,” Sustainable societies are built on the respect and acknowledgement of diversity.”

Peggy Leppik, who chairs the Environment Committee and serves on the Transportation Committee, served seven terms in the Minnesota House of Representatives is seen by many women as an inspiration. Accepting her speech, she paid tribute to feminist Betty Friedan who inspired her in her book The Feminine Mystique “I stand on the shoulder of thousands of women who have stood for the rights of women.”

Mee Moua, Minnesota State Senator, was the first Hmong woman elected to the Senate. Senator Moua was recognized for her continued efforts in making policy changes that will give rights to women and people of color. “We will continue working hard, because there is still so much to do,” she promised.

Ember Reichgott Junge, a former US Senator, was recognized for her work as an attorney and radio personality in highlighting and meeting the needs of women. In paying tribute to her mother, who instilled in her the passion to make community change said, “It is our responsibility to inspire the next generation.”

The Lifetime Achievement Award was given to Elin Malmquist Skinner for her outstanding work as an activist for women and children’s rights. While she has never run for public office, Skinner has worked behind the scenes encouraging many women to pursue their dream as a leader. It is for these efforts and a lobbyist that she was recognized for. She is also a founding member of the MWPC and the Minnesota Women’s Consortium.