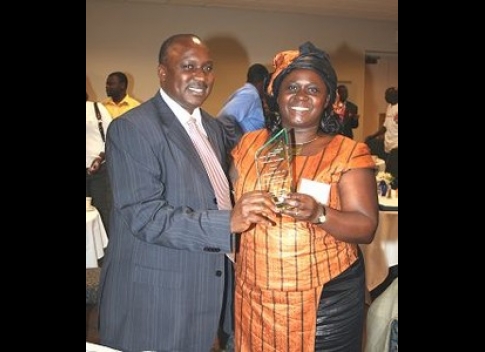 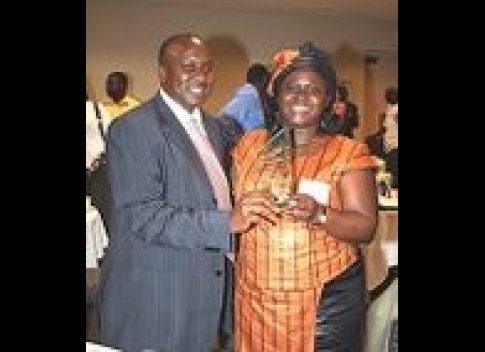 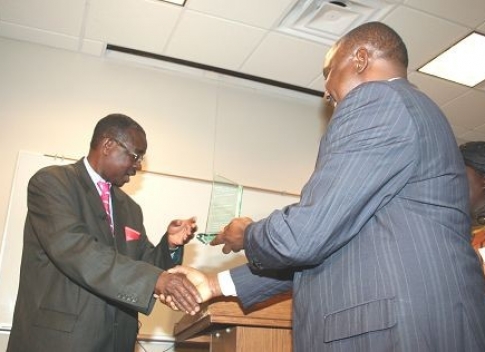 WILMINGTON: The recipient of the prestigious 2006 Kenyan Community Abroad (KCA) Excellence Award has castigated the Kibaki government for not living up to the people’s expectations. In his one-hour long acceptance speech Saturday night at the KCA 2007 conference in Delaware , Dr. Shem Ochuodho said “there are many good things the NARC government has done but there are many others that the government has not only failed to do but has aggravated”. Mr. Ochuodho is the recipient of this year’s KCA Award of Excellence.

He cited failure to put in place a new constitution as promised during the 2002 campaigns, failure to curb rampart corruption, nepotism and tribalism, and the failure to repair the aging infrastructure.

Dr. Ochuodho, however, hailed the Kenyan government for finally recognizing the important role played the Kenyan Diaspora in the development of the country. He also expressed satisfaction at the steps being taken towards the East African regional integration.

He expressed gratitude to the KCA for “meaningfully mobilizing the Kenyan Diaspora to stand up against authoritarian rule,’ and for ‘the coveted award.

Dr. Ochuodho, an ICT advisor to the Rwandan Minister of Information and Communications also called on the Kenyan government to urgently consider the promotion of information and technology as a way of accelerating Kenyan economic growth.

The excellence award ceremony coincided with the 10th anniversary of the founding of KCA. Dr. Ochuodho is a founding member. . Prominent past awardees include renowned environmentalist and Nobel laureate Dr. Wangari Maathai.