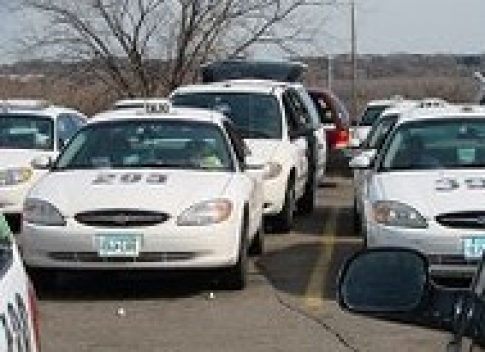 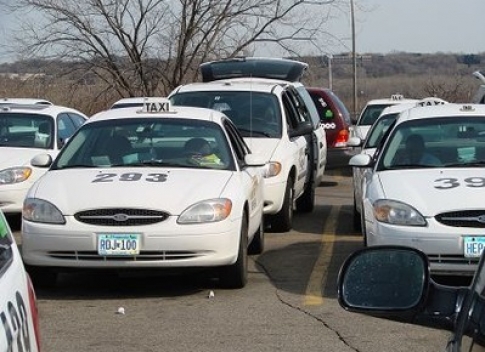 What do Muslim airport cab drivers and the Amish have in common?

In filing a lawsuit against the Metropolitan Airports Commission, a lawyer for the cabbies has cited a 1990 Minnesota Supreme Court ruling that granted Amish plaintiffs their desire to avoid using the state’s safety symbols on their buggies.

Like the Amish case, the lawyer, Jeffrey Hassan, is hoping that the judge presiding over his case will rule that his clients’ freedom of religion is violated, and that they were discriminated against.

According to the complaint, filed in Hennepin County Court District late last month, 11 drivers want a judge to issue an injunction asking the commission to suspend a new penalty for cabbies who refuse to transport alcohol-toting customers.

In April, the commission unanimously approved a tough penalty system that went into effect in May. Drivers who refuse to transport customers for any reason beyond safety would lose their licenses for 30 days for the first offense and two years for a repeat offense.

Nine of the plaintiffs are Muslims; the other two are non-Muslims, according to the complaint. They are all African immigrants.

Based on "sincerely held religious beliefs," the Muslim plaintiffs claim that ferrying passengers with "exposed" alcohol "is considered a major sin." They also join the two non-Muslim drivers who accuse the commission of discriminating "against them and other similarly situated black and African-origin taxi drivers by employing a system that degrades, dehumanizes and treats them differently."

Nearly 70 percent of the airport’s taxi drivers are African immigrants, and most of them are from Somalia and Ethiopia.

The plaintiffs also claim that white-dominated limousine and shuttle service drivers are given preferential treatment. For example, taxi drivers have to wait for the next fare in a fenced "holding" area adjacent to the airport. These rules don’t apply to limousine drivers, the complaint said.

Insufficient bathrooms and running water in the fenced area "is remindful of a third-world refugee camp," the complaint said. Drivers are not allowed to leave their vehicles while waiting for the next fare, which can take two to three hours, according to the complaint.

Amish won similar case
In a memorandum attached to the complaint, Hassan cites a 1990 landmark case in Minnesota. The state Supreme Court ruled in favor of Amish plaintiffs who, because of their religious beliefs, disobeyed a traffic statue requiring them to display a triangular orange symbol on the rear of their buggies. The state of Minnesota claimed the glow-in-the-dark symbol was supposed to protect both the buggy drivers and automobile drivers.
In that ruling, the court said the state’s Constitution has a "distinctively stronger character than the [First Amendment,]" which broadly addresses freedom of religion.

To prove "compelling" public interest, the court said that "the state should be required to demonstrate that [the matter] cannot be achieved by proposed alternative means … and less restrictive ways."

The airport drivers’ lawsuit cites an alternative agreement reached with the commission last September. Under that agreement, teetotaler cabbies agreed to pay for a distinctive top-light that would signal to booze-wielding passengers that they wouldn’t transport them.

Hassan says that would have been a less-restrictive measure.

The commission scrubbed that plan under immense public pressure. Among other things, the commission cited fears that customers would begin to choose non-Muslim cabbies, which would lead to potential discrimination suits.

Michael Jordan, a law professor at William Mitchell College in St. Paul and expert on employment law, said the burden of proof is on the commission.

"The thrust of the complaint…is to do whatever possible to accommodate deeply rooted religious beliefs," he said. "[The commissin] has to show evidence of its fear and that it exhausted alternative means to address the issue."

Cabdrivers are seeking compensatory damages of $50,000 and attorney fees.

The case is still pending.