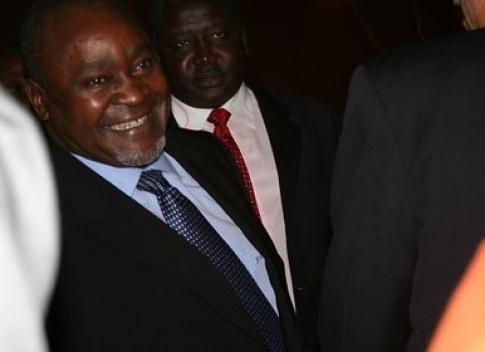 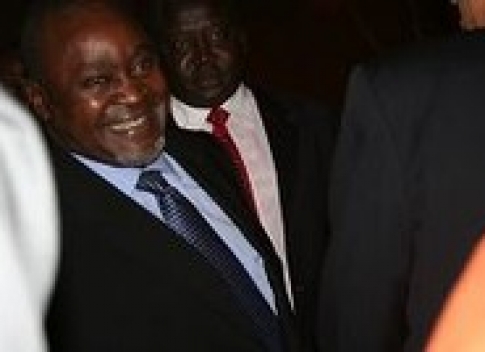 Delivering a keynote speech at the 19th annual Ugandan North American Association conference in San Francisco, Calif., Bukenya deplored Ugandans for being asleep at the wheel by exporting raw coffee beans and cotton, while roast coffee sells for three times as much and T-shirts sell for 40 times as much.

“We will no longer sell lint cotton to anybody in this whole world.  We don’t want to sell anybody green coffee,” Bukenya said, while displaying slides of new coffee roasteries and textile factories that are being set up in Uganda.

Bukenya invited the audience to invest in the new industry.

“This is my challenge to you.  Make that money,” he said.

With an annual GDP growth rate of 5.3 percent and decreasing dependence on the agricultural sector – it now accounts for 29 percent of the GDP, compared to 54 percent twenty years ago – Bukenya called Uganda’s economy ripe for investment.

Addressing concerns that oil and natural gas  would intensify corruption and lead to conflict as witnessed in oil-rich nations like Angola and Nigeria, Bukenya assured Ugandas that the discovery of the new resources would not be a spoiler.

Bukenya said Uganda is planning to apply the “Norwegian Model”, putting all the revenue from the sale of the oil and gas into an offshore account, and drawing the interest for poverty eradication, capital investment in agriculture, transportation infrastructure and education.

The vice president painted a less rosy picture of microeconomics in Uganda.

“Our people are sleeping in grass huts, even some of your relatives," he said " When they improve, they put some steel sheets on top, they still sleep on the soil.  If they begin earning money, it will change them."

“You’ve been spending a lot of money,” he said.

“You have been sending money to your mother to buy a blanket, or to eat for the next two weeks, then you send a little more," Bukenya said.

“You can earn money everyday from this cow,” he added, pointing to a slide of a black and white heifer.  “Why don’t you buy her one?”

Bukenya implored the conference attendees to fund income-generating projects for their relatives, suggesting that they buy cows for producing milk, chickens for eggs, mango or apple trees, even bees for honey.

The Vice President concluded his address with an endorsement of his boss, President Yoweri Museveni. The president has been in office since 1986 and has thrice been returned to office by direct elections that were first held in 1996.  Museveni persuaded Parliament to abolish the constitutional limit on presidential terms in 2005, allowing for his reelection in 2006 and leading some speculations that he has no intention of ever stepping down.

Bukenya said Museveni deserved praise for the dramatic decrease in the HIV/AIDS infection rate from 30 percent to 6 percent and implementation of free universal primary education that Uganda has enjoyed during his tenure. Taking a jab at partisanship in the United States, Bukenya implied that Uganda should keep Museveni in office and hold off on engaging in multi-party politics, which the president has long restricted.

“The government has been a good government. And I think you should give it more time. Some people are still in slumber, let it continue until more people wake -up and you should have reason of political practice.”