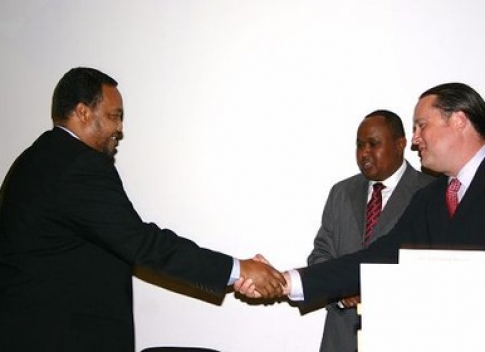 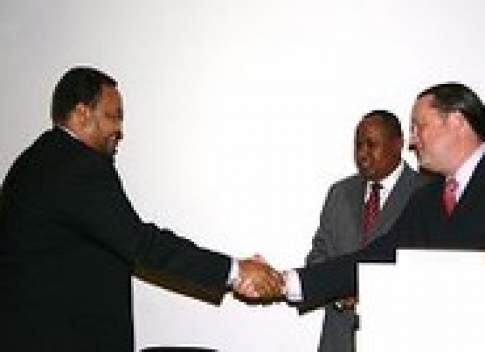 A non-profit organization started in Minnesota three years ago to help African immigrants entrepreneurs navigate a complicated U.S. financial system, honored some of them Saturday for their success in business.

The executive director of African Development Center, Hussein Samatar, said that through their success, those honored had given ADC credibility and contributed to its growth. Samatar said the founding of ADC was out of realization that although Africans were one of Minnesota’s fastest growing immigrant communities, they were lagging behind in entrepreneurship and as home owners.

While presenting the winners with their awards, Robert Lilligren, a Minneapolis City Council member who represents District 6, said he was impressed by the success of the African immigrant community in Minnesota. He urged Africans to invest in homes.

“Homeownership brings tremendous stability to the individuals and families that make up a community,” Lilligren said.

Approximately 13 percent of Minnesota’s foreign-born population is African – the highest rate of any state in the United States. That number continues to grow, and so do businesses and the need for financial services among the community. In 1994, there was no significant African immigrant business in Minnesota. Currently there are about 1,200 businesses owned and managed by Africans.

ADC works within the African communities in Minnesota to start and sustain successful businesses, build assets, and promote community reinvestment, according to its founders. The third annual dinner, which also served as an outline of ADC’s growth, was attended by several prominent African business people.

One of ADC’s most notable achievements is the tailoring of loans to be Sharia-compliant to make them attractive to Muslims. Minneapolis is the first city in the United States to offer such a financing product. These loans targets low and moderate income borrowers.

Some of the businesses honored were Tam Tams, a restaurant that serves East African cuisine, and Afrik Grocery, both in the Riverside/Cedar area of Minneapolis.

The proprietor of Afrik Grocery, Abdikatar Aden, was given the evening’s Hero Award for community service, for his commitment to helping his customers –particularly Somalis – understand American culture. As his clients buy their daily groceries, Aden teaches them simple English words and general American culture. His tutoring has helped initiate Somalis into the American system.

Steven Kaggwa, who owns Tam Tams Restaurant, said that working with ADC had been a humbling experience for him. Kaggwa, who is from Uganda, had been unable to get financing from mainstream institutions because he only had one year of credit history. As with all its customers, ADC helped him not only finance his dream, but also trained him in entrepreneurship.

Hussein Ahmed Ali a trucking business owner amused guests with tales of his inexperience in business before ADC came to his rescue.

“I had no idea on how to get a loan, let alone fill out a form," said Ali.

Ali is ADC’s first client to entirely pay off his loan.  He has two trucks and looks forward to expanding his trucking business to ten trucks within the next 10 yrs.

After Amina Ahmed moved to Minnesota from Somalia, she did not know what her future would hold. Thanks to ADC’s loan services, she now owns a fast growing store, Lucky Fashions, at the Village Market, on 24th Street and 10th Avenue, in Minneapolis.

When Sadiyo Warsame wanted to buy a house, she attended ADC’s home ownership and financial literacy training. According to ADC officials Warsame wanted to buy a six-bedroom house. However, ADC’s budgeting classes allowed her to see that a three-bedroom town home was a better financial decision. She bought the three-bedroom home and is very pleased with the decision she made with ADC’s help.

"I have now realized my American dream," Warsame said.