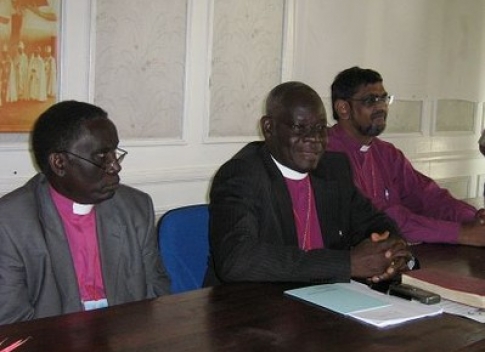 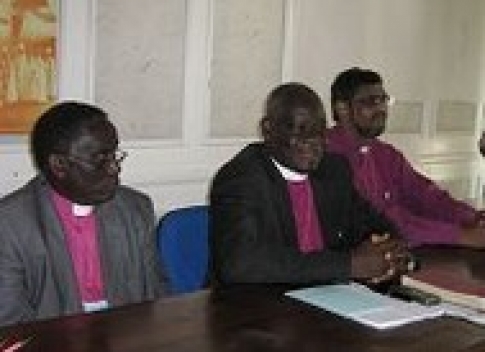 QUATRE-BORNES, Mauritius –The president of the Council of Anglican Provinces of Africa, Archbishop Peter Akinola of Nigeria, said at a convention in Mauritius that the Anglican Church in Africa had more serious problems to address than its stance on homosexuality.

The Anglican primate was speaking to journalists after the two-day closed-door CAPA meeting that began in the Indian Ocean island on Oct. 3. While responding to a question from the press, Archbishop Akinola said the church would focus on problems like the HIV/AIDS pandemic and the crises in Darfur and Zimbabwe, which he said threatened the wellbeing of Africa.

“Homosexuality is not our headache,” Archbishop Akinola said. “Everything that has to be said has been said. We are not going back to it.”

Affirming that unity in the communion was of course crucial, Archbishop Akinola pointed out that every organization has got its own problems.

“When we resolve our problem, we’ll let the world know through the media,” he said.
Homosexuality has been a contentious and divisive issue among Anglican believers. The crisis reached a climax in 2003 when the U.S. Diocese of New Hampshire elected V. Gene Robinson, an openly gay man, as bishop. The General Convention of the Episcopal Church confirmed him and its presiding bishop participated at Robinson’s consecration. In February 2004, 13 Global South Primates, including eight from Africa, denounced the actions of the Episcopal Church as a “direct repudiation of the clear teaching of the Holy Scriptures, historic faith and order of the church.” In April 2004, CAPA pledged to reject donations from the American dioceses that supported Robinson.

At the conference, Bishop Trevor Mwamba of Botswana read CAPA’s statement that in part addressed the division in the church. The report acknowledged that the church had been unable to ignore the current crisis in its communion, but denied that CAPA was to blame.

“The current situation is a twofold crisis for the Anglican Communion: A crisis of doctrine and a crisis of leadership, in which the failure of the instruments of the Communion to exercise discipline had called into question the viability of the Anglican Communion as a united Christian body under a common foundation of faith, as is supposed by the Chicago-Lambeth Quadrilateral,” Bishop Mwamba read from the report.

“Due to this breakdown of discipline, we are not sure that we can in good conscience continue to spend our time, our money and our prayers on behalf of a body that proclaims two Gospels: the Gospel of Christ and the Gospel of Sexuality,” he added.

Further in the statement Bishop Mwamba expressed CAPA’s distress concerning the oppression of Buddhist monks by Myanmar’s military junta, and the suffering and devastation that occurred in East, Central and West Africa as a result of recent drought and floods.

“We are also disturbed by accounts of military oppression in Myanmar, political oppression in Zimbabwe and by the conflict between Muslims and Christians in Darfur, Sudan,” Bishop Mwamba said.

The Council commended local churches and the wider world community for their response to the disaster.

“We are praying that all those affected will quickly receive the practical aid that is so sorely needed and the abiding comfort of God’s Holy Spirit,” Bishop Mwamba said.

In the statement CAPA said the church was trying to see how the Zimbabwean issue could be resolved in peace.

Archbishop Akinola added that the problem was of concern to the Southern African Development Community and was no longer confined to Zimbabwe.

CAPA commended Mauritius for its multi-ethnic society, a stable democracy, regular free elections, and a positive human rights record – qualities that the clergymen said not all African nations were blessed with.

However, CAPA acknowledged that there were encouraging signs in Africa.

“After years of devastating war, there are glimmers of hope in Democratic Republic of Congo,” the report said. “And the now vibrant economies of Kenya and Ghana have recently drawn plaudits from the World Bank.”

This year the theme of the Council’s meeting was “Called to a Life of Faithfulness.”
In the statement CAPA said obedience and faithful living was important to make progress in the work toward the eradication of HIV/AIDS.

“The disturbing growth in the numbers of new infections reminds us that the battle is far from over. This is especially true for many women in Africa who find themselves increasingly vulnerable to sexual oppression and abuse,” the report said.

CAPA also called upon the United Nations and the governments of the G8 nations “to fulfill their commitments so that the suffering of our most vulnerable sisters and brothers can be alleviated.”

When asked about the role of women in the communion in fighting back the problem of HIV/AIDS, the program coordinator of the council, Emmanuel Olatunji, said CAPA had a plan.

“The church in Africa has already developed a strategy which includes the involvement of women,” Olatunji said.

Concerning the financial support of CAPA, there had been unanimous conviction that all provinces presently in arrears will fulfill their commitments by the end of 2007, according to the report.

“We were also reminded that the number of people living in abject poverty within our provinces continues to grow and is a devastating indictment of poor governance in a continent that has been blessed by God with remarkable resources,” Bishop Mwamba said.

CAPA also urged churches to reach out to the youth of the provinces so that “they are empowered to stand against the false promises of materialism that bombard their minds.”

Munawar Namdarkhan is Mshale's correspondent covering the Indian Ocean islands in Africa including Mauritius where she is based. She is a reporter with Le Mauricien newspaper in the capital Port Louis.