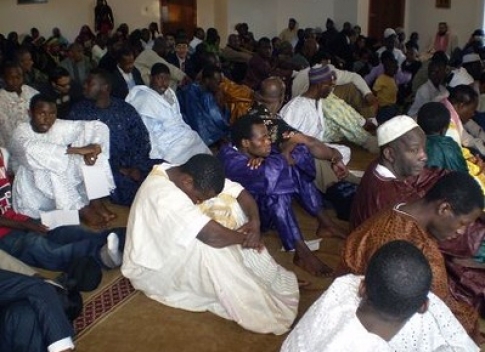 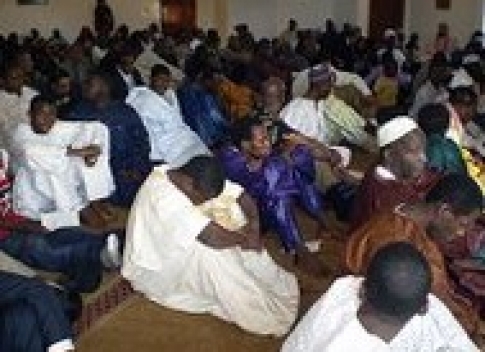 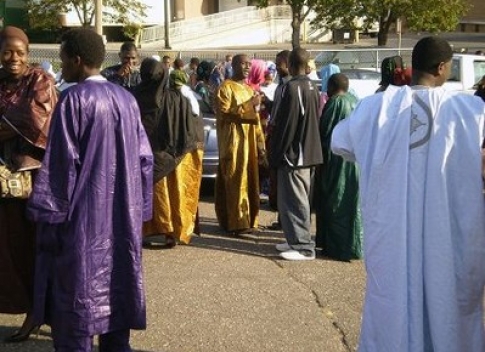 MINNEAPOLIS – Muslims in the Twin Cities joined their 1.5 billion brethren across the globe Saturday to celebrate the end of the holy month of Ramadhan with congregational prayers and gift exchanging.

Addressing a multitude of Muslim believers at the Masjid An-Nur mosque located along Lyndale Avenue in North Minneapolis during the Eid-el-Fitr prayers, Imam Makram El-Amin told his congregation that Muslims had emerged from the month of fasting with “renewed hope and expectations for great rewards from God.”

“You have every reason to smile, celebrate, exchange gifts, give to charity in the belief that Allah will return to us our good deeds in manifold measure,” the Imam told worshippers dressed in colorful attire.

The Imam said fasting was a period of exercising self-restraint, learning self-discipline, reconnecting with the Creator, building strong bonds in communities, and “a time of substituting the wrong with the good.”

He said that through fasting Muslims “restrained themselves from their strongest human urges because of Allah, and have repossessed the Garden (of Eden).”

“We have positioned ourselves in a point of strength and Allah has given us peace of mind and heart as ours is a religion of love, mercy and good neighborliness,” he said.

The Imam urged Muslims to spend time with their family members and friends, and to socialize with neighbors, for Eid-el-Fitr was a day of festivities. But he advised them not to make wasteful spending. He asked those with the means to give generously to the less privileged in society, and those who did not have material goods to give love.

“A smile, kind words and a hug is an act of charity,” he said.

The Muslim community venerates the Holy month of Ramadhan because it was during this month on the Night of Power that God revealed the Qur’an, the Islamic Book of guidance to Prophet Muhammad to deliver humanity from darkness into light.

Muslims take great delight in inviting friends and neighbors for tasty meals and soft drinks to mark the end of Ramadhan.

“My doors are open for great kuskus (spiced rice),” remarked Mahmoud, a businessman of Moroccan origin, as he hugged fellow worshippers outside the mosque.

Abdul Nasir, a taxi driver from Somalia, was overhead telling a couple who hired his cab to drop by at his Lake Street residence for special roast goat meat.

“We Somalis love a taste of tender goat meat during Eid, so please come join my family. On a day like this, we love to entertain guests,” he joyfully chuckled.