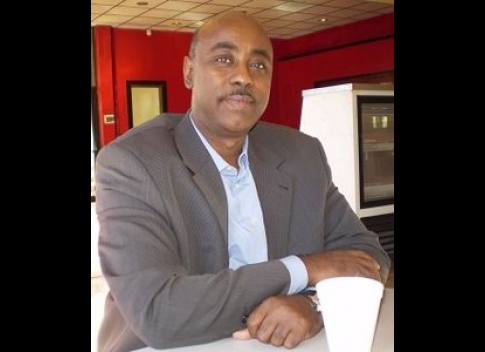 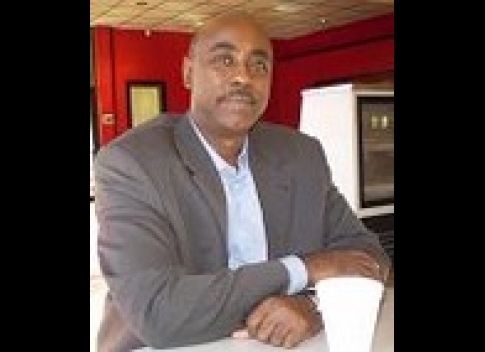 Abdurahman Ali Osman, a peace-activist and businessman in Minnesota, has announced plans to go back to his native Somalia to vie for the vacant post of Prime Minister following the resignation of Ali Mohamed Gedi at the end of October.

“I believe I have the desire and the ability to regroup the people of Somalia and create a package that will work for the common good of Somalia,” Osman said. “I have what it takes to put that package in place as I have been involved in peace negotiations since 1993, the 1995 peace package and the 2004 peace plan that brought to power the Transitional Federal Government of Abdilah Yusuf.”

Speaking to his supporters and reporters at the Profile Music/Casablanca Restaurant in Minneapolis on Nov. 1, Osman said he enjoyed the support of Minnesota’s Somali community and told Mshale that he has been receiving calls from home to go and fill vacancy.

Osman, 49, holds a Bachelor’s degree in political science and a Master’s degree in economics from the University of California. He said he had friends in diplomatic circles of the United States, United Nations and neighboring countries who desired Somalia to be stable and peaceful.

Asked why Prime Minister Gedi had to step down, he replied: “Multiple things drove him out of office. He lost grip of things in Somalia and the security situation got worse. He has been accused of many shortcomings like not being able to work with the President or the Parliament. Due to the many unresolved internal crisis, he had to go.”

On the question of having Ethiopian forces on the ground to pacify Mogadishu, he said Somalis were divided on this matter.

Osman told Mshale that the Ethiopian forces were invited by the Transitional Federal Government and were there to ensure security in the Horn of Africa region.

“What we need is a man with a clean hand and heart to negotiate and settle differences as throwing stones on tanks will not solve anything,” He said. “I will conduct a conversation with all involved parties until we reach a common ground.”

Osman said he was certain that the estimated two million Somalis in the Diaspora are “a critical mass that sustained the lives of their relatives still in Somalia.” He said planned to create a favorable atmosphere for the return of the Somali Diaspora so that they can re-build their country, which has been shattered and ravaged by war. A stable political atmosphere in Somalia would encourage foreign investment thus growing jobs for the people, he said.

He said there was need to restructure the Somali national army, harmonize opposing warlords and their militia groups and integrate them into the national army under one commander-in-chief.

On Islamic Courts, Osman said they had a positive role to play as long as “they apply the Sharia (Islamic law) to work in the interest of the people in the true Islamic spirit.” The Islamic Courts have to agree to deal with Ethiopian forces now on the ground to prevent things “going out of hand again,” he said.

Osman conceded that Somaliland (northern Somalia) had created its own autonomous state, a reality he acknowledged, although he did not rule out the possibility of re-negotiating their return to a federal structure of government. Somaliland is a de facto independent republic whose 1991 independence from Somalia has not been recognized by the international community.

Osman’s pragmatism, he said, would allow him to improve Somalia’s foreign policy to strengthen ties with international organizations such as the Intergovernmental Authority on Development (IGAD), the Arab League, the Organization of Islamic Conference which started in Somalia in 1967, the African Union and the United Nations.

He noted with regret how Somalia has disintegrated over the years of war since conflict started in 1991. He was saddened that a broken infrastructure has displaced over 2 million people making Somalia almost non-existent.

“This is going to be an overwhelming burden on our shoulders,” he said, “but we have to provide leadership and work with our neighbors, regional groups and tap all help we can obtain from the United Nations. Our goal is to make Somalia a part of the global community instead of making the global community a part of Somalia.”

Osman has business contacts with Kenya, Malaysia, Ethiopia and the United Arab Emirates. If appointed Prime Minister, his first order of business would be to pacifying Mogadishu, strengthening the Transitional Federal Government so that it can function to re-unite the people and restore peace and stability in the country and co-operate with its neighbors, he said.